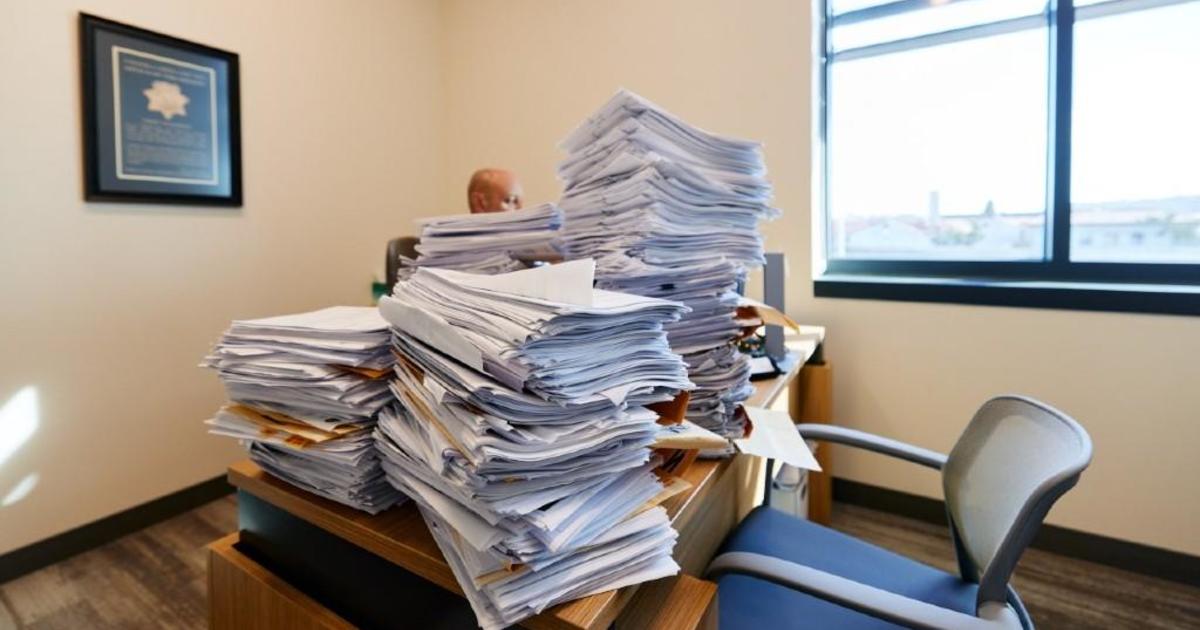 CONTRA COSTA COUNTY – The Contra Costa County Sheriff’s Office has announced it is dealing with a growing backlog of applications for concealed weapons permits in the wake of a recent U.S. Supreme Court decision.

Officials said the department has received several hundred applications per month since June, when the court overturned a law in New York that limits who can get a concealed carry weapons permit (CCW) for those who can demonstrate a special need for self-defense.

The ruling also affected similar restrictions in California, and lawmakers in Sacramento failed to pass new limits on concealed weapons at the end of the legislative session in September.

On Thursday, the sheriff’s office said the backlog has now reached 1,000 applications. In a press release, the agency released a photo of a deputy sheriff going through piles of CCW applications that have yet to be processed.

Before the verdict, about 20 CCW applications were received by the bureau every month.

“We regret the delay and are processing the applications as quickly as possible,” said a spokesman for the sheriff’s office.

In response, the Contra Costa County Board of Supervisors approved additional sergeant and specialist positions in the sheriff’s office to address the backlog. The sheriff’s office said it is in the process of filling the new vacancies.

In addition to applications for new CCW permits, the agency is also handling pending renewals for approximately 500 people in the county who currently hold concealed carry permits.

According to the sheriff’s office, obtaining a CCW permit requires completing the application, submitting fingerprints, a background check, an interview and a training course, along with a $160 fee.