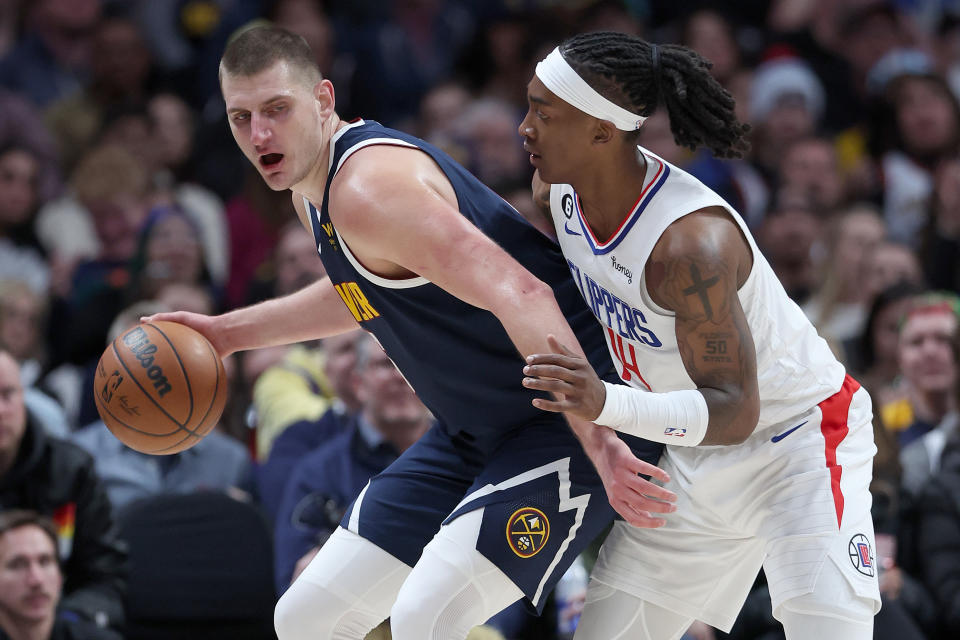 Can the Clippers avoid falling to .500 on Friday night?

Los Angeles hosts the Denver Nuggets (10 p.m. ET, ESPN) in the big NBA game of the day. Denver is a 1.5-point favorite on the road and is tied with the Memphis Grizzlies atop the Western Conference.

Denver’s place in the standings is largely supported by its success at home. The Nuggets are 18-3 at home and only 10-10 away.

The Clippers are 22-21 and are currently one game ahead of the Suns for the number 6 seed. That’s important because the top six teams in each conference are guaranteed a spot in the playoffs. Teams Nos. 7-10 play in the play-in tournament for the final two seeds.

Los Angeles is 1.5 games behind the Kings for fifth in the West. And just two games ahead of Portland in 11th. The West is currently extremely close. The Thunder and Lakers are half a game behind the Blazers and just a game behind the Timberwolves in 10th place.

That’s why a win for Los Angeles on Friday night is huge. The Clippers snapped a six-game losing streak on Tuesday with a 113-101 home win over the Dallas Mavericks to get back above .500. Los Angeles was 21-15 after beating the Raptors on the road for losses to the Celtics, Pacers, Heat, Nuggets, Timberwolves and Hawks.

That Nuggets loss wasn’t close either. Denver blitzed Los Angeles from the start of that game en route to an easy 122-91 home win. The Nuggets outscored the Clippers by 34 points in the first half as LA quickly realized the game was spiraling out of control with both Kawhi Leonard and Paul George playing less than 20 minutes each.

Leonard and George are both healthy and should be playing a lot more on Friday night. We really like over 225.5 points in this game. It feels like Denver has Los Angeles’ number, though we think the Clips will be a lot more competitive than they were in that 31-point loss.

Elsewhere in the NBA

The Suns go to Minnesota like dogs by 3.5 points in a crucial game between teams currently positioned in the play-in tournament. Both teams are without their stars as Phoenix tries to stay afloat without Devin Booker and Minnesota vacillates between winning streaks and losing streaks. The Wolves had snapped a four-game win streak earlier in the week with a 17-point loss to the Pistons.

The Bulls are the home favorite by 4.5 points against a Thunder team that is fun to watch and ahead of schedule in rebuilding. Shai Gilgeous-Alexander has become one of the best guards in the NBA and can seemingly get into paint at will. The Thunder are in the middle of a back-to-back after beating the 76ers by 19 points on Thursday night.

Jordan Spieth shot a 6-under 64 in the first round of the Sony Open to lead alongside Chris Kirk and Taylor Montgomery.

Spieth is now at +400 to win the tournament ahead of Montgomery at +800 and Harris English at +1600. English is one stroke back from the lead.

Most golfers completed the first round on Thursday, but a few have yet to finish after play has been suspended for darkness. So is SH Kim, who is 5-under through 16 holes. Kim and English are among seven golfers to finish the day with a shot back from Spieth and co.

Spieth had an early start time on Thursday, so he’ll be playing prime time in the mainland United States on Friday night. The TV broadcast begins at 7 p.m. ET on the Golf Channel.

Illinois was preferred to the state of Michigan

Illinois also lost to Northwestern on January 4, but has since won against Wisconsin and Nebraska.

Who redeemed tickets on Thursday?

Thunder punters were happy with OKC’s win and Mavericks punters took a big win in double overtime in a 119-115 victory over the Lakers. Cleveland beat Portland by six points on the road and Boston beat a Kevin Durant-less Brooklyn by 11 points on the road.