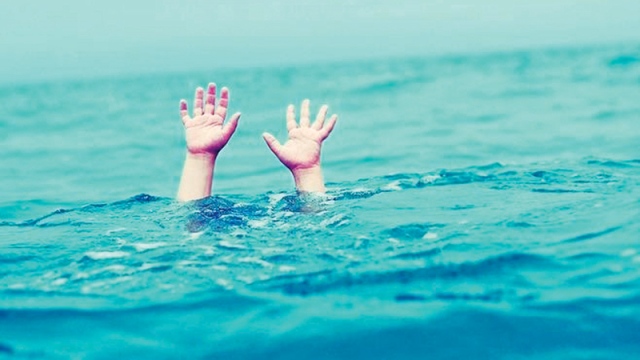 An Emirati girl named “Reem Ahmed”, aged one year and eight months, died of drowning in a temporary swimming pool made of nylon at noon yesterday in her family’s home in the Al Dhait area in the Emirate of Ras Al Khaimah.
Ahmed Saif, the girl’s father, told “Emirates Today” that his daughter was playing in the outer courtyard of the house, and that he had recently purchased a nylon time pool for his children to enjoy in the hot weather during the summer vacation, and added that his daughter went out to the outside and by chance was next to the pool a chair Plastic, which encouraged her to climb on it and from it she fell into the pool.
He explained that his child drowned in the swimming pool and that he would always empty it from the water after using it. However, two days before the incident, his children were swimming inside it and under his personal supervision, and that he was about to empty it, but the will and judgment of God prevailed.

He explained that his daughter was taken to the hospital to save her life, but she had passed away, and he continued that what happened was a fate, and that he calls on all families to empty the plastic pools of water as soon as they are used after each time, and not to put any chairs or tools to help children get up and down. She also called on the owners of residential villas to put barriers around the deep pools in the residential villas or cover them so that no child is allowed to fall into them or try to approach them.

For its part, the Ras Al Khaimah Civil Defense Department indicated that families should directly supervise their children while they are in the swimming pools and on an ongoing basis, in order to preserve their lives, and not leave them in the pools alone and monitor them and not allow them to go down to it with other children or play near it to prevent They fall into it and put them in danger.

She added that the depth of the swimming pools must be taken into account to match the age of the children, with the importance of alerting the swimming lifeguard, if found in the place, or calling the emergency department in case someone sees a drowning person.

Ali Jaber: The media is developing and returning in a new way after its demise was expected