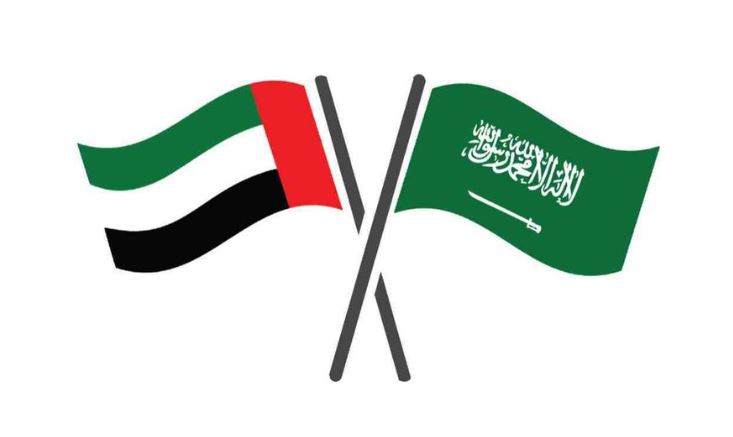 The #Emirati_Saudi_and_Saudi_Emirati hashtag topped the list of the most frequently discussed topics on the social networking site “Twitter” in the United Arab Emirates, on the occasion of the 92nd National Day of the Kingdom of Saudi Arabia, which falls today, September 23.

Through this hashtag, the hashtag #She_Lana_Dar, and #Together_Ever, expressed the feelings of brotherhood that bind the two peoples, the Emirati and Saudi, and the strong and intertwined ties at various levels, which make their day a common feast.

The tweeters congratulated Saudi Arabia and its people on their National Day, wishing them continued security, safety, stability and prosperity that the Kingdom is experiencing now.

Another said: “Every year, you are a thousand good, Saudi people.. Every year and the kingdom is in security, stability, and honor under the leadership of the Custodian of the Two Holy Mosques and his Crown Prince.”

Tweeters also emphasized the strong ties that unite the Emirati and Saudi peoples, the most important of which is the bond of brotherhood, which makes the two peoples one people with common goals, common joy, and common pride. The Saudi people, our feast, bring us together, the unity of purpose, history and destiny, under one banner and rational leadership.”

ALSO READ  Zaki Nusseibeh: The goals of the UAE University are in line with the state's priorities for the next fifty years

Another said: “The relationship of the UAE and Saudi Arabia does not need a certificate.. This relationship is a distinguishing mark that distinguishes them from others. It is a relationship of brotherhood and common bonds from time immemorial that unite the two peoples. Every year and the people of the Kingdom are good. Your day is our day. .”.

For their part, tweeters shared pictures of their children, from different emirates, celebrating the Saudi National Day in their schools, and one of them published a picture of his son and commented on it: “What a beautiful joy on the faces of male and female students in the United Arab Emirates; they celebrate today the Saudi National Day… raising the flag of tawheed …and wearing green clothes…singing the Saudi national anthem…and congratulating the kingdom’s government and people.”

In a related context, the government agencies in the United Arab Emirates, on their official Twitter pages, congratulated the Kingdom on its 92nd National Day, wishing it continued glory and honor and further progress and prosperity.