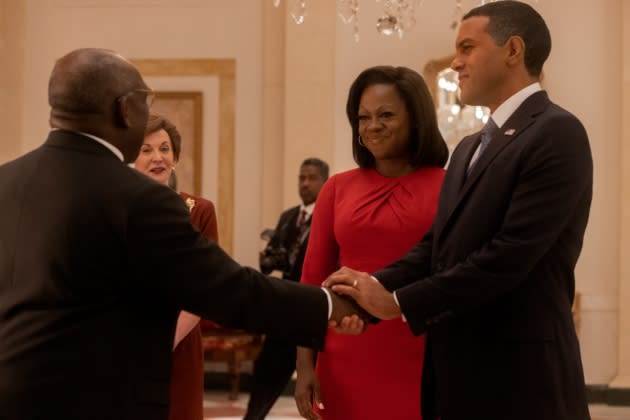 EXCLUSIVE: Showtime not picking up a second season of a one-hour drama series The First Lady. Set in the east wing of the White House, the star-studded season 1 of the anthology focuses on telling the stories of America’s charismatic, complex and dynamic first ladies, centered on Eleanor Roosevelt (Gillian Anderson), Betty Ford (Michelle Pfeiffer) and Michelle Obama (Viola Davis), with Davis also executive producing.

“Showtime can confirm that the anthology series The First Lady will not continue with another season,” a network spokesperson said in a statement to TBEN. “We applaud the artistry and dedication of our showrunner Cathy Schulman, director Susanne Bier, their fellow executive producers, our amazing cast — led by executive producer Viola Davis, Michelle Pfeiffer and Gillian Anderson — and our studio partner Lionsgate for their dedicated work telling the unique stories of three remarkable leaders.

Cancellations Photo Gallery: The TV Series Ends in 2022 and Beyond

At TCA in February, Schulman and Bier shared that they were investigating possible future episodes that they said could include Jacqueline Kennedy Onassis, Hillary Clinton, Dolly Madison, Edith Wilson, Martha Washington, Rosalynn Carter or Melania Trump.