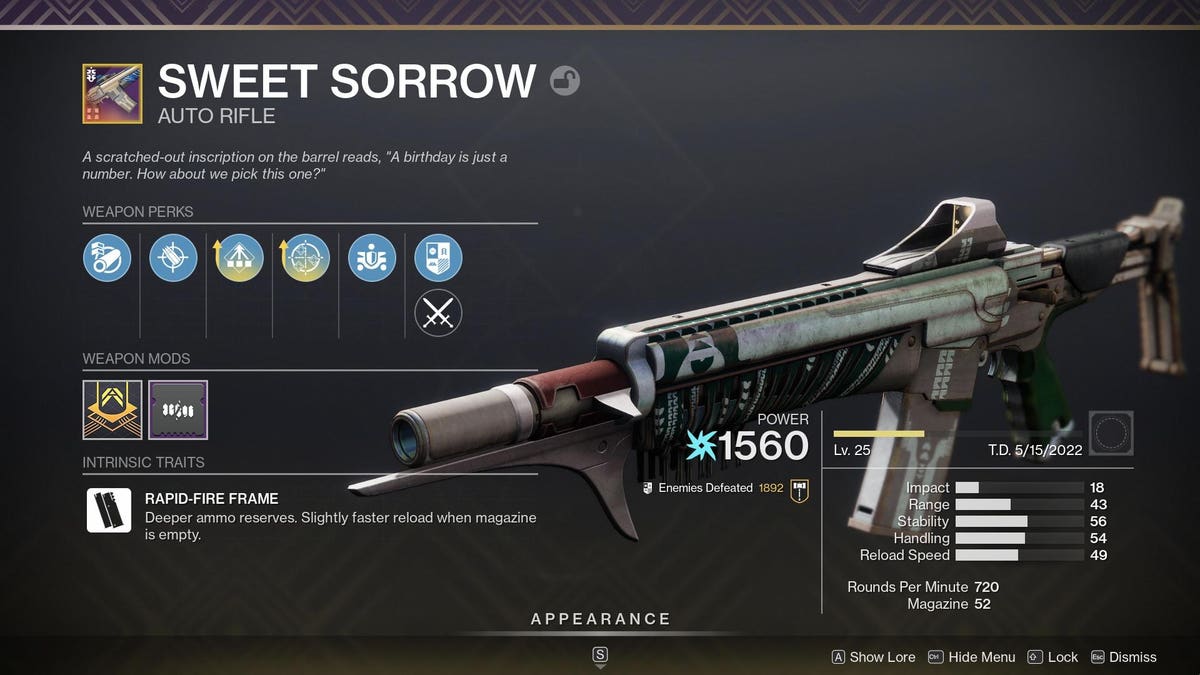 We may not get an Arc 3.0 preview before Destiny 2 Season 18 arrives, given Bungie’s downsized communications and the fact that this has happened with Solar 3.0. But we know the basics, including the idea that you probably have a few favorite favorites for that elemental type that will help synergize with whatever build you’re making.

Previously I just made a basic list of every non-sunset legendary bow weapon in Destiny 2, but at this point I wanted to narrow that down to the five best on the way to Arc 3.0, and what I’ll have ready to go even as new bow weapons come along with unmissable incandescent-style benefits. I mean, you have to start somewhere, right? And at baseline, everyone will probably have some sort of basic Arc elemental pit that increases their damage. Here we go:

5. Sweet sadness – This is from Season of the Risen and can be made into any perfect shape you want. A 720 RPM automatic rifle that shreds, especially my Stats for All/One for All version, plus it has the Land Tank origin feature, one of the best in the game, which gives you a stacking resistance bonus.

4. Stochastic Variable – Every element seems to have it’s meta 900 rpm SMG, Funnelweb for Void, Calus Mini-Tool for Solar, now it may very well be Stochastic Variable’s time to shine as this thing absolutely cracks and the only downside is that there are nowhere to get it is no longer, because it has been taken from the world loot pool. Look for Xur to take one I guess.

3. IKELOS SMG – This was one of the OG favorite SMGs in Destiny 2, but now it can have a new relevance thanks to Arc 3.0. It’s 720 rpm, not 900 like Stochastic, but it can also generate Warmind cells, which is still a thing even if they’re nerfed at the moment. I expect to see an increase in usage here next season.

2. Tolerance – One of the best special weapons for clearing mafia in the game is arc by chance. This wave-framed grenade launcher can roll with Chain Reaction, making it a great choice for most gear, and with increased damage and other potential bow triggers, it’s potentially one to watch.

1. Storm Chaser – This is almost not even fair because Stormchaser is so good, has virtually nothing to do with being an arc, and it all has to do with the new aggressive three-round linear fusion archetype. This is such a damage outlier that I would almost expect a nerf going into next season, but I hope not. Doing a build that increases your bow weapon damage will make it even better, and even pre-Arc 3.0 here, I almost never take mine out. Head over to Duality to get yours now.

‘Westworld’ should have ended last week, before the disappointing Season 4 finale