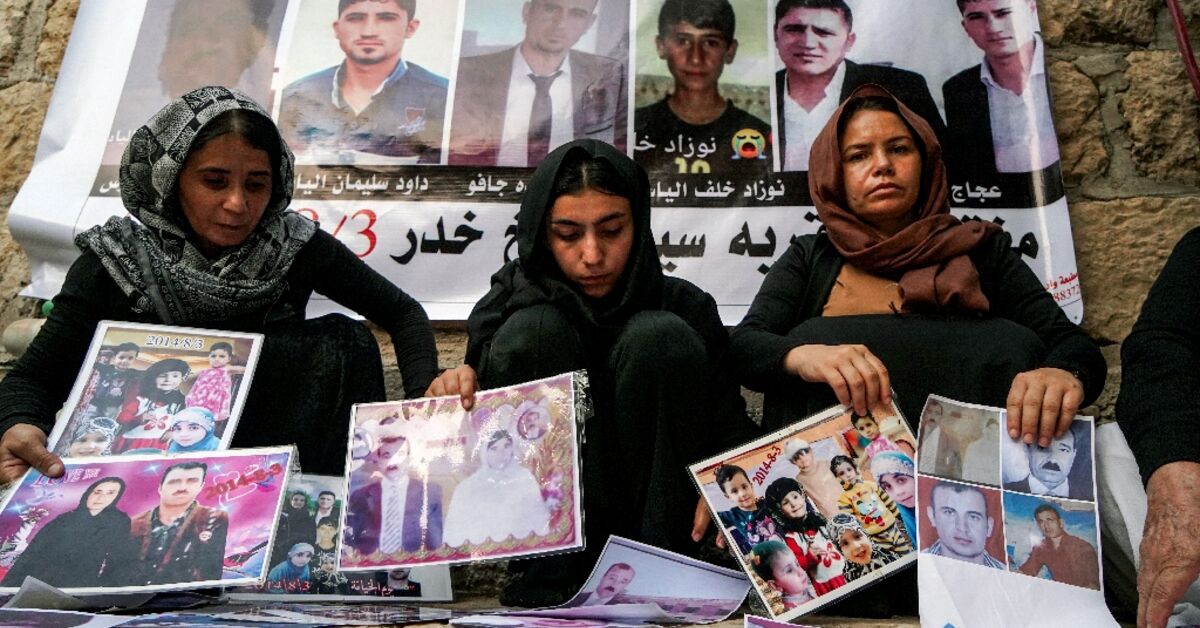 Germany’s lower house of parliament on Thursday recognized the 2014 massacre of Yazidis by Islamic State in Iraq jihadists as a “genocide” and called for action to help the beleaguered minority.

In a move applauded by representatives of the Yazidi community, deputies in the Bundestag unanimously passed the motion from the three parliamentary groups in Germany’s ruling centre-left coalition and conservative MPs.

Thursday’s vote followed similar moves by countries such as Australia, Belgium and the Netherlands.

The chamber “recognizes the crimes against the Yazidi community as genocide, following the legal evaluations of United Nations investigators,” the resolution said.

The text condemns “indescribable atrocities” and “tyrannical injustice” committed by IS fighters “with the intent to completely exterminate the Yazidi community”.

It urges the German legal system to continue further criminal cases against suspects in Germany. And it calls on the government to provide more financial support for gathering evidence of crimes in Iraq and to allocate more money to rebuild devastated Yazidi communities.

It also calls on Germany to establish a documentation center for crimes against Yazidis to ensure a historical record, and to put pressure on Baghdad to protect the rights of the minority group.

Islamic State jihadists massacred more than 1,200 Yazidis in August 2014, members of a Kurdish-speaking community in northwestern Iraq that follows an ancient religion rooted in Zoroastrianism. IS considers them “devil worshipers”.

The Yazidi minority is particularly persecuted by the jihadist group, which has also forced its women and girls into sexual slavery and used boys as child soldiers.

In May 2021, a special UN investigation team said it had collected “clear and convincing evidence” that IS had committed genocide against the Yazidis.

Secretary of State Annalena Baerbock recalled talking to Yazidi women in Iraq who had been raped and held captive by IS fighters. The motion was passed for them and “in the name of humanity,” she said.

“We need to call these crimes by their names,” she told the chamber. “We have to ask ourselves what we can do to prevent future genocides.”

About two dozen representatives of the Yazidi community attended the debate at the glass-domed Reichstag parliament building in central Berlin.

Mirza Dinnayi, head of the NGO Air Bridge Iraq that assists Yazidis, told TBEN the measure was “pioneering” in addressing “the consequences of the genocide”.

He welcomed the inclusion of “practical steps the German government can take to support both the Yazidi community in Iraq and the diaspora”.

A Yazidi MP in the Iraqi parliament, Nayef Khalaf Sido, called it a “historic turning point” that would have “positive effects for Yazidis” in the field.

Green lawmaker Max Lucks said Germany is home to what is believed to be the world’s largest Yazidi diaspora of about 150,000 people, meaning the country has a special responsibility to the community.

“Their pain will never go away,” he told the Bundestag.

“We owe this to the Yazidis because (in 2014) we didn’t take action when we were needed. Our silence has cost lives.”

Derya Turk-Nachbaur, a social democrat and one of the measure’s sponsors, noted that there is “no statute of limitations for genocide.

“It was impossible for us to close our eyes to their suffering any longer,” she said of the Yazidis.

“The indescribable atrocities of IS militias must not go unpunished – not in Iraq and not in Germany.”

Although the Bundestag motion on genocide does not relate to criminal trials, human rights lawyers say it has significant symbolic and political weight.

Germany is one of the few countries that has taken legal action against IS.

In November 2021, a German court convicted an Iraqi jihadist of genocide against the Yazidi, a world first that Murad hailed as a victory in the fight for recognition of IS abuses.

And last week, a German woman stood trial in the southwestern city of Koblenz, accused of complicity in war crimes and genocide with IS in Syria by enslaving a Yazidi woman.

Palestine is my goal: Arabs reaffirm support for Palestinians, rejection of occupation

Blinken calls for calm in Jerusalem as tensions run high