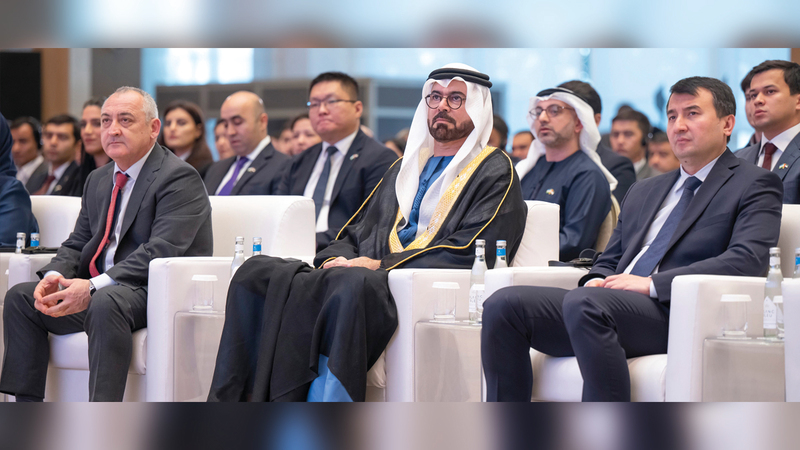 The governments of the United Arab Emirates and Uzbekistan launched the Uzbekistan Government Quality Award, in a new phase of the strategic partnership for government development, focused on raising the levels of government quality and institutional competitiveness, under the patronage of the President of the Republic of Uzbekistan, Shavkat Mirzayev, Minister of Cabinet Affairs, Muhammad Abdullah Al Gergawi, and Director General of the Strategic Projects Foundation in the Office of President of the Republic of Uzbekistan, Shukert Favaev.

The launch of the award, which is inspired by the UAE Government Excellence System and the Mohammed bin Rashid Government Excellence Award, comes within the framework of achieving the objectives of the strategic partnership within the axis of government quality, which aims to adopt the foundations of government excellence and quality in government work, through capacity building, exchange of knowledge and success stories, and benefiting from models and experiences. Which have been developed, in order to ensure drawing an integrated path for the Uzbek government to raise the level of performance and enhance its competitiveness, which will have a positive impact on the lives of members of society.

Al Gergawi stressed that the UAE, under the leadership of His Highness Sheikh Mohamed bin Zayed Al Nahyan, President of the UAE, and the directives of His Highness Sheikh Mohammed bin Rashid Al Maktoum, Vice President and Prime Minister of the UAE and Ruler of Dubai, believes in the centrality of cooperation and building models of knowledge-based partnerships that lay the foundations for future governments. .

He said that the UAE government is keen to enhance cooperation and exchange experiences with the government of Uzbekistan, stressing that the launch of the Uzbekistan Government Quality Award is an important step in promoting the adoption of a culture of government excellence, and a cornerstone for upgrading work and consolidating an advanced and exceptional system based on results and continuous creativity, and based on competition Positive interaction between institutions and employees to achieve national goals and raise performance levels.

He pointed out that the work teams in the UAE government will continue to employ their long experience in this field, citing the experience of the UAE with the march of quality and excellence, which began in 1994.

For his part, Vavaev stressed that the strategic partnership in government modernization with the UAE represents a milestone in the history of relations between the two countries, due to the unprecedented achievements it has been able to achieve in terms of transferring and sharing the most distinguished government experiences, and the resulting rapid development of government administration in Uzbekistan. .

ALSO READ  She deluded him with profits greater than the capital.. A young man accused a girl of seizing 74 thousand dirhams

Favaev said that the launch of the Uzbekistan Quality Award represents an important milestone and a qualitative leap in this partnership, and we look forward to the award being a catalyst for all government employees and government institutions in Uzbekistan to achieve further achievement, achieve the best results, and establish a culture of excellence in various fields of work, which will reflect positively on the government. and society.

• «The UAE government is keen to enhance cooperation and exchange experiences and expertise with the Government of Uzbekistan».