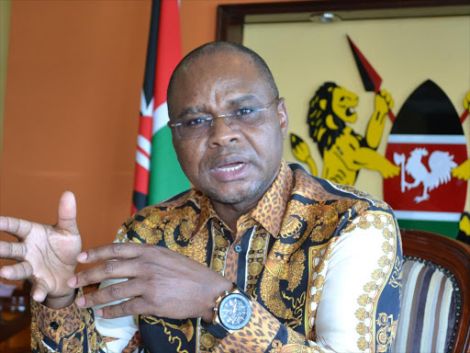 Kilifi governor Amason Kingi and his Mombasa County counterpart Hassan Joho held separate meetings on Saturday February 20 in what turns out to be a popularity battle between the two politicians.

Amason Kingi told Standard he would unveil a new party on the coast in March, and added he was doing it for the people.

“People all over the region say they want the party. We have decided to extend the June deadline for the party to March, ”Kingi said.

The The boss of KIlifi held a consultative meeting with members of the County Assembly (MCA) from the coastal region. During this time, Joha organized two rallies in Lamu.

This, however, appears to have taken a quick hit with Joho and Kingi, both of whom have been in the ODM party for over a decade, appearing to be pulling in different directions.

During his rallies in Lamu, Joho asked locals to support him in his run for president, saying those who did not believe in him would be in shock. He also took the time to popularize the Building Bridges (BBI) initiative.

“Those who think my presidential ambition is a joke should know that the journey has only just begun,” Joho said.

Kingi, on the other hand, said he would contact MPs to join him.

“We will ask all leaders to abandon their ambitions for the good of the region. We will then decide who to work with, and if they will support us for the top spot, or we will support them and on what terms, ”said Kingi.

Joho and Kingi have both declared their interest in the presidential seat. This seems to cause an early rift that gets wider by the day, with Joho insisting the coastal region is in a better place with ODM. Kingi wants a coastal party.