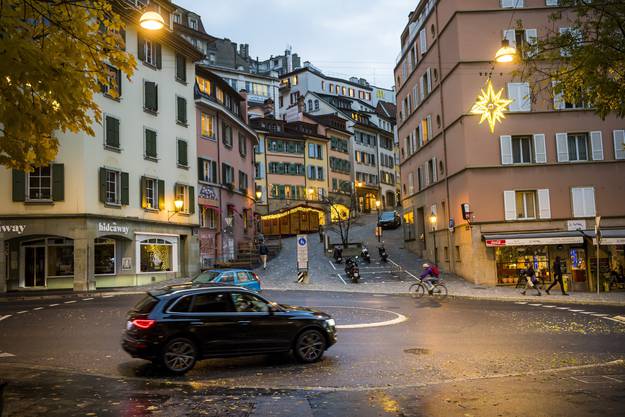 During the Greens’ online press conference, national councilor Bastien Girod proudly showed off his jacket. He’s been wearing it since 2006. Instead of buying a new one, he had it repaired by a local tailor.

Girod’s behavior meets the conditions of “sufficiency”. It’s an important term in the Greens’ new climate plan and means: society is stepping out of the consumer treadmill. Because consumption contributes to CO2Emissions and therefore to global warming. The Greens want to reduce “unnecessary consumption in industrialized countries”. If this affects economic growth, it is not that bad – because “today wealth is too often confused with material goods and GDP growth”. So the Greens.

Climate youth were not happy with the Greens

The Greens had already presented a climate plan last summer. Representatives of the climate movement found it far too unambitious – which made a big impression on National Councilor Balthasar Glättli, president of the Greens. The party leadership therefore drafted a new document.

Switzerland should be “climate neutral” by 2030, then “climate positive” from 2040; the country would therefore lead to a reduction in CO2– Contribute to the burden. How can this be done? From 2025, the Greens no longer want to authorize gasoline or diesel cars. The installation of new oil heating systems will also be banned in four years.

According to the Greens, private transport will be made more expensive with “mobility pricing”. Pedestrian zones and cycle paths are developing in towns and cities. Car traffic must be completely prohibited in city centers and outside the city, speed limits are reduced. The building renovation program is being extended, and a renovation obligation is introduced for “inefficient buildings” – those that consume too much energy.

And then what is needed is “sufficiency” which corresponds to a “change in values ​​in relation to the consumer society”. The Greens demand “to be instead of having, to share instead of wasting, solidarity instead of individualism, less goods and more relationships”.

How do you educate the company about “sufficiency”? The Greens evoke “the reduction of advertising for unnecessary consumption in the public space” and “the strengthening of neighborhoods and neighborhoods”. This means that the company can “really flourish”.

Glättli wants “the ban on advertising for city tanks”

What advertising do the Greens want to ban? “Those for artificially created needs,” said Balthasar Glättli. As an example, he named “Stadtpanzer”. They are all-terrain, SUVs.

The president of the Greens appointed the CO2-Act which will be decided by voters this summer as “a first step in the right direction”. But a lot more is needed. On January 23, Green delegates will decide on the document presented by management.

How are the other parties reacting to the Greens’ plan? “It is good to make ambitious demands,” says Jürg Grossen, president of the Greens Liberals. But it is crucial to meet the demands with modern technology and economics while keeping an eye on what is feasible. “Liberal Greens are Progressive Greens, Conservative Greens are green. The difference is now obvious. “

ALSO READ  The new foreclosure rules are troubling - what now applies to family visits and the home office?

FDP President Petra Gössi stresses that economy and ecology go “hand in hand”. The FDP is convinced that innovation and progress are above all the keys to limiting climate and environmental damage. This is the only way to maintain Switzerland’s prosperity and international competitiveness.

SVP parliamentary group leader Thomas Aeschi explains that the economical use of resources is a matter of course for SVP. If you let an unlimited number of people enter the country, as the Greens wanted, that would be difficult. “And there are many highly toxic substances in electric car batteries. The Greens’ climate plan is full of contradictions. “

Meanwhile, the leader of the CVP parliamentary group, Andrea Gmür, points out that not everyone can afford an electric car; Mobility and public transport are often a problem in rural areas. The CVP is in favor of moderate and socially acceptable ecological measures.

Big differences on super ski day: in Graubünden the terraces remain open and those who have had Corona can go on the slopes without...

So much happiness has not been seen in Switzerland since March 2020: thanks to the snow