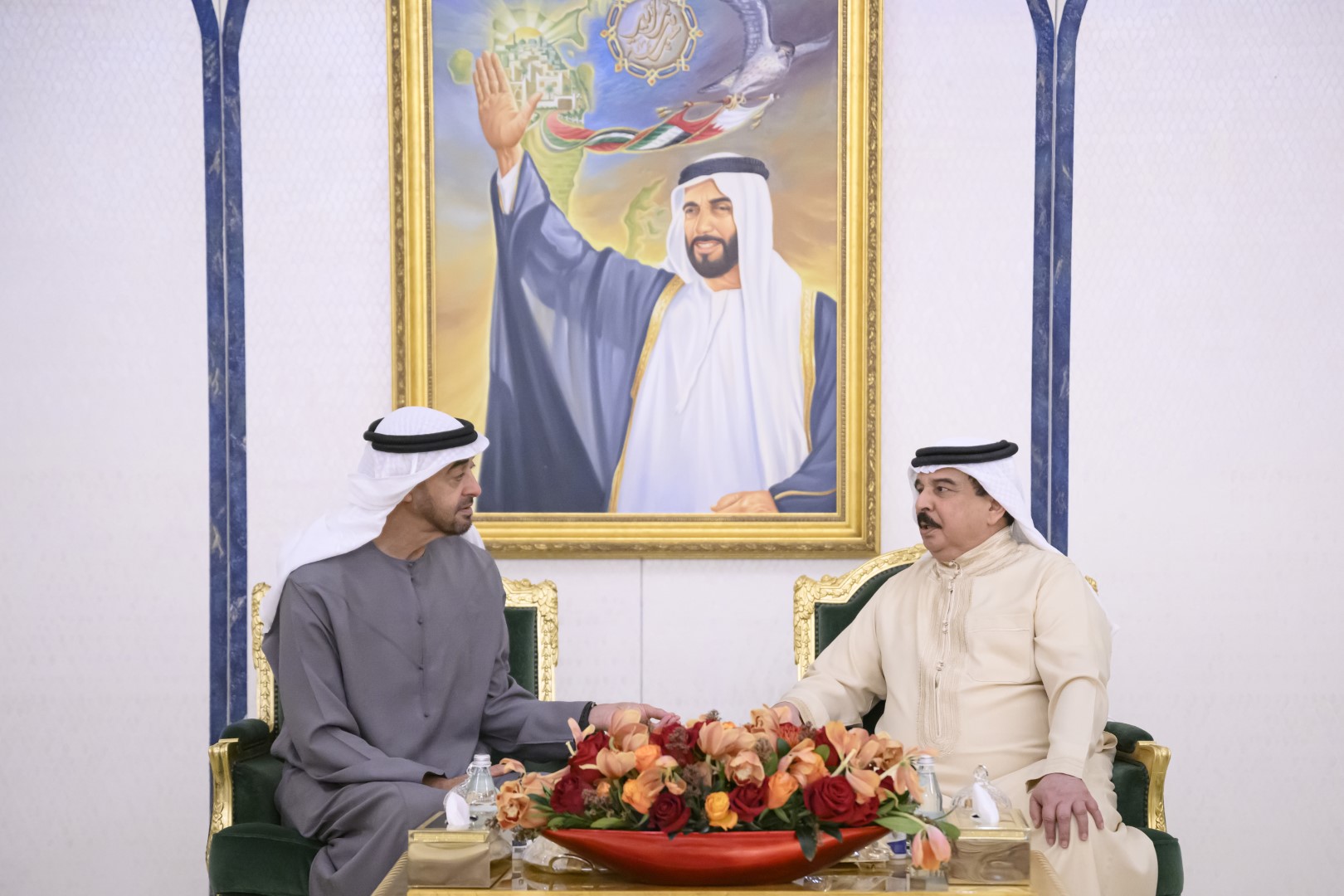 His Highness Sheikh Mohamed bin Zayed Al Nahyan, President of the State, met today with his brother, His Majesty King Hamad bin Isa Al Khalifa, King of the sisterly Kingdom of Bahrain, who is on a brotherly visit to the country.

During the meeting, His Highness and His Majesty King Hamad bin Isa exchanged friendly fraternal conversations that express the deep-rooted historical relations that unite the UAE, the Kingdom of Bahrain and their peoples, wishing the two countries continued progress and advancement.

ALSO READ  The "Health Program" ... a partnership that enriches the medical sector with specialized national cadres

The meeting dealt with aspects of coordination and joint action and ways to support it and diversify its horizons in all fields in a way that enhances sustainable development efforts and contributes to achieving the aspirations of their peoples and their common interests based on the strong brotherly ties that unite the two countries and their belief in a common destiny.

His Highness the Head of State and his brother, His Majesty the King of Bahrain, expressed their pride in the strong brotherly bonds between the two countries and the level of their fruitful cooperation on various tracks.

His Majesty King Hamad bin Isa lauded the pivotal and effective role played by the UAE, under the leadership of His Highness Sheikh Mohamed bin Zayed Al Nahyan, on the regional and international arenas and its benevolent endeavors to consolidate the elements of security and stability and spread peace in the region and the world, as well as its global initiatives to promote human values ​​in Coexistence, tolerance and cooperation between peoples.

The two sides discussed a number of Gulf and Arab issues and developments on the regional and international arenas, and exchanged views on a number of issues of mutual interest.