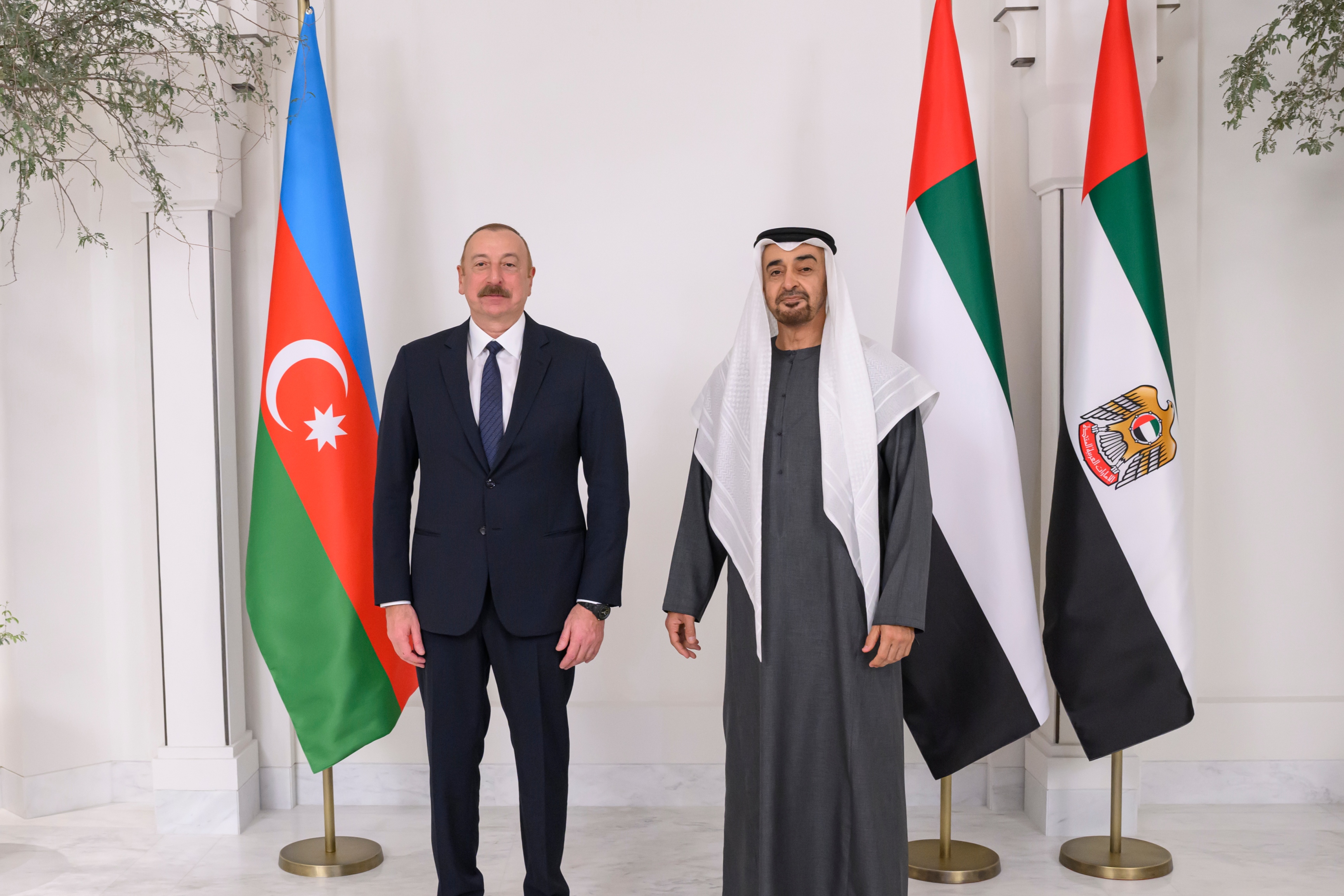 His Highness Sheikh Mohammed bin Zayed Al Nahyan, President of the State, received today His Excellency Ilham Aliyev, President of the friendly Republic of Azerbaijan, who is on a working visit to the country that lasts for several days, during which he will participate in the “Abu Dhabi Sustainability Week”.
During the meeting, which took place at the Beach Palace in Abu Dhabi, His Highness welcomed President Ilham Aliyev and discussed with him the friendship relations and the possibilities of developing cooperation between the UAE and Azerbaijan, especially in aspects of economy, investment, renewable energy and other fields that are consistent with economic diversification plans and open more opportunities for cooperation and joint work. Building.
His Highness and the President of Azerbaijan also reviewed a number of issues and topics of interest to the two countries and exchanged views on them.
The two sides discussed the Conference of the States Parties to the United Nations Framework Convention on Climate Change (COP 28), which is being hosted by the UAE this year, and represents an opportunity for all countries to present their programs and aspirations for the transition to a green economy. To promote climate action, leading to the COP28 conference, which aims to support and accelerate sustainability efforts and climate action.
The meeting was attended by His Highness Sheikh Mansour bin Zayed Al Nahyan, Deputy Prime Minister and Minister of the Presidential Court, His Excellency Sheikh Mohammed bin Hamad bin Tahnoon Al Nahyan, Special Affairs Advisor at the Presidential Court, His Excellency Dr. Anwar bin Muhammad Gargash, Diplomatic Advisor to His Highness the President of the State, and His Excellency Abdullah bin Touq Al-Marri, Minister of Economy, and His Excellency Muhammad Murad Al-Balushi, the country’s ambassador to Azerbaijan, along with the delegation accompanying the President of Azerbaijan.

ALSO READ  An electrician demands compensation for his injury while working