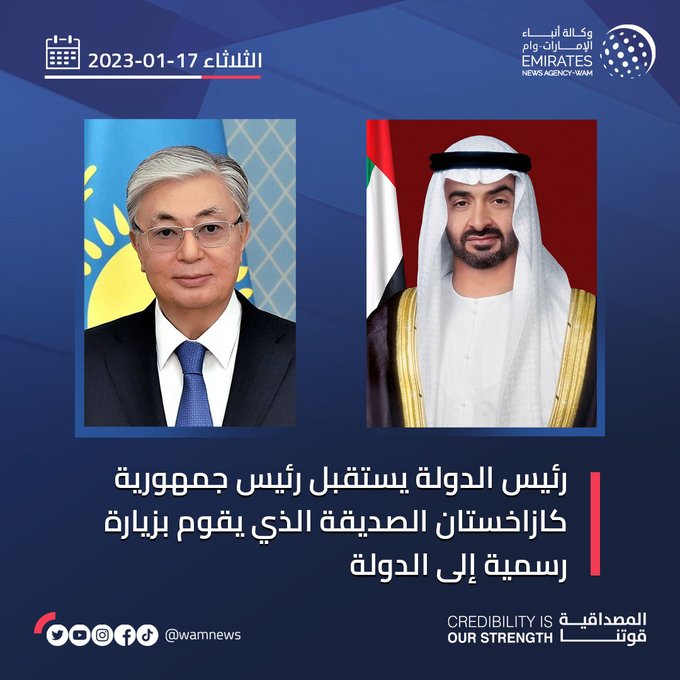 His Highness Sheikh Mohammed bin Zayed Al Nahyan, President of the State, received the President of the friendly Republic of Kazakhstan, Kassim Jomart Tokayev, who is on an official visit to the country.

His Excellency Kassim Jomart Tokayev – upon his arrival at Qasr Al Watan in the capital, Abu Dhabi – held an official reception ceremony, where His Highness the President of the State accompanied the country’s guest to the podium of honor and the national anthem of Kazakhstan was played, while artillery fired 21 rounds and a group of honor guards lined up to salute the guest president.

Innovative “pumping stations” that control the effects of depression