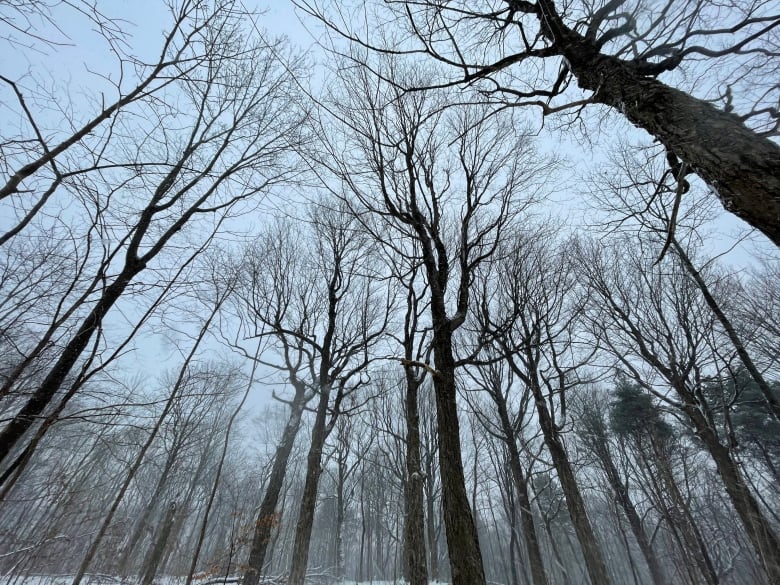 Éric Richard remembers watching in horror as one of the greatest natural disasters in Canadian history crippled nearly everything he had striven to protect for years.

Working with a non-profit organization dedicated to preserving and preserving Montreal’s Mount Royal Park, Richard had a front row seat to the devastating impact the great ice storm of 1998 left on the mountain’s forest.

“Some trees had only a few branches that were broken, others had the trunk broken in two,” he said. Others had slumped under the sheer weight of the thick ice covering their branches.

In Mount Royal Park, more than 80 percent of the trees – more than 85,000 – were damaged to varying degrees, with broken branches littering the forest floor and others, still attached, threatening to break at any point.

“It was a serious threat to the forest,” said Richard, a science adviser to Les friends de la montagne.

But a generation later, after the planting of more than 30,000 new trees and the surprising regenerative powers of old trees, Richard says it would be difficult to find clear evidence of the storm on forests that had suffered seemingly irreparable damage. .

“The resilience of the forest sometimes amazes us, how it can recover,” he said. “If you look at the forest now, it’s hard to find traces of the ice storm 25 years later.”

While physical evidence of the ice storm, including bent trunks and branch stumps, is largely behind us, that doesn’t mean the storm didn’t shape our urban forests or leave a mark on the landscape, according to Carly Ziter, a biology professor at Concordia University. , specializing in urban ecology.

“While we won’t see the impact of the ice storm on individual trees, the ecosystem we have today is different than the ecosystem we would have had if we hadn’t had that large-scale disruption,” she said.

For example, large trees that fell during the ice storm left similarly sized holes in the park’s canopy. This produced pockets of sunlight which in turn created conditions for invasive tree species to spread and colonize the area.

Native species such as the ash also thrived in those holes, but some 9,000 have since been felled on the mountain after becoming infected by the tiny but destructive emerald ash borer — an invasive beetle that eats ash from the inside out.

“So this insect [had] a greater impact than the 1998 ice storm on Mount Royal’s forest,” said Richard.

The height of the forest also changed due to the storm, with trees planted in subsequent years now standing about 33 feet (10 m) tall – about half the size of their neighbours.

Ziter says the loss of these large trees meant the loss of all the benefits that come with them, including offsetting urban heat and air pollution, as well as providing space for recreation and habitats for other animals and insects.

“So while nature and forests on the one hand are incredibly resilient and they will regenerate and come back over time, it’s not an easy or quick process to replace nature when it’s lost,” she said.

Experts say current threats to Montreal’s forests include stronger and more frequent storms due to climate change, along with invasive insects like the emerald ash borer.

Benoît Côté, an associate professor at McGill University and director of the Morgan Arboretum and Molson Nature Reserve, says he is more concerned about wind speed than ice buildup as more extreme weather events are on the way.

“I think the storms will get more violent… and once you get there [wind gusts of] At speeds of about 80 to 100 kilometers per hour, trees will fall,” he said. “I’m not sure what we can do to avoid this problem in the future.”

Ziter, for her part, emphasizes the importance of biodiversity. If urban forests are dominated by just a few species, which most are, including in Montreal, that makes them less resilient to disturbance in the future, she said.

“When we plant new trees, there is a lot more focus on diversity, not just planting different species, but also trees with different functions, different shapes, different types of trees, so we can make sure that our urban forests are more resilient to events like this in the future,” she said.

“There is no perfect tree species that can withstand all these stressors.”

Despite the devastation caused by the 1998 storm, experts say this kind of large-scale disruption gives us a chance to reflect and think about how we replant, rebuild and grow our urban forests in the future.

“We also, I think, learned a lot from the ice storm, not just in terms of the resilience of our urban forest, but also how to manage our trees and our urban forests and recover from these types of events,” Ziter said.

For example, she points to the Quebec forest rangers, who followed the best course of action at the time after the ice storm, but may have further traumatized the trees.

Richard says the storm gave Montreal residents an opportunity to learn more about how trees respond to these kinds of phenomena and about the fragility of the forest and how to improve its resilience.

“It was an opportunity for all Quebec forest professionals to learn more about which species are more resistant or more able to succeed, and it has changed the way they plant trees on the street,” he said.

Zitar says that as Quebec has seen how past events shape our contemporary ecosystems and the wildlife around us, fighting climate change must become a priority to protect our green spaces from future stressors.

“We need to get our emissions under control and fight climate change as the root cause of many of these disruptions,” she said.