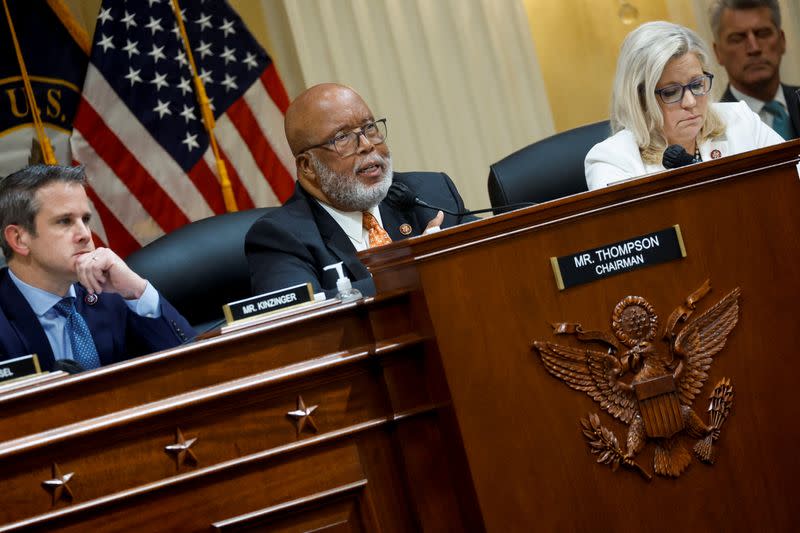 WASHINGTON (Reuters) – The U.S. House of Representatives committee investigating the Jan. 6, 2021 attack on the U.S. Capitol is planning its next hearing on Sept. 28, the panel chair said Tuesday.

Representative Bennie Thompson told reporters he expected the public hearing to be the panel’s last unless something else happens.

The Democrat-led Select Committee held eight hearings over six weeks in June and July, and released the findings of the more than a year-long investigation into events surrounding the deadly attack on the government seat by supporters of the former Republican president. Donald Trump.

ALSO READ  Trump declares himself second only to Jesus

In its previous hearings — including one in July 2021 — the panel made it clear that, after losing the 2020 presidential election, Trump ignored close allies who told him his claims of widespread voter fraud were untrue, then sat back and watched as followers who believed his false accusations stormed the Capitol.

A spokesperson for the Select Committee declined to comment, saying he had no schedule updates to report.

The panel has not said when it will publish its final report, although the document is widely expected to be made public before the Nov. 8 midterm elections, when control of the US Congress is up for grabs.

Trump has refused to admit he lost the election, instead reiterating baseless accusations that President Joe Biden’s victory was the result of election fraud.

ALSO READ  Official Poll: What's the ONLY, Most Important Problem for You in 2022?

The commission is trying to determine what Trump did when thousands of his supporters attacked police, vandalized the Capitol and sent members of Congress and then Vice President Mike Pence on the run for their lives as they met to formally announce the election results. to confirm.

The Justice Department is conducting its own investigation into Trump and his allies’ efforts to undo the 2020 election.

The Bharat Express News - October 5, 2022 0
After three parched months, much of BC is experiencing drought and persistent warm weather has caused streams to run dry, preventing some salmon from...