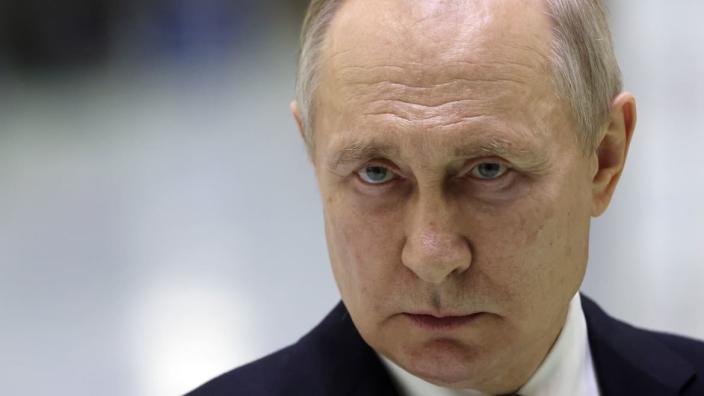 Nearly a year after Russia’s full-scale war against Ukraine, the Kremlin is embroiled in a bizarre bickering with Ukraine’s leader over whether Vladimir Putin is alive or not.

The spat began when Ukrainian President Volodymyr Zelensky told an audience in Davos that he is not entirely convinced that the Russian leader is still among the living.

Kremlin spokesman Dmitry Peskov quickly hit back — without actually commenting on the condition of the Russian leader.

“It is clear that Zelensky prefers that neither Russia nor Putin exist. The sooner he realizes that Russia exists and will exist, the better for a country like Ukraine,” Peskov said in comments published by Russian media.

Putin famously canceled his year-end press conference for the first time in 10 years in December, along with his traditional speech to the Federal Assembly. The Russian president has also been widely mocked on social media for attending a series of meetings and key events via video link from his bunker, even as Zelensky has made forays into some of the most dangerous spots on the frontline.

While Putin made a trip to St Petersburg this week and made public appearances for several events, the Kremlin on Thursday sparked further suspicions about Putin’s health by announcing that the Russian leader had taken a dip in ice-cold water to mark the Orthodox Christian feast of Epiphany. in keeping with his annual tradition, but said no one would ever see evidence that he had done so.

“This time there are no photos or videos. We only inform you that he followed his tradition,” Peskov said.