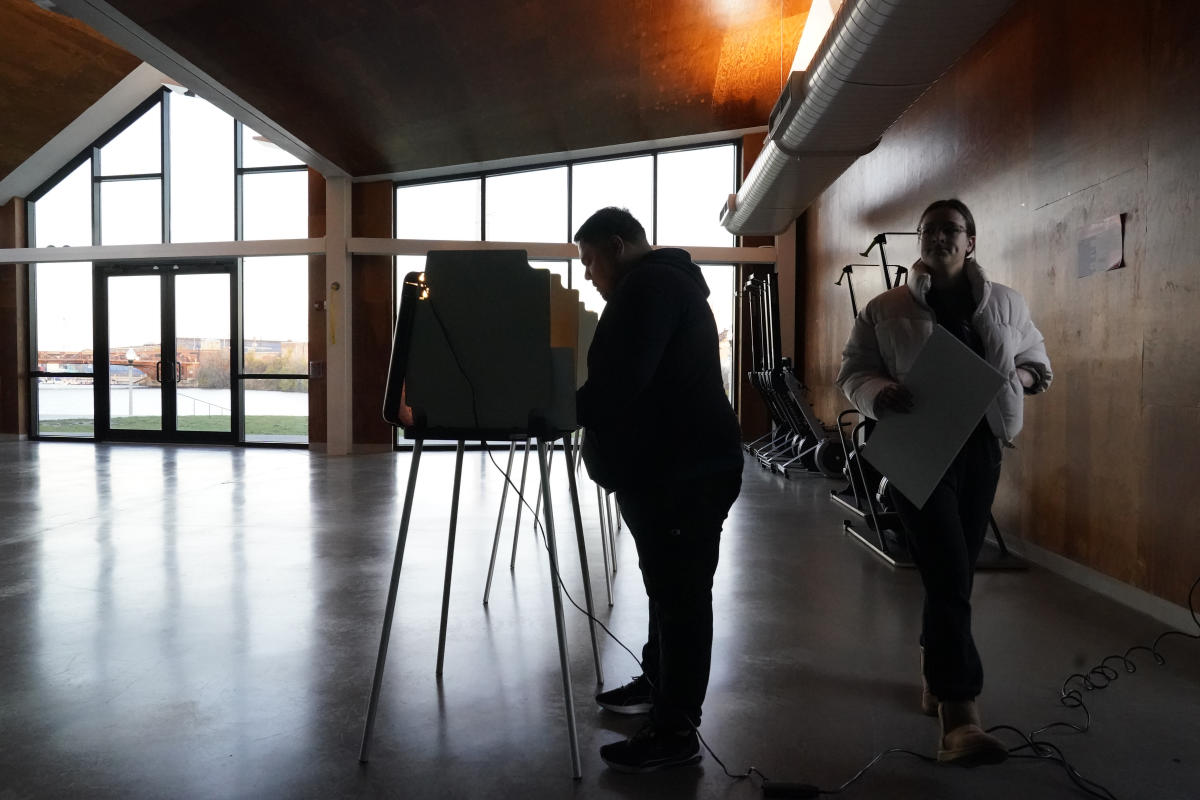 The 2024 election is two years away, but the upcoming lame-duck session could, in fact, be Congress’s last chance to fund it.

Election lawyers are urging Congress to include hundreds of millions of dollars in the government spending package being considered before this Congress closes just after the New Year.

That’s not only because of the unpredictability of a divided Congress next year, but also because funding coming in late 2023 or early 2024 may arrive too late for officials to plan reliably. “This is probably the last pot of funding that can really make a difference to the 2024 presidential election,” said Greta Bedekovics, the associate director of democracy policy at the liberal think tank Center for American Progress.

Most are cautiously optimistic that Congress will set aside money for election offices, assuming a larger funding package is agreed, with initial announcements earlier this year of $400 million in funding for “election security grants.”

But proponents are still concerned about getting the total in the final bill, given the history of federal funding for elections and the general uncertainty surrounding this year-end appropriation process, whether $400 million will be cut.

“What worries me most is a situation where no one disagrees with the need for the funding,” said Sam Oliker-Friedland, a former Justice Department lawyer who is now executive director of the Institute for Responsiveness. Government. “But people’s thoughts are elsewhere, and then it gets crowded out by priorities that are more top-of-mind.”

Federal funding for elections has been sporadic over the past two decades, since the last major federal election law — called the Help America Vote Act, which was a response to the chaotic 2000 election — was passed in 2002. There were relatively small grants from 2008 to 2010, according to a report from CAP, and then no federal funding for nearly a decade.

More recently, it has fluctuated between significant funding — there were nine-figure grants in both 2018 and 2020 — and next to nothing: $75 million split across all states this year, and nothing in 2021.

That, proponents say, doesn’t come close to what officials need to replace aging election systems across the country, and to keep pace with the rising day-to-day costs of election departments’ budgets, including everything from new security needs in the aftermath of the 2020 election against the rising cost of everyday items such as ballots.

There has been a silent lobby spearheaded by a cadre of election-focused groups to have bipartisan state and local election officials contact congressional offices in an effort to secure funding. Those involved have said that members of both parties have been receptive.

“One of the most positive signals we’ve had about the real viability of this funding that we can get across the finish line is the fact that we’ve seen bipartisan support for it grow even in recent weeks,” said Tiana Epps-Johnson, the founder and executive director of the Center for Tech and Civic Life.

Proponents of the funding say part of the pitch is that this year’s year-end battle over state funding is really the last chance to get meaningful federal funding for election executives ahead of the 2024 election.

While some supplies can be purchased at the last minute, larger purchases and staffing plans will take months, if not longer, to complete, meaning officials will need the money in 2023 to prepare for the country’s presidential election. next year.

“There are several reasons why, from an operational perspective, election departments need this funding yesterday,” said Epps-Johnson.

Those pushing for the funding have argued that while the $400 million would be welcome, it doesn’t address a long-term need for federal funding for elections.

Still, the recent funding “accounts for a tiny, minuscule chunk of the election,” said Ryan Williamson, a board member at the conservative think tank R Street.

He added that the best estimate for the cost of an election nationwide is about $2 billion, which “could rise to $5 billion in the near future.”

Proponents have long advocated a more reliable, steady stream of election funding — hundreds of millions annually — that would allow election officials to plan ahead and make longer-term purchasing decisions. For example, President Joe Biden’s 2023 budget called for $10 billion in election funding from the federal government over 10 years, which was widely praised in the community even though it had little chance of becoming law.

Williamson and others have argued that the federal government is making election planning more challenging by not providing that longer roadmap.

“It’s not so much about the dollar amount,” he said. “It’s the fixed, predictable amount they can plan and budget with. Scraping $485 million a few months before an election is useful, but it’s not the most efficient or effective.”

Representative Mike Quigley (D-Ill.), who chairs the House appropriations subcommittee that oversees election funding spending, said at an event hosted by Roll Call and CTCL earlier this month that he was confident that the House would pass an omnibus bill this year. year. He said he thought the Senate would do the same, noting that both chambers had the $400 million number.

But he wondered if a longer-term credit plan lay ahead as Republicans would soon take control of the House. “If the Republicans have a very narrow margin, their eccentrics will have too much of an influence on what they do,” Quigley said, noting that there has been some GOP resistance to election subsidies in the past. “I just don’t see them stuck on that yet.”

The Bharat Express News - November 28, 2022 0
Light at the end of the tunnel, as more hospitals are exempt from load shedding