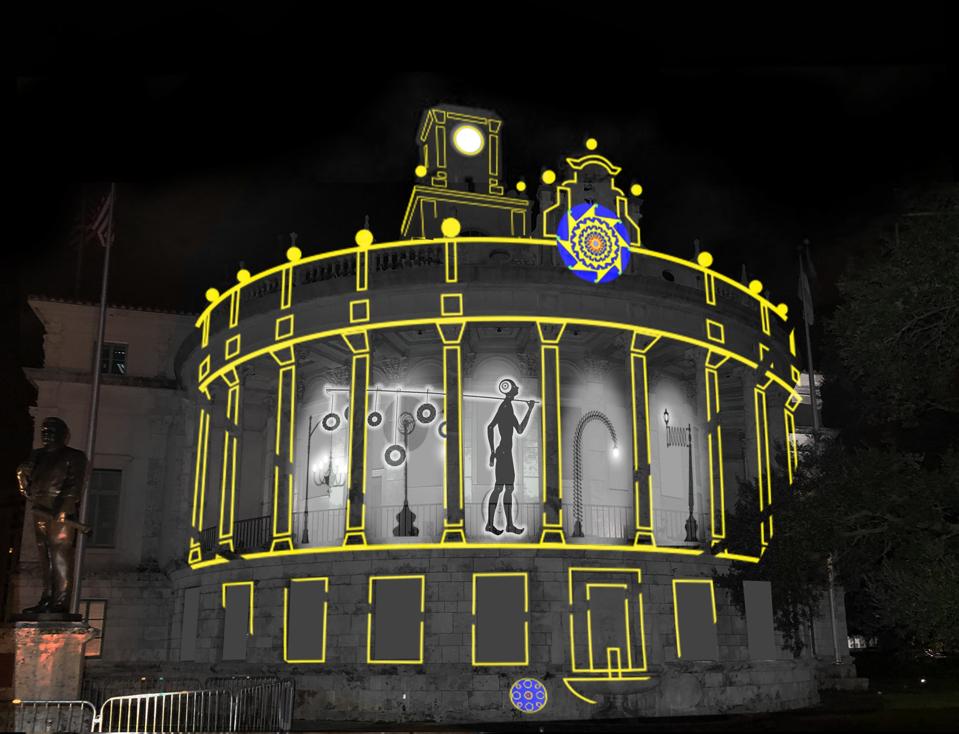 Now is the time for public art more than ever. In Coral Gables, Florida, a city-wide project showcases the work of 15 artists and will run until March 13. It’s called Illuminate Coral Gables and is South Florida’s premier public art and light installation.

The works of art bring video projections, light installations, sculptures and even hand-crafted and lighted Chinese silk lanterns to South Florida, and that’s what chief curator Lance M. Fung said to be “an incredible group of artists bringing relevant, stimulating and meaningful art.” to the general public. “

Among the works on display, the piece by Kiki Smith Blue night represents 42 animals of the constellation, suspended from above. From goats to scorpions to fish, each piece is created against a transparent blue background, with holographic vinyl, and Smith was inspired by late 17th century constellation designs by Johannes Hevelius, among others.

“In ancient times, it was believed that the sky was somewhere between heaven and earth, ”Smith said. “It’s great to be able to present light, hope and joy to so many people to experience.

Other works of art on display in the city include a light projection by Miami-based Cuban artist Carlos Estévez, which is projected onto the walls of City Hall. The constantly evolving animated piece is called “Urban Universes”. “It is about the animation of different passers-by or characters that I depict in my paintings,” Estévez wrote on Instagram. “This work pays homage to the town of Coral Gables and its inhabitants.”

Another prominent work is that of St. Martin-born artist David Gumbs, who has created two works, one of which is titled “Echoes of Souls”, projected onto the side of the Ocean Bank building. It describes models of computer-generated animations that are triggered in real time by local pedestrian and vehicle traffic.

A magical piece by Chinese artist Cai Guo-Qiang is also on view. “Fireflies” is a public artwork on wheels that winds through downtown Coral Gables, adding a splash of color and featuring handmade Chinese silk lanterns on bikes.

The artist says he “lights up the night in Coral Gables with a sense of childish wonder.”

The lanterns were handcrafted in the artist’s hometown of Quanzhou, China. The bright, twinkling lights evoke the artist’s own childhood memories, the artist writes on Instagram. And among the laterns there are star-shaped lanterns, as well as those based on the designs of emojis (pandas, roosters and tigers), UFOs, cars, trains, ships and rockets, not to mention the burgers, sushi and donuts. .

The Bharat Express News - February 25, 2021 0
WASHINGTON - At the best of times, working at the US Embassy in Pristina, Kosovo has always been tough: pollution, poor electricity, unreliable internet...

All Federal Reserve Wire and ACH systems are down

NSE stops trading for 4 hours due to a technology issue,...