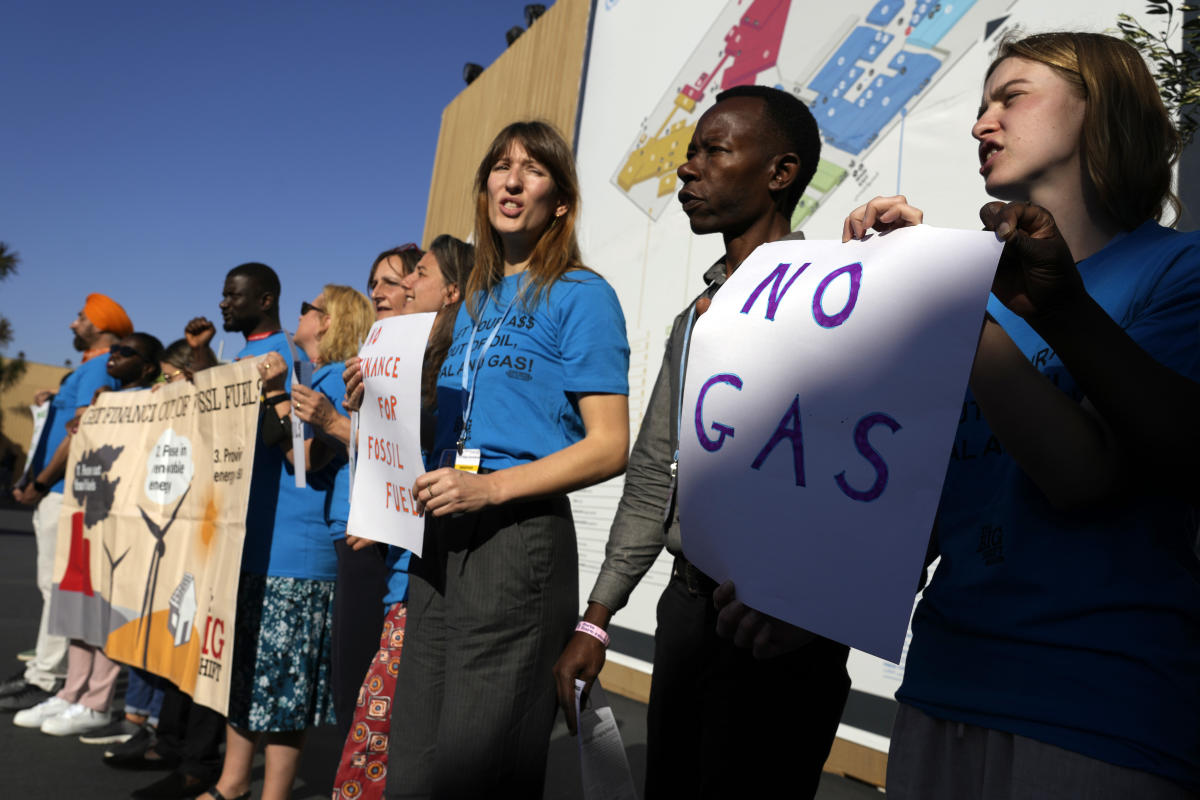 Several dozen climate activists held a small protest on Wednesday to call on countries to accelerate the transition to clean energy.

Wednesday’s protest was a rare demonstration of activism at the UN conference, known as COP27, taking place in the Egyptian resort town of Sharm el-Sheikh.

The protesters called for a halt to new oil and gas exploration and funding for renewable energy. The protest comes on COP27’s theme day for finance and was organized by the Netherlands-based Recourse organization campaigning to divert investment away from fossil fuels to renewables.

The protesters chanted, chanted and held placards with slogans that read: “Get Finance out of Fossil Fuels” and “No Gas”.

Several thorny issues were discussed during the talks, including further reducing greenhouse gas emissions and increasing financial aid to poor countries struggling with the effects of climate change.

The issue of reparations for climate damage, also known as loss and damage, has been placed on the negotiating agenda for the first time, with many leaders calling for the implementation of previous financial commitments.

Another group of activists held a protest and also demanded a “quick, just and equitable phase-out of fossil fuels”.

— US to climate summit: US major steps will not be withdrawn

— Clock is ticking for imprisoned Egyptian activist on hunger strike