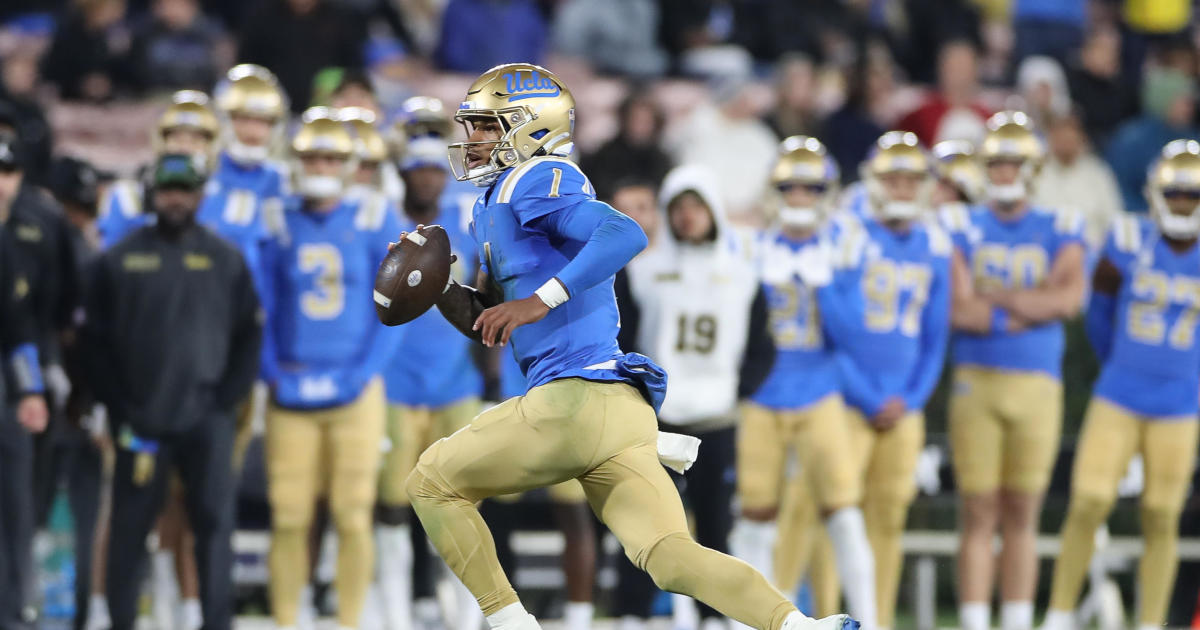 Jayden de Laura accounted for three touchdowns and had his fifth 300-yard passing game of the season when Arizona upset ninth-ranked UCLA 34-28 on Saturday night and broke an eight-game losing streak against ranked teams.

The sophomore averages 340.1 passing yards with 18 touchdowns and a 64.7% completion rate in his last seven games.

The Wildcats were in the lead for most of the night, but fell behind 28-24 with 10:22 left in the fourth quarter when Charbonnet had a 5-yard TD.

After UCLA turned the ball on downs, Tyler Loop extended the lead to six with a 23-yard field goal with 1:07 left.

The Bruins drove to the Arizona 29, but Dorian Thompson-Robinson threw three consecutive incomplete passes to give the Wildcats their first road win over a Top 10 team since beating No. 2 Oregon in 2014.

Arizona took a 14-0 lead with another 3:50 in the first quarter on a pair of Wiley touchdowns.

The junior running back had a 10-yard run-up in the middle to open the scoring, then caught a 22-yard pass from the Laura to extend the Wildcats’ lead to two scores.

UCLA tight end Hudson Habermehl’s strength and balance gained as he went 51 yards for a touchdown to tie the game at 14 during the second quarter.

On UCLA 49 first-and-10, Habermehl caught the ball at Arizona 30 and threw attempts from Arizona defensive backs Christian Roland-Wallace and Jaxen Turner before going the rest of the way.

Arizona: It was a satisfying win for coach Jedd Fisch, who was the Bruins’ offensive coordinator in 2017 and interim coach for the final two games after Jim Mora Jr. had been fired.

UCLA: In addition to a major loss to their conference title hopes, the Bruins had an eight-game home win streak.

UCLA: Hosting USC this Saturday at the Crosstown Showdown.

Police reveal identity of Philly’s murdered ‘Boy in the Box’