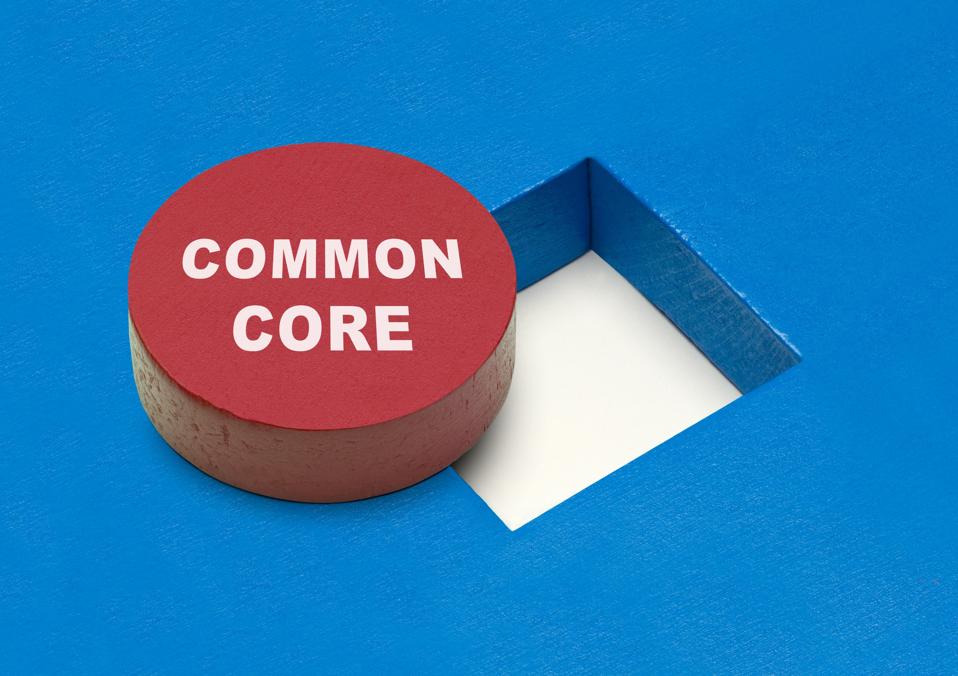 The core curriculum is perhaps the most misunderstood educational initiative of recent times. A new book provides useful analysis, but overlooks a key flaw embedded in the standards that has caused widespread confusion about what they need.

In 2018, then Education Secretary Betsy DeVos said the core curriculum was “dead.” In his new book, Between the state and the school: understanding the failure of the common core, education researcher Tom Loveless tries to write his obituary. He demonstrates that the standards had no effect on test scores or differences between racial groups, and he criticizes them as having no basis in research – or, perhaps, in a good way.

Loveless questions not only the value of the core curriculum, but also the concept of government-imposed academic standards, period. They are too “top-down,” he says, with too little flexibility and too many possibilities for disruption before they reach the classroom. The only standards that might work, he concludes, are those that “evolve … between teacher and student in the classroom.”

I agree with some of Loveless’s findings, but there are some fundamental points missing about the standards that I gleaned from researching my own book. Lack of knowledge. The fatal flaw – or original sin – of the core curriculum was the false equivalence its creators established between reading and mathematics. The governors, heads of public schools, and the businessmen who crafted the core curriculum in the mid-2000s were determined to avoid political controversy (one of the many goals that turned out to be illusory). This was in reaction to the proposed National History Standards debacle in the 1990s. Both math and reading were thought to be safe and content-neutral subjects – essentially skill sets.

But there is a fundamental difference between math and reading, or – more accurately – literacy. There may be different ways of teaching math, but the standards should be substance specific. They might say, for example, that second-graders should be able to add and subtract whole numbers up to 20. Literacy standards, on the other hand, say that students should do things like “do predictions ”on a text and“ identify the main idea ”- usually without specifying what they’re supposed to read.

Educators have long attempted to “teach the standards” in literacy as they would in mathematics, putting these supposed reading comprehension skills to the fore. The content of the texts was considered relatively unimportant, especially at the elementary level. Schools organize the literacy program around ‘skills’, and they have marginalized substantive subjects like social studies and science in an effort to improve reading scores.

But as the evidence from cognitive science indicates – and dismal and stagnant reading scores confirm it – comprehension can only develop alongside knowledge. The more you know about a topic, the better able you are to understand a text about it. And the more academic knowledge and general vocabulary you have, the better your reading comprehension in general. So instead of skipping content-rich subjects like social studies, schools that want to improve reading comprehension should prioritize them. (The other aspect of reading – sounding or decoding words – actually is a skill set, although unfortunately it’s often not taught that way.)

The original draft of the Common Core Literacy Standards was essentially a list of assumed comprehension skills. The idea was to increase the level of rigor by requiring, for example, that students be able to relate statements about what a text says to evidence in the text itself. The other key requirement was that all students read and understand the text at their “grade level”. This was an attempt to reduce the widespread practice of restricting students to their “individual” reading levels, which could be years below their grade level. But the only texts specified were four “fundamental American documents”, including the Declaration of Independence, to be read in 11e or 12e to note.

Few commentators, including Loveless, have focused on the lack of specificity in literacy standards. But shortly before the standards were released in 2010, someone did: ED Hirsch, Jr., who had long championed children’s knowledge development. Coleman felt he was right, and a meeting resulted in some changes. The standards would require students to read a specific amount of “informative text” – 50% in eighth grade and 70% in high school. And language has been added in a few places about the need to systematically develop knowledge, ideally through a cohesive, content-rich curriculum.

But this language appears in additional documents, not in the standards themselves; few people are aware of it and Loveless does not talk about it. For most teachers, the messages that emerged were that students needed to engage in “careful reading” of complex texts and that they needed to read more non-fictional material.

Loveless points out that there is no evidence that just reading a bunch of random non-fiction will strengthen knowledge, and he sees the core approach to close reading – which urges teachers to take the plunge. students in a text like the Gettysburg speech without providing context – as antithetical to the idea that students should acquire knowledge. But the intention behind the standards, there was that non-fiction would not be random and that careful reading would only be a means of building knowledge. The assumption, perhaps incorrect, was that students would learn more about Lincoln and the Civil War. (Loveless seems to assume that Hirsch maintained his initial support for the core curriculum, but in fact repudiated it in two subsequent books.)

To the extent that core literacy standards have failed to meet their goals, the misconception that they simply require adding new comprehension skills to the existing repertoire is largely responsible. Surveys have shown that teachers in core states actually focus on teaching After on generic skills than before, believing that this is what the standards require – even though, in another little-known statement, Coleman and the other lead author of the literacy standards said that instruction should be focus on text-specific questions rather than generic “Like” skills to find the main idea. ”

And rather than having all the students grappling with the grade level text, under the common core, middle and high school teachers are After likely to choose texts according to the individual reading levels of the pupils. (The proportion of elementary school teachers doing this has stayed about the same, around 63%.) The reasons aren’t clear, but influential literacy guru Lucy Calkins may be partly to blame. Although Loveless cites her as a supporter of the Common Core, she argued – in the face of plain language to the contrary – that the standards born actually require all students to read grade level text. The shift to level reading could also come from a decline in student preparation: 32% of teachers in a 2018 survey said that the level of knowledge students need to understand the texts they read in class had “worsened” in recent years, when only 26% said it had improved.

Why? The combination of skill-based comprehension education and more non-fiction can be to blame. With a steady diet of simple fiction, which elementary school students used to acquire, children without much academic knowledge had at least a chance to understand texts and acquire new knowledge and vocabulary. But if they are given non-fictitious documents of which they have no basic knowledge, they can simply get nothing out of it. Basic knowledge has been shown to be more important to understanding explanatory text, and teaching non-fiction “skills” such as distinguishing a caption from a subtitle is unlikely to help.

At the same time, the core curriculum may have had positive effects. Some teachers and curriculum developers realized that meeting standards would require developing students’ substantive knowledge. A few years ago, it was impossible to buy a content-based elementary literacy program; now there are several available, some of them for free. And a relatively small but growing number of schools and districts are adopting them.

The question is whether this could have happened without the core curriculum. We will never know, but it can be argued that literacy standards interfered by spreading the word that it is important to develop children’s knowledge. If you want to get this message across, you might be better off saying it directly rather than burying it under what appears to be a list of skills.

I agree with Loveless that the standards are less important than the curriculum. But he seems to be relying on the teachers themselves to initiate the change, and I’m skeptical. I have a lot of respect for teachers, but their training has misled them about how learning works. And the educational superstructure that was built on a flawed foundation is now so vast that it will likely take what Loveless sees as “top-down” steps to initiate its overthrow. At the same time, these measures will only work if individual teachers can be convinced that they make sense.

Opinion | Save the snowy days!