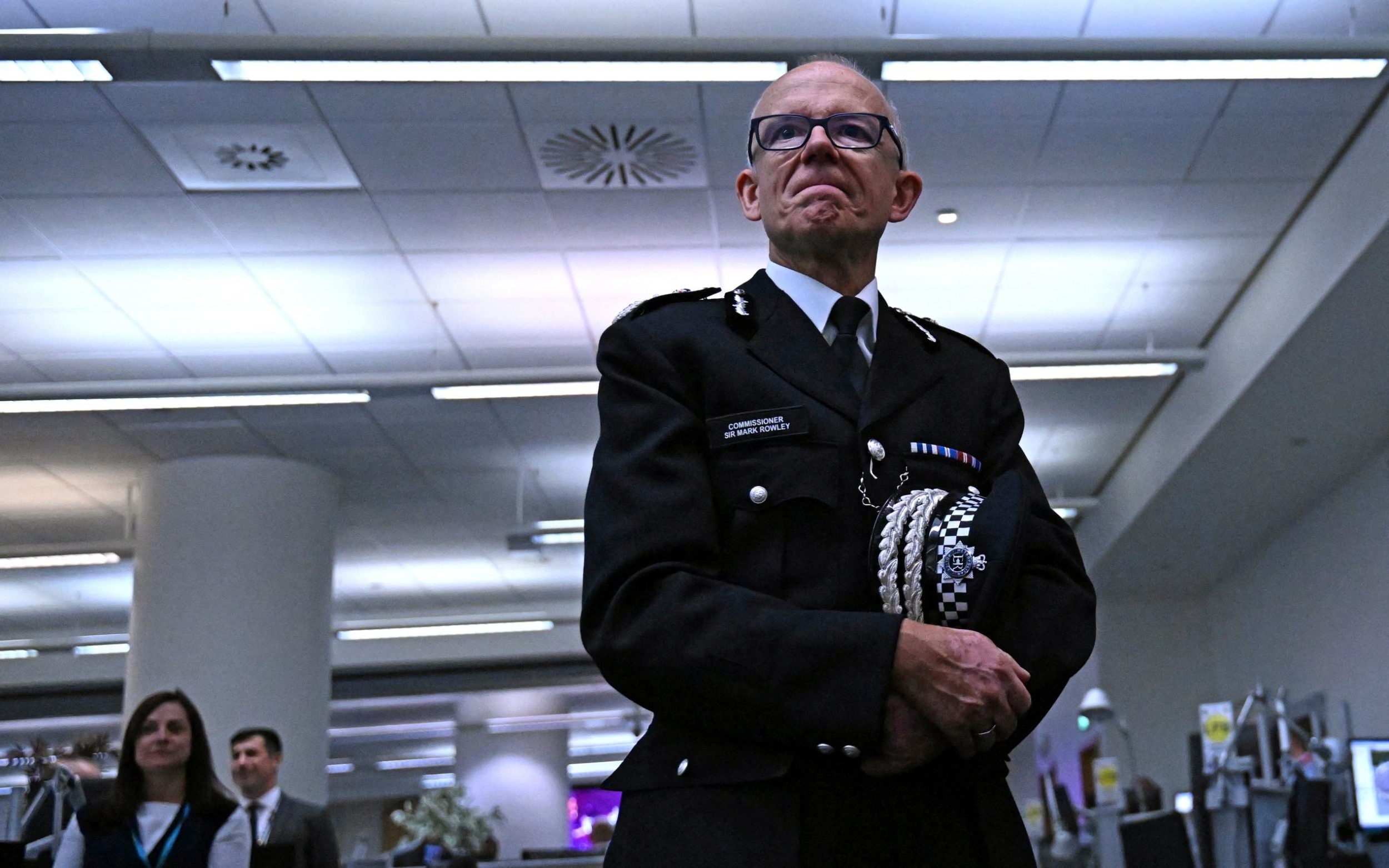 Nine weeks ago, I began my new role as a commissioner at the Met. The status quo for the London police, often touted as clear and unique, is nuanced. We are a public service with a dedicated, honest majority of hardworking officers and employees. We are also an organization in dire need of reform. Both statements are true.

Fifty days later, we are making progress, fueling my optimism. However, I remain honest about the fact that nothing less than a turnaround, rather than tweaks, is essential for realizing change.

Sir Robert Peel founded the Met in 1829 in the wake of a tumultuous time of civil unrest, severe post-war economic depression and mass unemployment.

He created an alternative to repression by military force and severity of punishment. An ethical, modern police force that serves the public, not the government. Citizens in uniform who use their powers with public consent.

Nearly 200 years later, we are facing an economic downturn, a cost of living crisis and while violence continues to wane in London, a shocking number of young people are dying on our streets.

Great change is never brought about by individuals, but is instead brought about through partnership. We can’t do this alone. We cannot do this without urgent changes to the way we are funded, clarity about our increasingly vague and bureaucratic mission, and overturning the misconception that more paperwork will magically create more trust.

In just six weeks, frontline officers made an additional 1,148 arrests, including 473 of the capital’s most wanted persons, many suspected of violent and sexual crimes.

We have pledged to attend all break-ins, expand the provincial lines’ innovative tactics to tackle London’s drug lines and mobilized additional resources to improve our emergency response.

We have launched a new Anti-Corruption and Abuse Command, deploying the same tactics used to fight high-level corruption to target racists, misogynists and homophobes in our midst. I have also been clear about the standards expected of every officer and member of the police force. We are getting more and more reports of people suspected of abandoning us. We will act on each of them. My team of senior officers and I are central to driving these changes.

Task for us has become wider

The police mission has grown in recent times. First, any modern law enforcement agency is expected to go beyond the classic public crimes of violence and dishonesty. Second, identifying those behind predatory behavior, rape, sexual assault and domestic violence, which are largely private. The data tells the story much better than words. Rape allegations in London have tripled in the last ten years. Accusations of offenses involving indecent depictions of children have increased almost sevenfold since 2012.

Third, we need to tackle the crimes that take place online, such as fraud, which accounts for almost half of all crime. We are currently testing a new method to dramatically increase fraud prosecution and disrupt fraudsters’ networks. These challenges stretch our capacity and capabilities.

In our city, these problems are more intense, where we have a quarter of the police resources as we grapple with ever-increasing challenges. The vast majority of protests, growing in severity and impact, take place in London, as do a third of Premier League football matches where we see a sharp rise in violence. The impact of serious crime on London is also heavy. All this while the population of the capital has grown to more than 9 million in ten years.

Despite this, and not counting national subsidies such as counterterrorism, the Met has about 22 percent of the national budget for local policing. This comes from the government and city hall.

In recent years there have been significant cutbacks and then growth, but the overall effect leaves much to be desired. Per person in our population, the amount of funding for police surveillance in London has fallen. If we matched the funding levels per person at a level with the 2010/2011 investment, we would need a 27 percent increase in funding to stand still.

It’s great that we have more police in London than ever before, but this has been achieved in part by pulling two other levers, which comes with a price tag.

Firstly, by paying civil servants much less in real terms. Understandably, this hurts morale. A qualified agent is paid nearly 14 percent less than a decade ago. It is often forgotten that pension contributions have increased, taking home £2,000 of their annual pension. Second, we eroded the Met’s support services behind the scenes appointing officers to succeed.

We urgently need to invest in our fragile foundations. We need a leadership academy to better equip police leaders, modern data systems that reflect the best of the private sector, and renewed investment in PCSOs – the community policing base reduced by two-thirds.

In the current climate, it may not be realistic for the mayor and the minister of the interior to solve problems with money. But there are other policy and legal changes that can make a big difference.

I am deeply concerned that in a time of tremendous effort and growing responsibility over the past two decades we have created a vague and bureaucratic mission for the police. Urgent reforms are needed outside the police in several respects.

As a seven-day, 24-hour emergency service, police officers spend too much time on social and health work where the other agencies have stepped back for many reasons. That will only get worse if other government services strike, something the police as Crown servants cannot do.

You may be shocked to learn that for every mental patient we help, two officers wait an average of 14 hours with them in the ER while the NHS sorts out its response. Most disturbingly, our use of Section 136 under the Mental Health Act has increased 450 percent since 2013.

And as I’ve already said, changes to police misconduct and performance rules will make a big difference in helping me weed out our corrupt minority. The national review of police productivity is welcome, as is the Home Secretary’s urgency to see recommendations on how to reduce the burden of protecting people in a mental health crisis, but we need to act quickly on all of these issues.

A ruthless and quick spring cleaning is obsolete. Together with the support of a passionate and dedicated workforce, I started the work.

To bring about the overhaul, I remain determined to see partners in government, city hall and in the public sector be on the same page about the reality of the challenges ahead, ready for a clean slate of the past so we can turn the Met together.

Sir Mark Rowley is the Commissioner of the Metropolitan Police