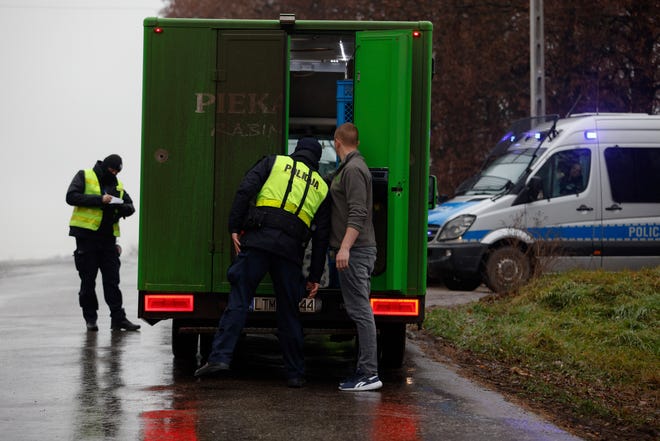 There is no evidence that a missile that struck a Polish border town near Ukraine was a deliberate attack on his country, Polish President Andrzej Duda said on Wednesday.

“The defense of Ukraine launched their missiles in different directions and it is very likely that unfortunately one of these missiles fell on Polish territory,” Duda said. “There is nothing, absolutely nothing, to suggest that it was a deliberate attack on Poland.”

Ukrainian President Volodymyr Zelenskyy told reporters that, based on information from his top commanders, “it was not our missile or our missile strike,” adding that his officials should have access to the site and participate in the investigation.

He also said that if the evidence shows that the missile came from Ukraine, “we must apologise”.

NATO Secretary General Jens Stoltenberg said at a meeting of the military alliance in Brussels that preliminary analysis suggests the incident was likely caused by a Ukrainian air defense missile fired against Russian cruise missile attacks.

“But let me be clear: this is not Ukraine’s fault,” he said. “Russia bears ultimate responsibility in continuing its illegal war against Ukraine.”

Russia’s defense ministry said photos of the wreckage released by Poland indicated the missile came from a Ukrainian S-300 missile defense system. Russia itself carried out massive rocket attacks on Ukrainian cities on Tuesday, knocking millions of people out of power.

“All missiles launched hit their designated targets precisely,” the Defense Ministry’s press service said in a statement. Ukraine said it shot down more than 70 of the 90-100 missiles fired, in addition to 11 drones.

US, NATO INVESTIGATE BLAST IN POLAND:Biden says the missile was probably not fired from Russia

►With Democrats still in control of both chambers of Congress for the rest of the year, President Joe Biden will request more than $37 billion in emergency aid from Ukraine – nearly 60% of that in military aid – as part of the package to to fund the US government until the end of September 2023.

►In light of a rocket landing in Poland that killed two people on Tuesday, Ukrainian presidential adviser Mykhailo Podolyak tweeted that it is “Time for Europe to ‘close the skies over (Ukraine)’. Also for your own safety. ”

►French President Emmanuel Macron urged China to play a greater mediating role in efforts to end the war. He said he could meet President Xi Jinping in Beijing next year.

►The Czech Republic has agreed to train up to 4,000 Ukrainian soldiers on Czech territory. The Defense Department said the training will include five rotations with up to 800 soldiers each, starting in the coming weeks.

►Sweden said it would provide Ukraine with $290 million in military aid and a $70 million humanitarian aid package.

The United Nations is “cautiously optimistic” that the grain deal between Ukraine and Russia will be extended beyond Saturday’s expiration date, allowing the shipment of agricultural products critical to avoiding a global food crisis from Black Sea ports continued.

A UN official who is not authorized to speak publicly said on Wednesday that Secretary-General Antonio Guterres had a “very positive” discussion on the subject at the G-20 summit with Russian Foreign Minister Sergey Lavrov.

The agreement, approved on July 22 and brokered by the UN and Turkey, has enabled Ukraine to export more than 11 million tons of wheat and Russia to ship its grain and fertilizer to world markets. An extension would last 120 days.

ALSO READ  A pause in the reverie

Defense Secretary Lloyd Austin confirmed on Wednesday that the US believes the missile that struck a Polish border town near Ukraine on Tuesday was an errant air defense projectile launched by Kiev.

“We are still collecting information, but we have not seen anything that contradicts (Polish) President Duda’s preliminary assessment that this explosion was most likely the result of a Ukrainian air defense missile that unfortunately landed in Poland,” Austin said. “And whatever the final conclusions, the world knows that Russia bears ultimate responsibility for this incident.”

Speaking at a press conference with Austin, Army General Mark Milley, chairman of the Joint Chiefs of Staff, said his staff tried to get Russia’s top military official, General Valery Gerasimov, on the phone to discuss the incident and were “unsuccessful.”

The Kremlin has rare praise for American leaders

Poland’s deadly missile strike once again showed that jumping to judgment can escalate the situation, but US officials showed restraint during the crisis, spokesman for Russian President Vladimir Putin said Wednesday. Dmitry Peskov called Europe’s and Ukraine’s response to the incident another example of “frenzied Russophobia”.

Hours after the attack, President Joe Biden said it was “unlikely” that Russia had deliberately fired the missile at Poland.

“In this case, it makes sense to pay attention to the restrained and much more professional response from the US side and the US president,” Peskov said.

Peskov told the state-run Tass news agency that communication channels between the defense ministries of Russia and the United States continue to function. He emphasized “a rather restrained reaction from the Americans, which contrasted sharply with the absolutely hysterical reactions from the Polish side and a number of other countries.”

Lviv is struggling with power constraints

The southern and eastern regions of Ukraine have been the hardest hit by Russian missiles since the start of the war. But western cities are far from exempt. Power has been restored to 95% of the Lviv region, but only 30% of consumers can use electricity at the same time due to capacity restrictions, provincial governor Maksym Kozytskyy said on Wednesday. He added that it could take a year to fully restore the power grid.

Kozytskyy said the province was better prepared for the latest Russian attack on the grid. Mechanics were able to work using diesel generators and substations in the region were fitted with additional protective shields. Also, a large number of cars with loudspeakers were quickly deployed to warn the local population, he said.

Ukraine’s air defense is getting better and better

Ukrainian air defenses shot down 73 of about 100 Russian missiles — and all of the drones — during Tuesday’s massive attack on the country, the Ukrainian General Staff said. In a coordinated attack on Oct. 10, the Ukrainians shot down 43 of 84 cruise missiles and 13 of 24 drones, the Institute for the Study of War reported.

“The increased number of shootings in Ukraine illustrates the improvement of Ukrainian air defenses over the past month,” the institute said in its latest assessment of the war. “The Ukrainian General Staff attributed this improvement to the effectiveness of air defense systems supplied by the West.”

The institute also said Russian armed forces are depleting their supply of high-precision weapon systems and will likely have to slow the pace of their campaign against critical Ukrainian infrastructure.