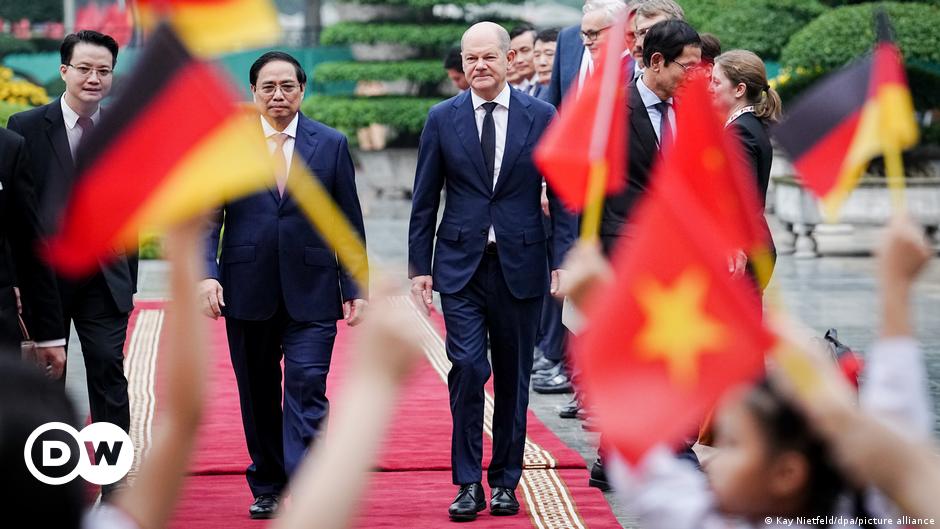 The new mantra of the German government is that Asia is more than just China. That may go without saying for many, but after 16 years of a one-sided focus on China under Angela Merkel, it marks another turning point, this time in terms of economic policy. As with Russian gas, Merkel had maneuvered Germany into an unhealthy and unwise dependency.

Under her leadership, China became Germany’s largest trading partner and the most important sales market for many companies. With every major contract that German industrial groups made, dependence on China grew. Today, the German government views China as a systemic rival.

Merkel’s travel statistics speak for themselves: she visited China 12 times, always accompanied by a large business delegation. But what about Singapore or Vietnam? Or the recent G20 host country Indonesia? The former German Chancellor has only visited each of them once. These are countries that – each in their own way – are the economic heavyweights of the Southeast Asian association ASEAN with its approximately 650 million inhabitants.

Indonesia had by far the largest gross domestic product (GDP) in 2021 with about $1.19 trillion (€1.8 trillion). Singapore does have a much smaller economy. However, the highly developed island nation, about the size of Hamburg, has a higher GDP per capita than the United States or Germany. It also operates the second largest container port in the world and is a major financial center in Asia.

In terms of democracy and human rights, Vietnam is hardly less repressive and authoritarian than China. China’s southern neighbor is doubling its economic output in less than 10 years and will soon overtake more developed Malaysia.

A rapid German turnaround is unrealistic

And yet a look at China’s economic power is sobering. The People’s Republic is by far Germany’s most important trading partner in the region. Germany and China exchange goods worth about €250 billion ($258 billion) a year. In comparison, the trade volume with Vietnam and Singapore is only €14.5 billion and just over €11 billion, respectively.

A rapid turnaround is therefore unrealistic; the road to greater foreign trade diversification is likely to be a marathon one.

The same applies to the supply of important raw materials. In addition to new energy suppliers, new suppliers of scarce raw materials are also vital to support the energy transition. Copper, lithium and rare earths are the buzzwords here.

Germany urgently needs to address its shortcomings in this area. Why did German partners lose out to competitors in the extraction of lithium in Bolivia? What happened to the resource initiative in Mongolia, where copper and rare earths are waiting to be mined? Both materials are essential for the energy transition. Whether it concerns copper for electric motors or rare earth metals that are processed in the production of permanent magnets used in wind turbines.

To make matters worse, the German coalition government will not announce its new China strategy until the middle of next year. An economic strategy adapted to the new reality was long overdue – not only with regard to China. The government must find answers together with the business community and map out a course of action. The business community, for its part, has long since started diversifying its supply chains in the wake of the coronavirus pandemic.

Where does Germany see its economy five, ten or twenty years from now? Unfortunately, answers are scarce. China, on the other hand, set its roadmap for economic progress long ago. Beijing has precisely spelled out the type and timing of its targets. In Germany, these targets are limited to announcing which energy sources must be shut down and when.

It would be unfair to expect the government to correct 16 years of one-sided orientation towards China under Angela Merkel in record time. However, there is no time to lose.

This article was originally published in German.