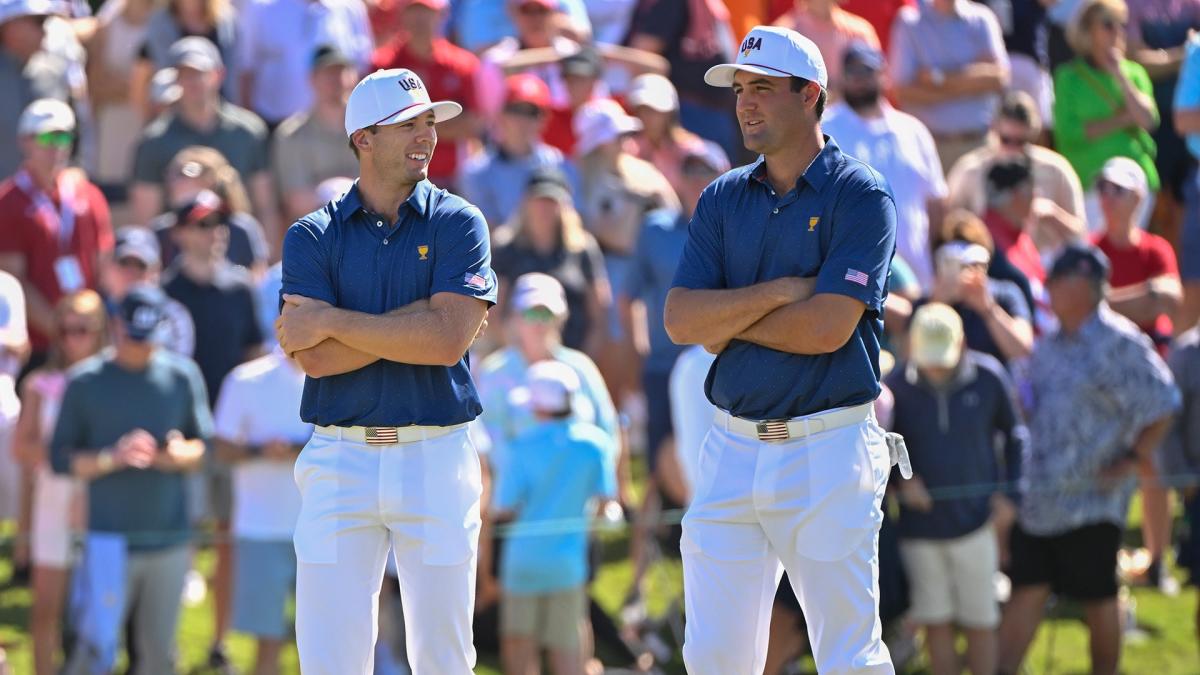 As the announcements go, this one was rather modest with just two paragraphs revealing the 16-member Player Advisory Council for this year’s PGA Tour.

The annual announcement is normally little more than housekeeping, and for many who have served in the PAC, which “advises and consults” the Tour’s policy board and commissioner Jay Monahan, it’s a light lift with half a dozen meetings over the course of the year. years that can be followed just as easily via Zoom.

But these are not normal times and this was not a normal PAC announcement.

Of the 16 Tour members named in this year’s PAC, 10 were on the council for the first time; not a very surprising number until you take a deeper dive. Scottie Scheffler, Sam Burns, Adam Scott and Rickie Fowler join the group for the first time.

“I think in the last year you’ve seen more players get more involved in things with the Tour. I think with LIV it’s kind of an obvious deal that we had to make a few changes to improve our Tour in a different way,” said Scheffler. “Because I have the chance to sit on the PAC and talk to guys at all different levels of our Tour, whether it’s a guy finishing 100th on the money list or first, it’s kind of fun to be in the room and having those conversations and figuring out what collectively is going to work best for all of us so that this Tour can succeed.

If the reigning player of the year joining the PAC isn’t a big surprise, it’s certainly a reason to note that Scott and Fowler are joining the group. The two veterans have spent 34 seasons together in the Tour without ever aspiring to take part in the decision-making process, yet here they sit, as it were, in the front row, listening intently.

The era of player empowerment has arrived in professional golf and the idea that they just want to be in the room, to be honest, is a bit misleading.

Not since Arnold Palmer and Jack Nicklaus led players in the Tour’s founding has there been such an undercurrent of control shifting to the rank and file. It’s a process that began in a conference room at the Hotel Du Pont in Wilmington, Del., when nearly two dozen high-profile players gathered last year to chart a new course for the Tour.

Besieged by an exodus of top Tour players to rival LIV Golf, Rory McIlroy and Tiger Woods gathered the game’s top players in August ahead of the BMW Championship to outline a major change to the circuit’s structure with the transition to “designated” events with larger purses and limited fields.

The following week at the Tour Championship it was Monahan outlining the changes to the media, with McIlroy watching intently from the back of the room, but make no mistake, this was player driven and for the likes of Fowler, Scott, Scheffler and Burns it was ownership begins at the PAC.

“Of course we want to hold the Tour accountable and make sure everything gets done, but at the same time that’s not necessarily going to happen through the PAC,” said Fowler. “That’s Tiger and Rory and that group, but there’s still a little influence through the guys from the PAC to make sure things are going in the right direction and moving forward.”

The addition of designated events and a minimum of 20 events for the game’s top players appears to be just the beginning of the profound changes Woods, McIlroy and the group have initiated in Delaware. Next year promises even more change. As a Tour official described the situation last week, it’s like trying to build a plane as it flies. It’s why the likes of Scott and Fowler, after decades of playing the Tour with little interest in how the sausage is made, have suddenly taken an interest.

“I was in the hall in Delaware and I think it’s good that we’re focusing not only on this year, but also on the longevity of the Tour. We all care deeply about this tour and the history behind it and care not only about us, but about the next generation of players,” said Will Zalatoris, who will serve his second term in the PAC this year.

Neither Woods nor Phil Mickelson, who was among the first to hunt for LIV Golf’s guaranteed wealth, have ever served a term on the policy board. It was not necessary. For much of their career, their voices carried far enough and the “irrational threat,” as Monahan LIV Golf described, was unthinkable.

But top players no longer have the luxury of island thinking. It’s a sign of the times that along with unprecedented player empowerment comes unprecedented responsibility.