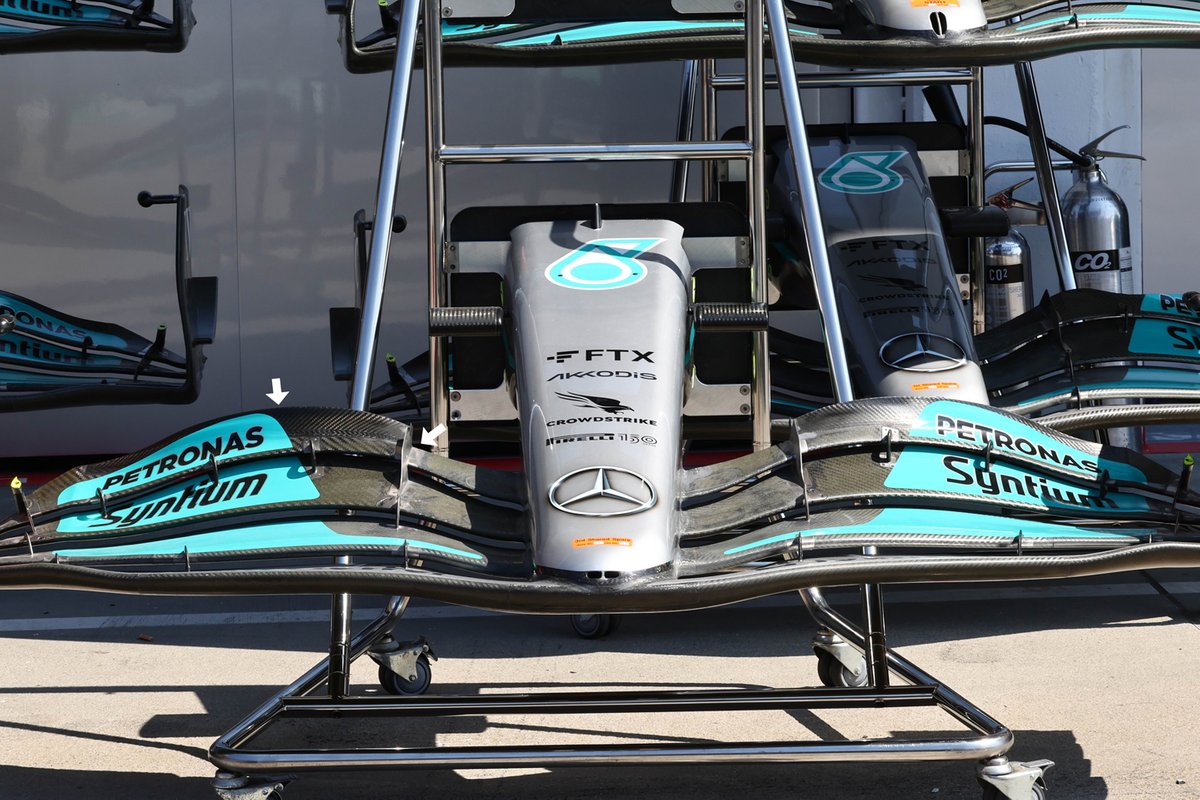 The Hungaroring’s high downforce nature means the team not only has new parts on the car, but also some older parts that meet the needs of the team as well.

This starts at the front of the car as the team uses a more heavily loaded front wing, with the upper elements trimmed earlier if necessary to reduce downforce and drag.

This helps balance the car better as the team has returned to the rear wing with a higher downforce configuration, albeit with some tweaks for this race to get the most out of it (circled, second image, below).

Given the constraints of the budget cap, the team decided not to create an entirely new assembly, but instead perform surgery on this part of the wing, as can be seen from the closing lines and rivets used. to sew the two sections, new and old, together.

Changes have also been made to the jet wing arrangement, with element camber being increased as a means of providing additional downforce and the necessary balance for the other changes that have been made. 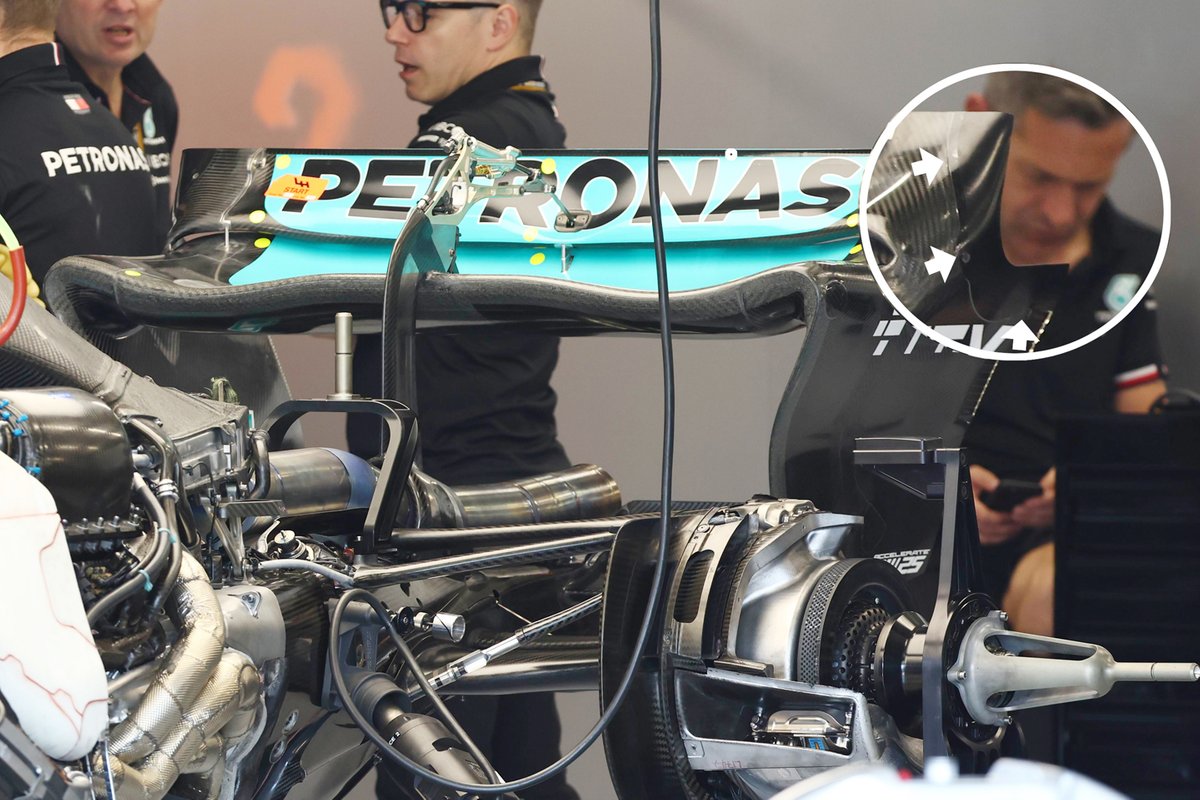 Mercedes has also turned to another longtime favorite in Hungary, as a pair of boomerang winglets now straddle the W13’s halo.

The winglets, which have been a staple for many teams since the halo’s arrival in 2018, help regulate airflow over the safety device, ensuring airflow remains locked in, while conditioning airflow to the rear of the car. and improved.

Mercedes used a similar setup over the course of last year’s campaign, but had opted not to install the winglets in the first half of this year, perhaps unable to see their performance advantage with the original aerodynamic layout. 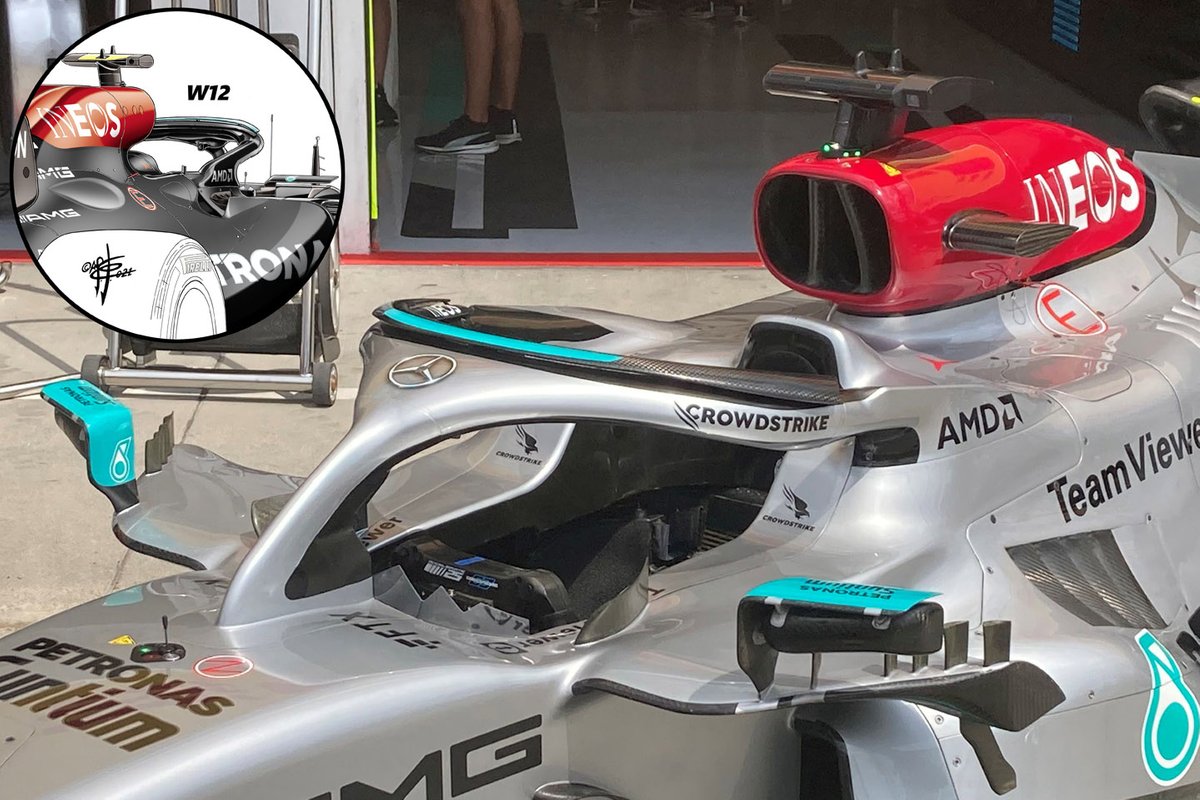 Why F1 2022 tech isn’t all about porpoises and sidepods