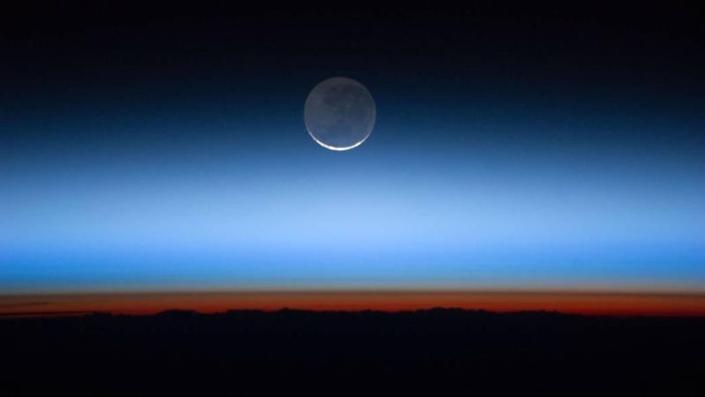 Astronauts on the International Space Station took this photo of Earth’s atmospheric layers in 2011.

When it comes to the health of our environment, it can often feel like everything is falling apart. But a recent assessment by the United Nations Environment Program offers a rare relief: The ozone layer is on track for full recovery by 2066. The Montreal Protocol, an international treaty to protect our ozone signed in 1987, has been a success, stated the UN-backed scientific panel in a report first released in October 2022 and formally presented Monday at the meeting of the American Meteorological Society.

Despite a major setback in the 2010s, the amount of ozone-depleting chemicals emitted globally has declined since 2018. Overall, nearly 99% of those harmful substances have been phased out since the 1980s, according to a Monday press release. If all goes according to plan, the global ozone layer, including over Antarctica, is expected to recover to pre-1980 levels by 2066, the assessment said.

ALSO READ  California is getting more rain and snow, but dry days are coming

After a year of dismal UN reports on climate change, the ozone report is “fantastic news,” UN Executive Secretary for Ozone Meg Seki said in the news statement. “Over the past 35 years, the [Montreal] Protocol has become a true champion for the environment,” she added. Through global agreement, scientific assessment and enforcement, humanity has managed to avoid what could have been a major planetary crisis.

The ozone layer is a part of the Earth’s upper atmosphere with a high concentration of molecules made up of three oxygen atoms. In the stratosphere, that O3 acts as a critical protective blanket that absorbs some of the solar radiation, including carcinogenic UVB light that damages the TBEN of all life forms. Although the ozone layer goes through natural fluctuations in distribution and thickness, scientists in the 1970s noticed the link between certain man-made chemicals and ozone depletion. In the early 1980s, researchers documented a worsening thin spot, called a “hole,” in the ozone layer over Antarctica.

Rapid and global action to phase out those chemicals followed, and things began to improve. But then between 2012 and 2018, the world started to decline and the recovery of the ozone layer slowed.

The UN conducts its ozone assessments every four years, as part of the Montreal Protocol. The latest review, published in late 2018, found a worrying resurgence of a certain ozone-damaging emission known as CFC-11, a banned chemical previously used in refrigerants and insulation foam.

The source of the CFC-11 was initially mysterious, but scientists eventually largely linked it to production in eastern China. And, as the latest UN assessment confirms, a national crackdown on CFC-11 production in China appears to have curbed the rise in illegal chemical emissions. According to UN estimates, global annual CFC-11 emissions fell from more than 70 Gg/year to less than 50 Gg/year between 2018 and 2021. Some continued CFC emissions are unavoidable as chemicals already produced and contained in equipment such as old refrigerators, improperly disposed of, inevitably continue to leach out.

Besides good news for the safety of our skin and eyes, the UN report is also good news for climate change. Many of those same ozone-depleting compounds are also hyperpotent greenhouse gases. For example, CFCs can cause 10,000 times as much atmospheric warming per pound as carbon dioxide. By reducing emissions of CFCs and other chemicals, the Montreal Protocol has become one of the most effective pieces of global climate policy we have.

And UN leaders also hope it serves as a roadmap for how we can navigate the regulation of other greenhouse gases. “Ozone action sets a precedent for climate action,” said Petteri Taalas, secretary general of the World Meteorological Organization. “Our success in phasing out ozone-eating chemicals shows us what we can and must do – urgently – to move away from fossil fuels, reduce greenhouse gases and thus limit temperature rise.”