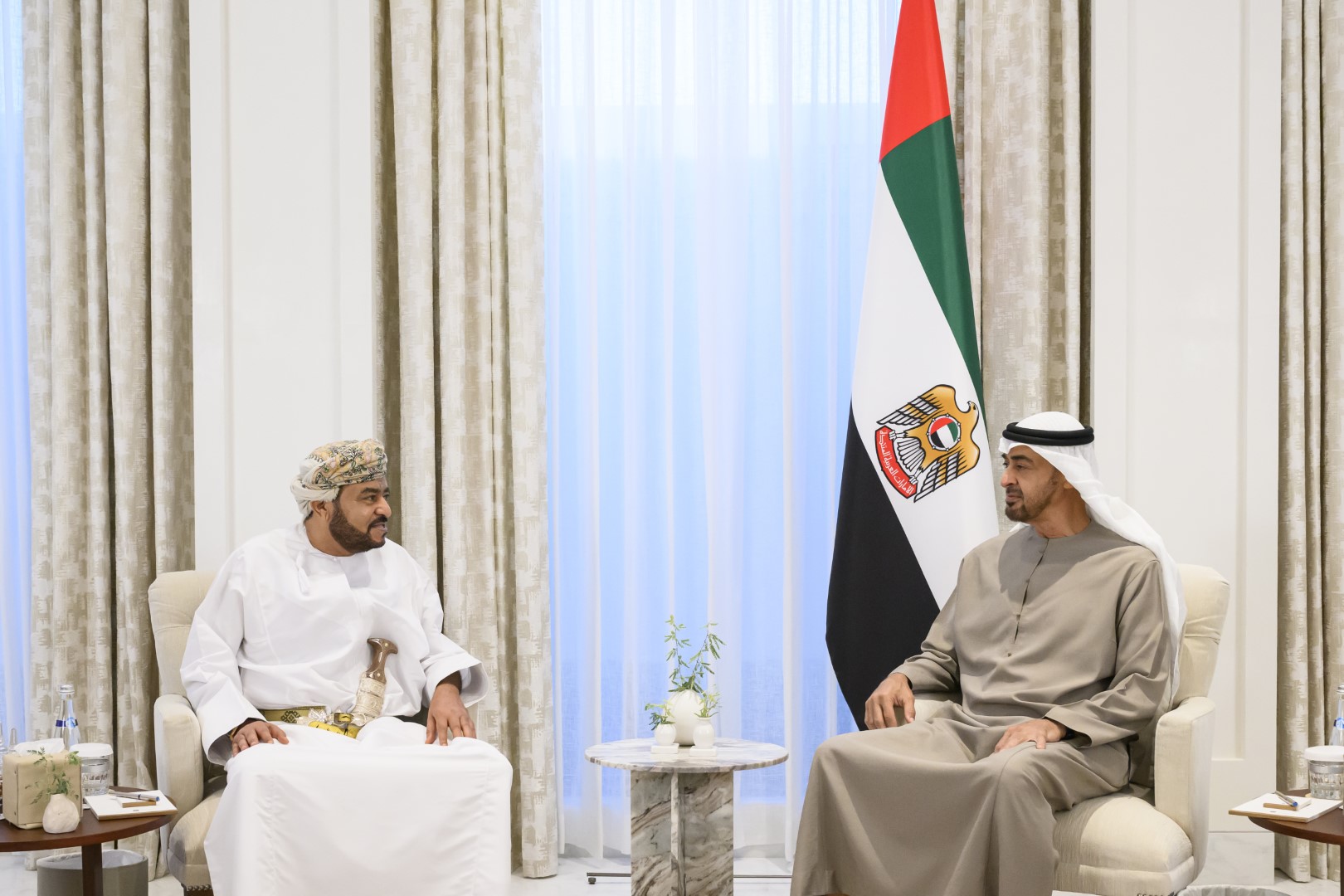 Today, His Highness Sheikh Mohamed bin Zayed Al Nahyan, President of the State, may God protect him, received a written message from his brother, His Majesty Sultan Haitham bin Tariq bin Taimur Al Said, the sisterly Sultan of Oman, related to the strong brotherly relations between the two brotherly countries and issues of common interest.

This came during the reception of His Highness Sheikh Mohamed bin Zayed Al Nahyan – at the Beach Palace in Abu Dhabi – His Highness Sayyid Fatek bin Fahr Al Said, the special envoy of His Majesty Sultan Haitham bin Tariq, who handed him the message and conveyed to him the greetings of His Majesty the Sultan and his wishes for good health and wellness for the UAE and its people Progress and prosperity.

ALSO READ  Fujairah Ruler receives the ambassadors of Singapore and Turkey and the consuls of Kuwait, Algeria and the Netherlands

For his part, His Highness Sheikh Mohamed bin Zayed Al Nahyan conveyed His Highness Sayyid Fatek bin Fahr Al Said his greetings to his brother, His Majesty Sultan Haitham bin Tariq, and his sincere wishes to His Majesty for continued health and happiness, and for the Sultanate of Oman and its people further progress and development.

During the meeting, His Highness expressed the UAE’s pride in its relations with its sister, the Sultanate of Oman, and its aspiration towards further development and growth of these relations.

The two sides reviewed the close brotherly relations between the two brotherly countries and ways to strengthen and push them forward in various fields.

The Royal Envoy arrived in the country earlier today, where he was received at Al Bateen Airport in Abu Dhabi. His Highness Sheikh Khalid bin Mohammed bin Zayed Al Nahyan.