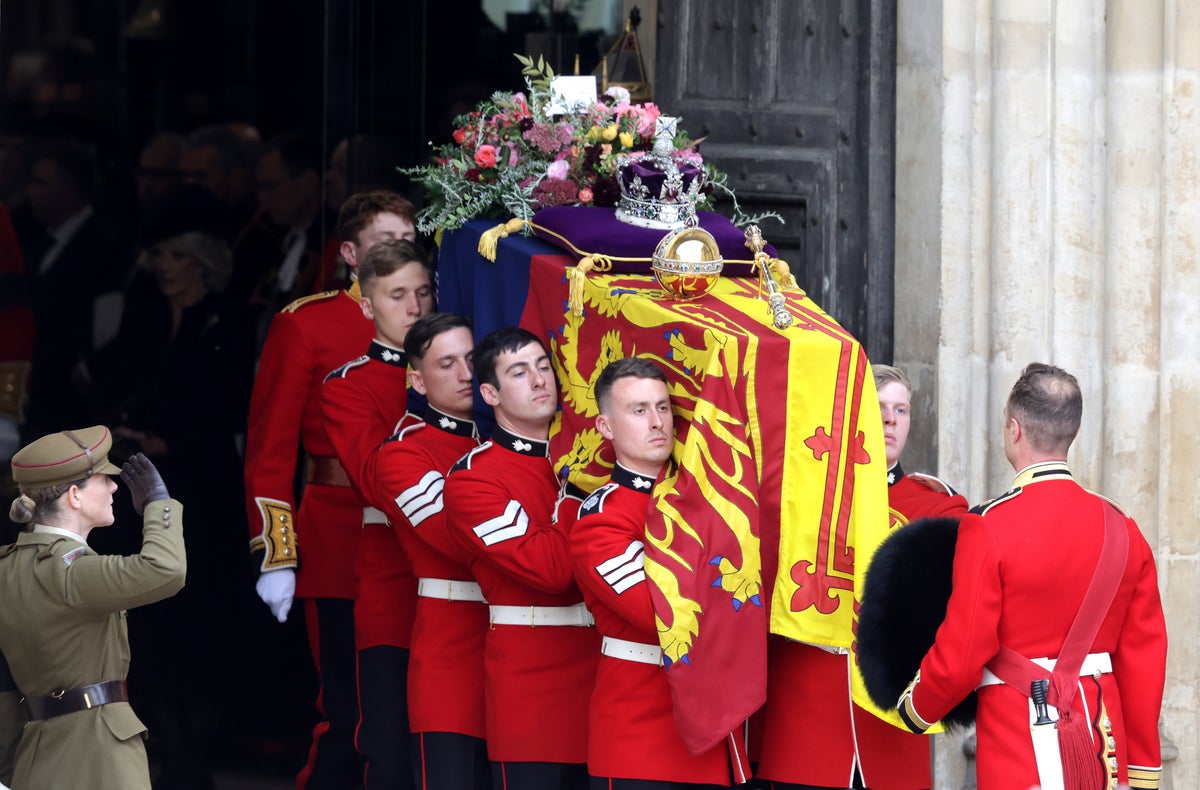 WWhen Elizabeth II became queen in February 1952, her grandmother – the stern Queen Mary, widow of George V – wrote her a royal advice. ‘Remember,’ she said, ‘life is made up of loyalty: loyalty to your friends; loyalty to beautiful and good things; loyalty to the country in which you live; and especially because this holds together all other loyalties, loyalty to God.”

Now that Queen Elizabeth II’s state funeral at Westminster Abbey had served almost beyond her physical strength, it was an opportunity for the nation, Commonwealth and most of the world represented there to express thanks and praise for the loyal service of a gentle Christian soul.

The abbey that married her, crowned her—and where she took those sacred vows of literal lifelong service—has now appropriately commemorated her. A quarter of a century ago, Diana’s funeral took place here – a moment of peril for the House of Windsor.

Charles, Earl Spencer’s speech, received thunderous applause from the Abbey and (metaphorically) around the world. His words seemed timeless—and darkly ominous: “I would like to end by thanking God for the little mercies he has shown us at this terrible time. For taking Diana at her most beautiful and radiant and when she was enjoying her private life.

“Above all, we give thanks for the life of a woman I am so proud to call my sister, the unique, the complex, the extraordinary and irreplaceable Diana; whose beauty, both internal and external, will never be extinguished from our minds.” Now, sadly, the memory of Diana is fading.

Camilla is Queen Consort and King Charles III is popular – not least because of the Queen’s stabilizing influence. From today’s perspective, this was the greatest proof of Elizabeth II’s ability to get things right, even after mistakes.

The eyes of a worldwide audience were on her at the abbey, as on happier occasions: the coronation in June 1953, their first television experience for many British families. Then – and now – there was a rare gathering of emperors, kings, princes, dukes, presidents, chancellors and prime ministers to witness the proceedings. As the old saying goes, the crowned heads of Europe – and as far away as Japan and Brunei – paid their respects. The golden crosses of the dignitaries of the established church were accompanied by leaders of every faith.

The service was performed in this nearly 1000-year-old abbey and was a dazzling spectacle of music and poetry. One of the striking features of all the formal funerals in recent days in England, Scotland, Wales and Northern Ireland has been the care with which music and recitations have been chosen – and the precision of the ceremony.

The service at the abbey was no exception. Many of them were her own choice, such as the farewell and the endearingly beautiful lament “Sleep, Dearie, Sleep” uttered by the Queen’s piper, Warrant Officer Class 1 (Pipe Major) Paul Burns, a particularly poignant moment.

Elizabeth also chose psalms and hymns that recall her mother’s funeral in 2002, and echo her marriage to Philip nearly 75 years ago: Ralph Vaughan Williams, Edward Elgar, John Donne, Henry Purcell, Charles Wesley, Johann Sebastian Bach, the Book of Common Prayer, the Bible. “Everything that is beautiful and good”, indeed.

It is unusual for the Archbishop of Canterbury, Justin Welby, to break away from the routine platitudes a bit when he noted, “In all cases, those who serve will be loved and remembered when those who cling to power and privilege are long forgotten. ” Perhaps it was a good thing that the television cameras weren’t turning to Boris Johnson or Jair Bolsonaro at the time.

Black may be the color for mourning, but ceremonial London could hardly have been more vibrant. There was even a rainbow over London as dawn broke, a sort of metaphor for how the Queen’s radiant smile broke the ice for the most nervous of her many visitors and guests.

The vibrant flags of the Commonwealth countries, the overseas territories and countless union jacks brightened up a happily dry day, with Big Ben regularly sounding solemn, occasionally accompanied by the clatter of hooves. The marching brass bands, the massive pipes, and the muffled drums played alternately solemn and light-hearted tunes, befitting an event that was itself alternately sad, grim, and celebratory.

The processions were colorful and designed to be awe-inspiring. The tradition of the children of the monarch and immediate family following on foot behind the coffin counterpointed and put them on the same level as the people who camped along the route. You wouldn’t call it egalitarian, but the king was there, walking down the street; not high and mighty on horseback or obscured by bulletproof glass – but as his mother’s son, chief mourner.

Many countries do well ceremonially, but few have the same variety of archaic dress and uniforms as the British. The glittering Imperial state crown, orb and scepter atop a coffin draped in the royal standard, worn on the Royal Navy state funeral caliber with 142 ratings pulling it – these are impressive and unusual procedures for a head of state.

There were Canadian Mounties, Beefeaters and Buglers, Bearskins and Archers, Blues and Royals, Ostrich Plumes, Scarlet Tunics and Tabards. It was gloriously Ruritan, the sights and sounds strongly reminiscent of Victoria’s funeral rites in 1901 (although the British armed forces are much stripped of those truly Imperial times).

There wasn’t much modernization going on – better representation for women, and a delegation of NHS Covid heroes accompanying veterans were small concessions to change.

Overall, the admittedly brilliant spectacle did nothing to dispel the feeling that the British are so proud of their past that they’d rather live in it. But it was also a reminder that a constitutional hereditary monarchy, with all its exquisitely archaic rituals, can help stabilize a country undergoing rapid social and economic transformation – as Britain did after 1952.

Twice this year, the Queen has brought the nation together. It seems much longer, but it’s only been three months since the platinum anniversary gave the UK another welcome opportunity to take stock, throw a party and thank a 96-year-old great-grandmother.

As always, though not often in attendance, the Queen was the obvious star of the anniversary, her farewell performance with Paddington Bear so fondly remembered, perhaps surpassing her memorable scenes with James Bond at the 2012 London Olympics. Now at Westminster Abbey and later Windsor, Elizabeth II is once again at the center of worldwide attention for the final canvas.

The death of one monarch means little politically. King Charles III will no doubt try as hard as his mother to become the head of the nation – and bring back to the United Kingdom and the Commonwealth the values ​​that bind them together.

In her first televised Christmas message in 1957, Elizabeth II appeared in the living rooms of the country to declare: “The monarch used to lead his soldiers on the battlefield and his leadership was close and personal at all times. Today things are very different. I cannot lead you into battle, I give you no laws or pronounce justice; but I can do something else, I can give you my heart and my devotion to these ancient islands and to all the peoples of our brotherhood of nations.”

She was right. At a time like this, when the monarchy looms so great, it must be rethought that the new king cannot solve our living expenses; neither prevent the breakdown of the union nor end wars. Even as we reflect on Elizabeth II’s exquisite service, we shouldn’t kid ourselves about the significance of the moment – but something elusive has been lost in the past week or so; what diplomats call “soft power”. Soft and elegant.

Despite all the silent, unspoken hopes of a post-Brexit national reconciliation, the resilient spirit of the queue and the expectations for a new government, there is a sense that the passing of sovereign superstar Elizabeth II leaves a nation somewhat exposed. We will miss her, and her unwavering loyalty to an ideal of Britain.