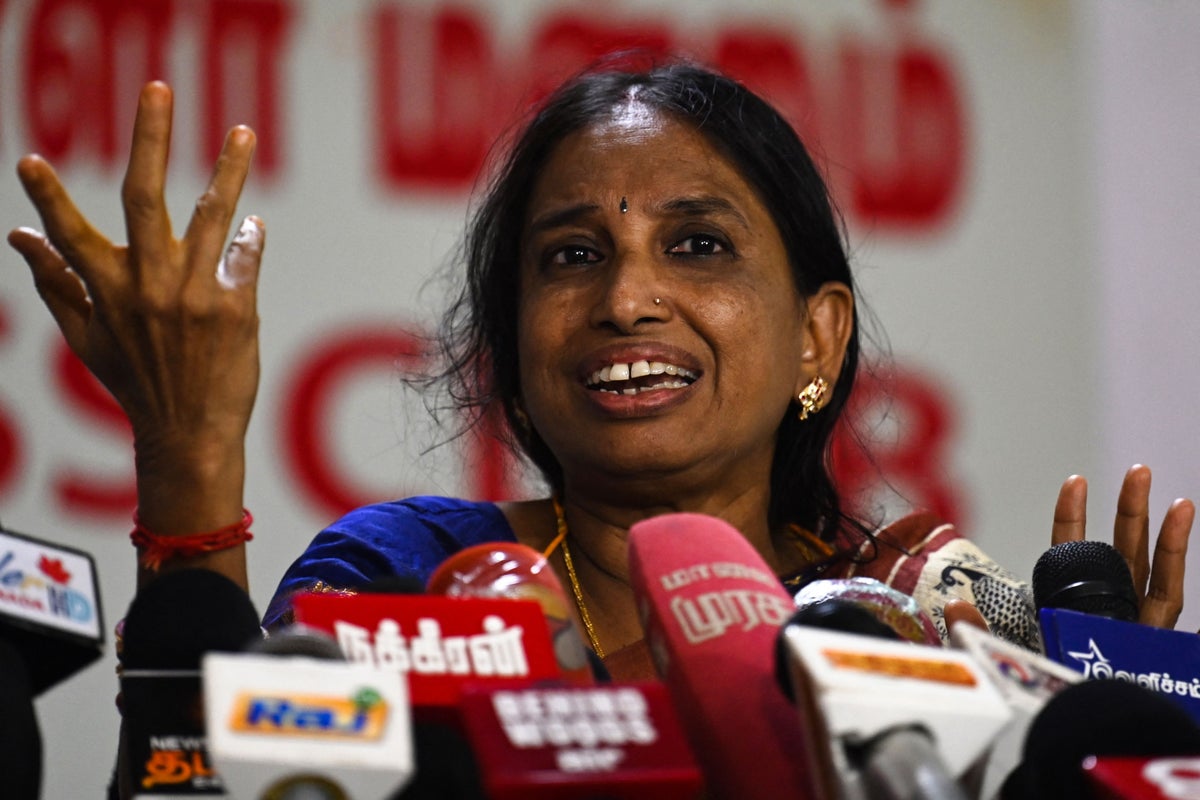 The early release of all convicts in the assassination trial of former Indian Prime Minister Rajiv Gandhi has sparked a debate over how to deal with those imprisoned for serious crimes and whether their sentences can be waived to uphold values ​​of rehabilitation and human rights .

A bench of judges BR Gavai and BV Nagarathna said, “We indicate that all defendants are deemed to have served their sentences. The applicants are thus requested to be released, unless required in any other case.”

The court took note of its previous May order in which a chamber of Justices L Nageswara Rao and BR Gavai invoked special powers under Article 142 of the Indian Constitution to release AG Perarivalan, another convict serving a life sentence in the case.

The court said Perarivalan’s order also applies to the six other convicts. It also noted that the Tamil Nadu state government led by the political party Dravida Munnetra Kazhagam (DMK) had recommended the release of the convicts, but the state governor had not acted upon it. Live Law.

The court said that in the Perarivalan case, it was held that the governor was bound by the advice of the state government in remission of an applicant convicted under Section 302 of the Indian Penal Code.

The court also noted that the conduct of all six convicts in prison had remained “satisfactory”.

On Thursday, the federal government filed a review request with the Supreme Court, saying the order “contains obvious errors” and “contradicts the principles of natural justice.”

The plea stated that the convicts who approached the court seeking remission had not made the Union of India a defendant “despite being a necessary and proper party to the” issue.

The former Prime Minister was assassinated by a suicide bomber on 21 May 1991 during a poll in Sriperumbudur in Tamil Nadu ahead of the country’s general election.

He was targeted by a team of Sri Lankan militants from the Liberation Tigers of Tamil Eelam, a rebel group fighting for a separate Tamil state in Sri Lanka. The rebels were defeated by Sri Lankan forces in 2009.

Gandhi’s assassination was believed to have been in retaliation for his controversial decision to send Indian troops to the island nation as a supposed peacekeeping force in the late 1980s.

The six convicts released last week along with Perarivalan were among 26 people found guilty of playing minor roles in the plot to assassinate Gandhi. All 25 were sentenced to death by an anti-terrorism court in 1998.

The Supreme Court later acquitted 19 convicts but upheld the death penalty for four of them, including Perarivalan, Sriharan, Santhan and Nalini. Three others were sentenced to life in prison. In 2000, the Tamil Nadu government commuted Nalini’s sentence to life imprisonment.

Subsequently, in 2014, the Supreme Court also commuted the death sentences of Perarivalan, Sriharan and Santhan to life imprisonment.

Following Perarivalan’s release order in May, Nalini and Ravichandran entered the Supreme Court after the Madras High Court rejected their petitions.

When the convicts walked out of prison on Saturday after three decades, the Congress party (to which Gandhi belonged) lashed out. Jairam Ramesh, the party’s communications officer, called the decision “unacceptable” and “completely unsustainable”.

The party said it disagreed with the Gandhi family, who had spoken in favor of pardoning the convicts.

Party spokesman Abhishek Manu Singhvi said, “Sonia Gandhi (wife of Rajiv Gandhi) is above all entitled to her personal opinion. But with all due respect, the party disagrees and has made our position clear.”

“We stand by that view because we believe the sovereignty, integrity and identity of the nation are involved in the assassination of a sitting or former prime minister. That may be why the central government has never agreed with the state government’s view in this regard either.”

The release of the convicts was also condemned by several political commentators as a “mockery” of justice.

Neena Gopal, author of ‘The assassination of Rajiv Gandhi’ and the last journalist who interviewed him before his murder says it made her feel “uncomfortable”.

“I have a great sense of unease about how death sentences are commuted to life and prisoners who receive such sentences are released. All seven contributed in one way or another and were complicit in the assassination of Rajiv Gandhi,” she said. TBEN.

She adds: “This is a matter that affects national security.”

“The team of assassins – both Sri Lankan and Indian – that LTTE leader Prabhakaran, a foreigner, has assembled continues to pose a threat to our nation given the sympathy they continue to enjoy in Tamil Nadu.

“Their intention was to change and interfere in a purely internal matter – a national election – to change the course of history, to leave a great political party without a head, the country without a leader. One by one, the conspirators were tracked down and arrested by the SIT [Special Investigation Team] after a thorough investigation. Now that means nothing,” she says.

Legal commentators say the convicts have been released in accordance with the laws of India.

Anup Surendranath, a law professor at National Law University (NLU), says: “Except in limited circumstances, the law in India entitles persons sentenced to life imprisonment to earn remission in prison and serve their sentence periodic review after a minimum of 14 years in prison.”

“There is no right to be released after 14 years, but you can have the government periodically review your sentence after that. Irrevocable life imprisonment until the end of natural life is a cruel and unconscionable punishment and we should not go down that road.

“In this case, the government has reviewed their life sentences and recommended their release after nearly three decades of imprisonment.”

It has opened a wider conversation about the criminal justice system.

Their release comes just months after 11 men convicted of gang raping a pregnant woman Bilkis Bano during the 2002 Gujarat riots were allowed to walk free by the Supreme Court in August, sparking widespread outrage.

Last week, the Supreme Court also released three men convicted of the brutal gang rape and murder of a 19-year-old woman in Delhi in 2012.

“Their release sparks a wider debate about, first, the delays in the justice system and second, whether life imprisonment or the death penalty should be remitted in cases of serious crimes, especially in light of the release of the Bilkis Bano convicts recently,” says political analyst Sandeep Shastri.

“What is needed now is a bigger debate about how to deal with a human complicity in a crime.”