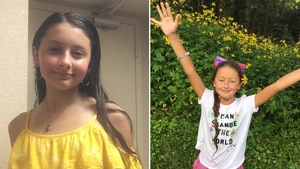 Madalina Cojocari was seen walking out of a school bus on Nov. 21. Her mother, Diana Cojocari, last saw her at their home with Cornelius on November 23, but her mother did not report her missing until December 15 – 22 days later.

In January, Diana Cojocari and Christopher Palmiter were each indicted by a grand jury on charges of failing to report a child’s disappearance to police.

The law came about after the Casey Anthony case, whose two-year-old daughter, Caylee, was murdered in Florida in 2008. The law makes it a crime when a parent or guardian “knowingly or willfully fails to report the disappearance of a child to the police”.

The search for Madalina expanded into western North Carolina on Jan. 6. Law enforcement sources told Channel 9 that they had come into contact with Madalina’s mother, Diana Cojocari, in a rural part of Madison County. A sheriff’s deputy got in touch with Cojocari at a pick-up point on US Highway 25 near Lonesome Mountain Road, sources said.

Days later, new unsealed search warrants shed more light on what investigators are looking for on the case.

Later, on December 21, Channel 9 was at home when police seized more items.

Information about what was taken from the home on both dates was redacted from the warrants, but it appears investigators took nearly 40 pieces of evidence.

The Cornelius Police Department, SBI, and FBI continue to search for Madalina. Those departments have put up flyers and billboards of Madalina since she went missing.

(WATCH BELOW: Search warrants reveal what investigators are looking for in the Madalina Cojocari case)