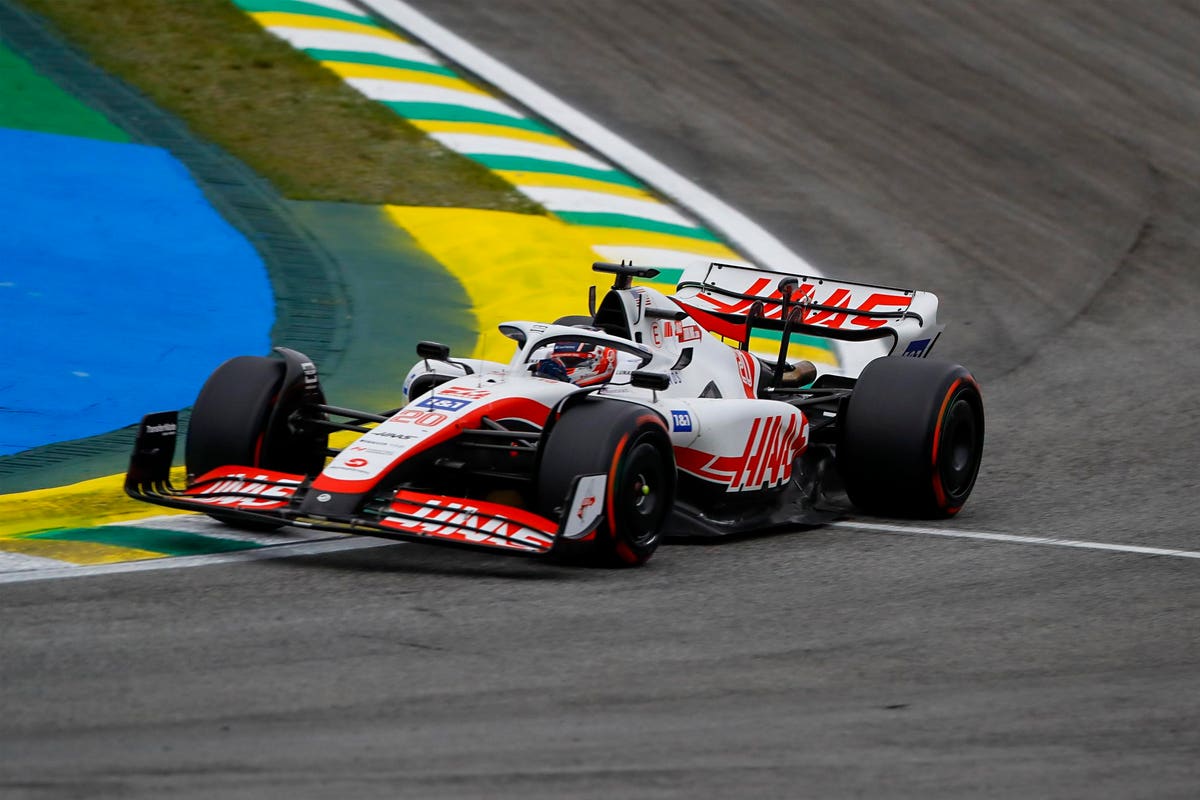 The Brazilian Grand Prix is ​​the penultimate race of the 2022 Formula 1 season, a race in which both the Drivers and Constructors’ Championships have already been decided. It is also the last race weekend with the somewhat controversial sprint format. Qualifying takes place here on Friday after FP1 and on Saturday (after a second practice session) a sprint race of about a third race distance, which ultimately determines the starting grid for Sunday. It effectively adds a second race – a second light-off moment, that is the moment in F1 races – instead of a third (yawn emoji) practice session.

I say controversial because there are many critics of this experimental format, not least two-time world champion Max Verstappen.

“You don’t do a pit stop, so you just put on the tire that lasts the whole distance. You don’t really see much overtaking unless there is a car out of position. So then it’s not so much fun for me,” Verstappen told ESPN.

Others think the drivers are not taking any chances in the sprint because the small number of points is not worth risking a bad starting position for Sunday. And then you have the traditional F1 fans, who reject any adjustment to the way things have always been. They were loudest about the halo when it was introduced, and it has saved several lives since. As a fan of the sport, I think the sprint format adds more excitement to a weekend in general. And over the past two seasons, Brazil has proved all critics wrong.

In 2021 we saw champion candidate Lewis Hamilton incur an engine penalty, which forced him to start the sprint race from P20. He stormed through the field and finished in P10 in a prelude to what was to come on Sunday. I texted a friend that night and said Hamilton was about to give a clinic. That’s exactly what he did, pass everyone from P10 to P1 and save his championship hopes. Of course, a lot of that achievement came from having a brand new Mercedes power unit. The press often does not recognize how much performance improvement that is, for example Verstappen in Belgium this year. Anyway, the sprint format gave us one of the best Formula 1 performances I’ve ever seen. And this weekend it’s that time again.

Friday’s qualifying gave us a lot to talk about. It started wet with all drivers on intermediate tires (inters) when Q1 started. It quickly changed to slicks as the track dried up for the most part, although the threat of rain loomed. We reached Q3 in dry conditions, but the rain would most likely come during this final session, as there was already some hail in the pit lane. The best strategy, it seemed, was to do a quick lap on slicks before the track got too wet. That first lap time on slicks would be one lot faster than one on inter. It was possible you wouldn’t get that dry lap meaning you would go with everyone else for inters and do a few laps in the rain. This scenario gave an advantage to the teams closest to the end of the pit lane – teams like Haas – because you could be first in line and wait for the session to start.

First in that row was Kevin Magnussen, followed by the Red Bulls and Ferraris. But one of these cars was not like the others. The Ferrari team decided to “split strategies” by sending Sainz on slicks and Leclerc on inters. He asked his engineer if he was the only car on inters. Yes, Karl. Only you. It was a mind-boggling call from a team that can’t afford this kind of blunder. Indeed, it wasn’t even a risk. Because if the track turned out to be too wet for slicks, there was plenty of time to get in for inters and set a competitive time. There was no advantage to be gained when it started to rain. Leclerc would have been the first to set a time on inters… but certainly not the last. And from then on it only got worse as he still decided to do a flying lap at intervals on a dry track, holding up Perez and ruining his lap. Leclerc would eventually set no time and finished in P10.

As the rain picked up slightly, the drivers were desperate for the fastest time possible before having to switch to inters, which would really be pointless. Russell closed turn one and went into the gravel to get to the beach alone. This red marked the session. As the rain had just about arrived, there was no chance of putting in a faster lap on the inters than what had already been put on slicks. The whole F1 universe watched as the clock ticked on Q3 with Kevin “KMag” Magnussen at the top of the timesheets. This was indeed one of the best moments of the 2022 F1 season, as KMag and Haas took their first pole and the team celebrated as if they had just won the championship. The collective sentiment on F1 Twitter: This is what F1’s sport is all about.

With Magnussen at the start of the sprint race from pole position (had to lead), the Danish driver had Verstappen next to him with Russell and Norris on the second row. Everyone started on the soft tyre, except Verstappen and Latifi who started on the medium. KMag had a great start and led the race for the first lap or so. But he wasn’t really racing Red Bull, Mercedes or Ferrari. So Verstappen, Russell and Sainz passed within the first few laps and it became a race between the top three teams. This is really what we’ve been waiting for all season. It was caught up. There was wheel-to-wheel action. Many risks were taken and there was a lot of contact. The sprint in Brazil was one of the best races we’ve seen all year. Point. It was in stark contrast to the worst (most boring) race of the season in Mexico a few weeks ago.

Verstappen clearly had a hard time on the medium tires; he suffered from understeer during practice sessions, so it wasn’t necessarily the tires. Russell stayed within DRS for the first handful of laps and eventually took the lead on the back straight. He quickly distanced himself and led the rest of the race to secure his first F1 win. Sainz and Hamilton also passed Verstappen and relegated him to P4, although Sainz will receive an engine penalty. This puts both Mercedes in the front row for tomorrow. Magnussen finished P8 and earned the last available point in the sprint.

The race saw teammates from Aston Martin and Alpine struggle, and it wasn’t pretty. Alonso and Ocon converged, causing damage to both cars. Alonso eventually lost part of his front wing, causing debris to spill onto the pits, and Ocon’s car caught fire in the pit lane after the race. Vettel had a better pace and tried to overtake Stroll on the back straight but was forced off the track into the grass. Stroll was handed a 10-second penalty for this reckless and amateurish move. The fact that both Stroll and Alonso found themselves in situations like this in Austin and Brazil doesn’t look good for the future teammates. Maybe they deserve each other. But if this continues, the stewards may have to impose harsher penalties.

The Mercedes team has the potential to take its first win of the season. This could also be Russell’s first official win in F1. As long as they don’t screw it up. Because Verstappen will be ready to strike when the silver arrows fight each other instead of working as a team. The team is undoubtedly plotting a strategy to not only take the win, but also finish one-two and overtake Ferrari in the constructors’ standings. There is a lot to play for tomorrow, both on track and back at the Mercedes factory. Hamilton has said the same.

The ideal strategy in my opinion is for Hamilton to support Russell in taking the win (assuming he has the pace) and hold back the Red Bulls and Ferraris. Russell starts from pole and has the advantage in turn one. The moment Hamilton and Russell fight each other, it becomes an opportunity for their rivals. If they agree in advance that this is Russell’s race to lose, it doesn’t just give them the best shot at a one-two win. But it sets Hamilton up for 2023, where he’s trying to win an eighth world title and Russell (realistically) just wants to win races. Russell will owe him something.

Wines from around the world to celebrate the holidays