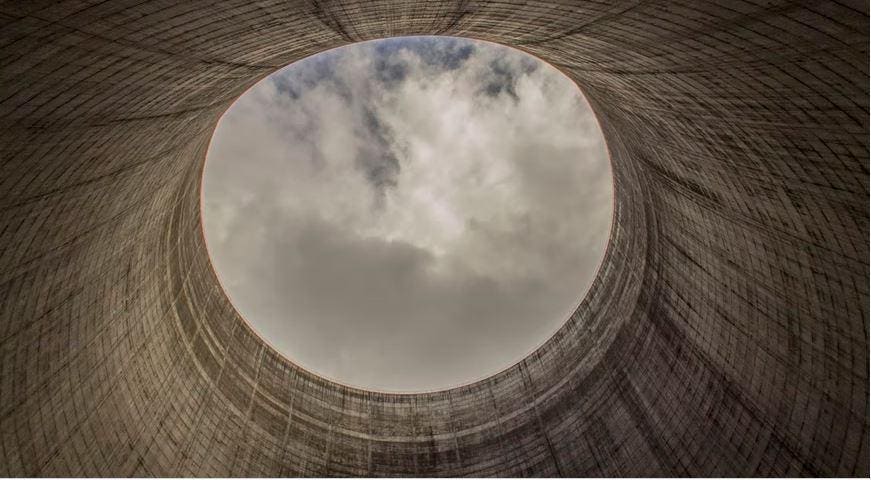 There is a reasonable chance that the US will become CO2 negative in the foreseeable future. This prospect holds up despite the political dilution of President Biden’s major climate initiative; and despite the recent Supreme Court ruling, it hinders the Environmental Protection Agency’s ability to regulate industrial greenhouse gas emissions.

It is conceivable that within ten years, a single company will be able to remove more carbon dioxide from the atmosphere per year than the US emits during an entire year.

In this post I describe one such company. The company is Noya, which just turned two. Noya is headquartered in San Francisco, on the north side of Silicon Valley. The company was founded by entrepreneurs Daniel Cavero and Josh Santos.

Noya’s business is carbon dioxide removal (CDR) using direct air capture (DAC). The IPCC has made it clear that CDR must be part of the solution to achieve the long-term goals of net zero CO2 emissions by 2050.

The founders of Noya have come up with an incredibly smart and innovative approach to CDR using DAC. What makes Noya’s approach so important is that it overcomes important obstacles associated with CDR using DAC. These obstacles are the combination of high initial capital requirements and long installation times.

To understand the nature of the obstacles, consider the following: Roughly speaking, humans currently emit about 40 gigatons (Gt) of CO2 into the atmosphere each year. (One Gt is 1 billion metric ton, and a metric ton is 10% larger than a standard ton.) Emitting CO2 is easy, but the reverse is difficult to do profitably and at scale. It’s difficult because CO2 in the atmosphere has a very low concentration, about 415 parts per million. This low concentration poses a challenge.

To imagine the challenge, consider the following: You would need to filter 1.1 Houston Astrodomes air, which is equivalent to 1.3 million cubic meters of air, to extract a single metric ton of CO2 with 100% effective technology.

ALSO READ  Thanks to the bear market, these 53 stocks have 14% + dividend

Rather than starting from scratch, Noya’s clever way of tackling the challenge is to adapt existing infrastructure to capture carbon dioxide. The infrastructure consists of cooling towers, the units on top of buildings that transport heat from air conditioning and related systems to the atmosphere. What Noya does is convert cooling towers with its own equipment, equipment that removes carbon dioxide from the atmosphere.

Cooling towers are ideal vehicles for CDR because they move large volumes of air and are already installed and in operation. Noya has developed a technology to exploit this property to remove CO2 from the atmosphere.

Noya captures CO2 from the air moving through these cooling towers, works with partners to sustainably capture it underground, and sells the resulting carbon removal credits.

There are approximately 2 million cooling towers in the US Noya estimates there is a potential for his technology to remove more than 10 Gt of CO2 per year. This is more than the 6.5 Gt of current annual CO2 emissions in the US.

At the same time, it must be said that having a successful CDR technology in no way means we can be more arrogant about burning fossil fuels. As the Foundation for Climate Restoration tells us: Having an atmospheric carbon concentration of 415 is way too high, and we need to think about bringing it back to its historical range, which has been below 300 for the past 850,000 years.

Fortunately, many CDR initiatives are underway, many of which have been documented by the OpenAir Collective. Some are DAC and others are organic. There are reasons to be optimistic that some will prove to be effective and safe.

As in my other blog posts, I try not to make predictions about what will happen in the future. Instead, I prefer to use the language of probability. That means, for example, that I do not predict that Noya will remove more CO2 from the atmosphere than the US emits within ten years. Instead, I describe future prospects that seem much more likely to me than most people currently think.

Readers of my previous posts will be aware of similar statements I have made about biased past probability estimates. Those estimates covered inflation, stock market prices, pandemic deaths, cryptocurrency fragility and the global failure to comply with the Paris climate accord.

My point is that we need to think about Noya and all these issues through a risk lens. In its first two years, Noya has made impressive technological progress. However, it still works on a small scale. Noya is at risk as it scales from small volumes to large volumes.

What happens to the CO2 that Noya removes from the atmosphere? That CO2 needs to be captured rather than released back into the atmosphere. Otherwise, what’s the point of removing atmospheric CO2? Noya’s plan is to partner with other companies to use the CO2 in long-life products or to store the captured CO2 underground in geological reservoirs. The companies currently developing these technologies are often startups themselves, which poses a similar risk.

Risk is unavoidable and the challenge is to estimate it correctly and manage it effectively.

Risk is a big part of how Silicon Valley works. Before starting Noya, both founders worked for companies in Silicon Valley. Cavero worked for an AI robotics startup called Nod Labs, and Santos worked on developing EV powertrains for Harley-Davidson and on the Model 3 at Tesla therefor.

I teach at the Leavey School of Business at Santa Clara University, in the heart of Silicon Valley. I taught there long enough to remember my former students working at iconic Silicon Valley companies back when these companies were startups. Despite the presence of risk, I remember the sense of excitement students communicated during the early days of AppleCisco Systemsand Google about the potential these companies had to revolutionize computers, the Internet and digital search.

My current students, who have done projects with Noya, communicate the same sense of excitement. There is a risk to accept, and also to embrace.