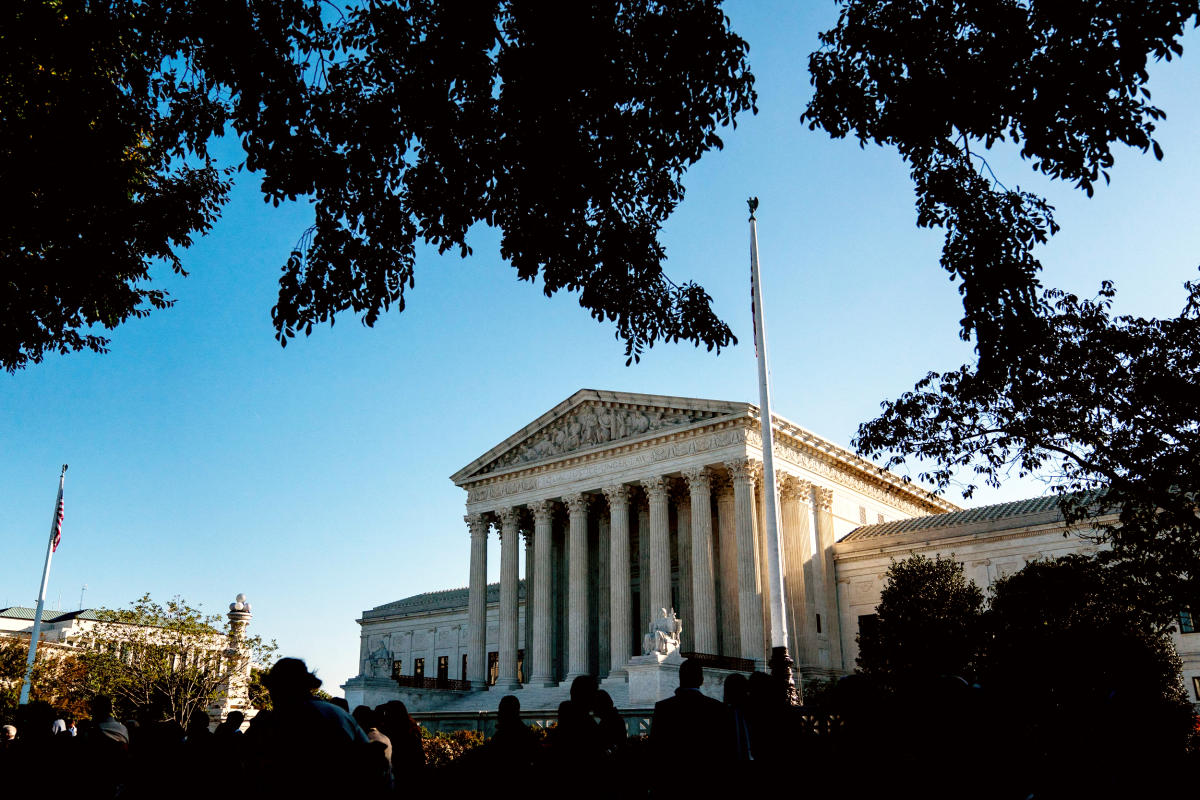 WASHINGTON — The Supreme Court announced on Thursday that after a lengthy investigation, it has been unable to conclusively identify the person who leaked an unpublished draft of an opinion that shows the court is about to reverse abortion rights. to twist.

In an unsigned statement, the court said all leads have been acted upon and forensic analysis has been performed, but “the team has so far failed to identify a person responsible through a preponderance of evidence.”

The accompanying report suggested the court was not watertight, with some employees admitting to talking to spouses about the draft opinion and how the judges voted. Supreme Court Marshal Gail Curley’s investigation was largely limited to the courthouse itself and the people who work there, meaning any actions taken by people at home or elsewhere using personal devices were usually not within its scope.

The report also indicated that the judges were not examined as part of the investigation, focusing on permanent employees and the clerks who work for each judge for a year.

Curley said 97 court officials were interviewed and all denied being the leaker. She said it was unlikely that the court’s information technology systems had been compromised.

“No one confessed to disclosing the document and none of the available forensic and other evidence provided a basis for identifying any person as the source of the document,” Curley wrote.

“If a court official made the draft opinion public, that person was brutally violating a system fundamentally built on trust with limited safeguards to regulate and limit access to highly sensitive information,” she added.

The court also consulted Michael Chertoff, who served as Secretary of Homeland Security during the administration of President George W. Bush. Chertoff wrote in a separate statement that he recommended several measures the court could take to improve security, including restrictions on the distribution of paper copies of sensitive documents.

Chertoff said he reviewed the research and concluded it was thoroughly conducted.

“At this time, I cannot identify any additional useful investigative measures,” he added.

Rep. Jim Jordan, R-Ohio, the chairman of the Judiciary Committee, has previously said he plans to investigate the Supreme Court’s abortion draft leak. A source familiar with his plans confirmed to NBC News on Thursday that it is still his intention.

Washington was rocked in May when Politico released a draft opinion prepared by Judge Samuel Alito that said the court, which has a conservative majority of 6 to 3, was about to pass Roe v. Wade, the landmark ruling on abortion rights, to undo.

Traditionally, the court’s internal operations have been shrouded in secrecy, and it is highly unusual for signs of internal deliberations to be leaked before a ruling is made. A day later, Chief Justice John Roberts confirmed the draft was genuine and said he was announcing an investigation into the leak.

Thursday’s report said that 82 employees, not counting judges, had access to either a paper version or an electronic version of the draft opinion. Several people admitted in interviews that “they did not treat the information related to the draft opinion in accordance with the court’s confidentiality policy,” the report said.

Employees were asked to sign an affidavit confirming that they had not leaked the opinion. They would face criminal charges if they lied to investigators.

But Curley seemed to admit there were limitations to the information researchers could glean from the interviews.

“Very few of those interviewed were willing to speculate on how the disclosure could have happened or who might have been involved,” she said.

Regarding online speculation about who the leaker might be, including references to specific clerks, Curley said that “the investigators have found nothing to substantiate the social media allegations related to the disclosure.”

University of Notre Dame Law School professor Richard Garnett, former clerk of the late Conservative Chief Justice William Rehnquist, expressed disappointment that the leaker was not identified due to the impact it could have both inside and outside the court.

“I fear that the failure to identify the leaker will not only contribute to various partisan speculations, but also to a reduction in collegiality between the judges and court staff,” he said in an email.

Republican lawmakers and conservative activists, some of whom had claimed without evidence that the leak came from a liberal court aide trying to pressure the judges to stop overthrowing Roe, disapproved of the failure to identify the perpetrator.

“The leaker must be brought to justice!” Republican Senator Ted Cruz tweeted.

The inconclusive findings also led some liberals to double down on speculation that the leak likely came from the conservative wing of the court due to concerns that the majority was not incarcerated before the official ruling.

“I still think the best bet is that a Conservative judge or clerk leaked the draft opinion to prevent anyone in the Conservative majority from changing their provisional vote.” tweeted Jessica Levinson, a professor at Loyola Law School in Los Angeles.

Politico’s report sparked protests for abortion rights, prompting the court to put up a security fence around the building. In the following months, there were protests at some judges’ homes, and a man was charged with attempted murder after being arrested near the home of conservative judge Brett Kavanaugh while in possession of a gun.

In June, the court did indeed overturn Roe by a vote of 5 to 4, but there was no official update on the status of the leak investigation until Thursday.

The leak, in addition to backlash on the abortion ruling, has led to increased scrutiny of the court’s inner workings. Liberal judges have suggested the court risks undermining its legitimacy by abruptly unraveling decades of precedent.