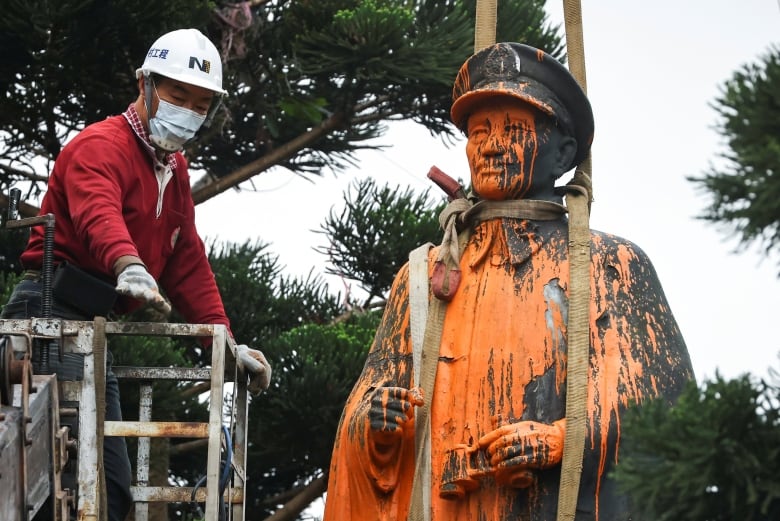 Relations between the US and China are tense enough to raise concerns about a military confrontation following the visit of US House Speaker Nancy Pelosi to Taiwan.

Pelosi received a strong reception in Taipei on Tuesday and received strong bipartisan support in Washington, despite the Biden administration’s misgivings. But her trip has infuriated Beijing and Chinese nationalists — and will complicate already tense ties even after her departure.

China is already preparing new displays of power in the Taiwan Strait to make it clear that its claims to the island, which it sees as a renegade province, are non-negotiable. And as the US continues to demonstrate support for Taiwan, escalating tensions have increased the risk of military clashes, intentional or unintentional.

Tensions date back to the Chinese Revolution

China insists that Taiwan is part of its country. But Taiwan is self-governing and its leaders reject Beijing’s claim to sovereignty, meaning political control over the island is contested.

Taiwan has been an ally of the US since 1950, when the US was at war with China in Korea. Mao Zedong’s communists had just seized power in Beijing in 1949 and defeated Chiang Kai-shek’s Kuomintang (KMT) nationalists in a civil war. The KMT-led former government of China withdrew to the island of Taiwan and cut contact with the mainland.

The Taiwan Strait — an arm of the Pacific Ocean that lies between China’s southeast coast and the island of Taiwan — became the scene of rising tensions in the 1950s, as China launched artillery strikes on some Taiwan-controlled islands. The US deployed a fleet to protect Taiwan in 1950, and the island fought with some US-supplied weapons in 1958.

In 1979, the US adopted its current “one China” policy and switched diplomatic recognition from Taipei to Beijing. It also passed the Taiwan Relations Act, which says the country’s diplomatic ties with China depend on peace in Taiwan.

This policy guides the US State Department’s current stance on Taiwan. “We oppose any unilateral change of the status quo from either side; we do not support Taiwan’s independence; and we expect disagreements across the American Strait to be resolved by peaceful means,” the State Department said. website.

Neither Canada nor the US recognize Taiwan as a sovereign state and neither country maintains official diplomatic relations with the island.

In recent decades, one Taiwanese leader has sought closer ties with China, while others have supported formal independence.

Former US President Donald Trump broke decades of diplomatic precedence and infuriated China with a series of steps, including speaking directly with the Taiwanese president and approving $1.4 billion US arms sales to the island.

Wary of China’s response, the Biden administration discouraged, but did not prevent, Pelosi’s recent visit to Taiwan. The government has gone to great lengths to emphasize to Beijing that the Speaker of the House is not a member of the executive and that her visit does not mean a change in one China policy.

That was little consolation to Beijing. Pelosi, second in line to the US presidency, was no ordinary visitor and was greeted almost like a head of state.

Taiwan’s skyline lit up with a welcome message and she met the island’s biggest names, including the president, senior lawmakers and prominent human rights activists.

“What Pelosi has done is certainly not a defense and maintenance of democracy, but a provocation and violation of China’s sovereignty and territorial integrity,” Foreign Ministry spokesman Hua Chunying said after her departure.

US House Speaker Nancy Pelosi became the first senior US official to visit Taiwan in 25 years. The trip sparked a fiery response from China, including live live military exercises around Taiwan.

The timing of the visit may have increased tensions. It emerged at this year’s Chinese Communist Party Congress, where President Xi Jinping will seek to further bolster his power by using a hardline on Taiwan to fend off domestic criticism of COVID-19, the economy and other issues. weak.

Yet the status quo – long identified as “strategic ambiguity” for the US and quiet but determined Chinese opposition to any fabrication of Taiwanese independence – seems untenable for either side.

“It is becoming increasingly difficult to agree on Taiwan for both Beijing and Washington,” said Jean-Pierre Cabestan, professor emeritus at Hong Kong Baptist University.

Steps are underway in Taipei and the US Congress to clarify the ambiguity that has defined US relations with Taiwan since the 1970s. The Senate Foreign Relations Committee will soon consider a bill that would strengthen relations, require the executive branch to do more to bring Taiwan into the international system, and take more determined steps to help the island defend itself.

China appears to be continuing with steps that could prove escalating, including live-fire military exercises scheduled for this week and a steady increase in fighter jet flights in and near Taiwan’s self-declared air defense zone.

“They are going to test the Taiwanese and the Americans,” said Cabestan, the Hong Kong professor. He said the actions of the US military in the area will be critical.