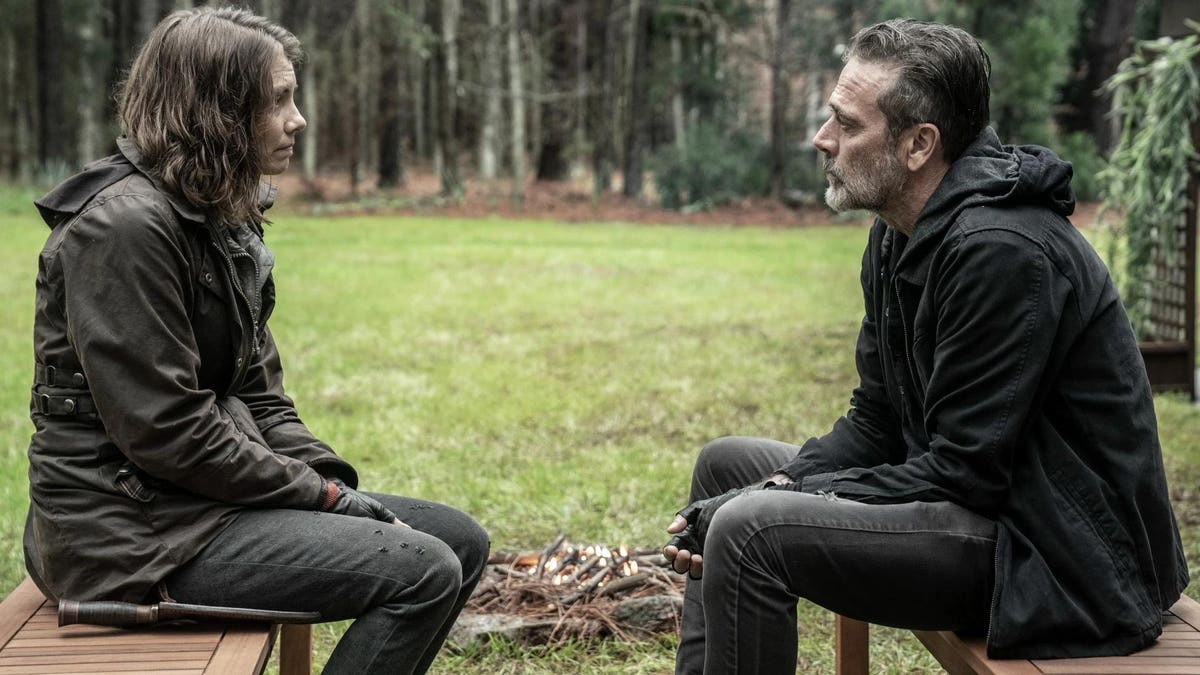 After 11 seasons and 12 years, The Walking Dead series finale ended with a montage featuring the phrase “the end is just the beginning”.

This is all part of AMC’s master plan to launch The Walking Dead Universe, a concept that’s already existed between four shows to date, the main of which, Fear the Walking Dead, entering its eighth season, the two-part Walking Dead: World Beyond and the anthology, Tales of the Walking Dead.

But the upcoming series of spin-offs, whose presence dominated the alleged series finale, made the main show’s ending feel so hollow, as it felt like we knew practically everything that could or couldn’t happen.

The final conflict was… pretty tame, in The Walking Dead grand scheme. Pamela gets arrested, a bunch of walkers get blown up in a CGI blast, and there’s a happy ending for everyone except Luke, Luke’s girlfriend whose name I can’t remember, and Rosita, whose slow death from a bite is probably the only real emotionally impactful moment of the finale.

But even that felt cheap, like Rosita had to be sacrificed because some important, but not at main character probably had to die in the finale, and characters like Carol, Daryl, Negan, and Maggie were all completely off the board. So they played spin the bottle between Rosita, Eugene, Aaron and Gabriel, and Rosita lost. Honestly, she drastically outlived her comic book life where she would end up on a Whisperer pike. Ezekiel avoided that same fate and ended up becoming governor of the Commonwealth, which I thought was a pretty solid ending for him.

All the rest? uh.

Rick and Michonne’s finale stinger, which featured new footage, felt very much like the antithesis of a series finale, as we know the series’ two main characters are returning for more.

The awkwardly reshot scenes with Daryl and Carol now that she’s not in his spin-off left him stranded on the back of a motorcycle, so we have no idea how exactly he’ll end up in France for his spin-off. I assume he won’t cycle there.

A conversation between Maggie and Negan about how she can’t forgive him was supposed to be impactful and emotional, but it was undermined by the knowledge that they’ll be sitting on the hip together for a new spin-off in Manhattan, where I think they save their kids or something. This wasn’t set up, but we know it’s coming, which made this interaction strange.

The Walking Dead literally does not end, it multiplies and uses almost all the main characters as barrels. It sheds some minor characters, but even those may still appear in cameos or in the anthology series or who knows, they’ll get their own spin-offs later on. For example, I expect a “Judith Grimes” series here someday.

Whenever I bring up The Walking Dead now, I get the same “wait, I thought that ended five years ago” response. But after 11 years, AMC is absolutely determined to squeeze in another decade, and the advanced knowledge of that plan really put a damper on the creative potential and execution of the finale. So no, there’s nothing to celebrate or mourn here, now it’s just waiting for The Walking Dead seasons 12-1, 12-2 and 12-3 as the series breaks.