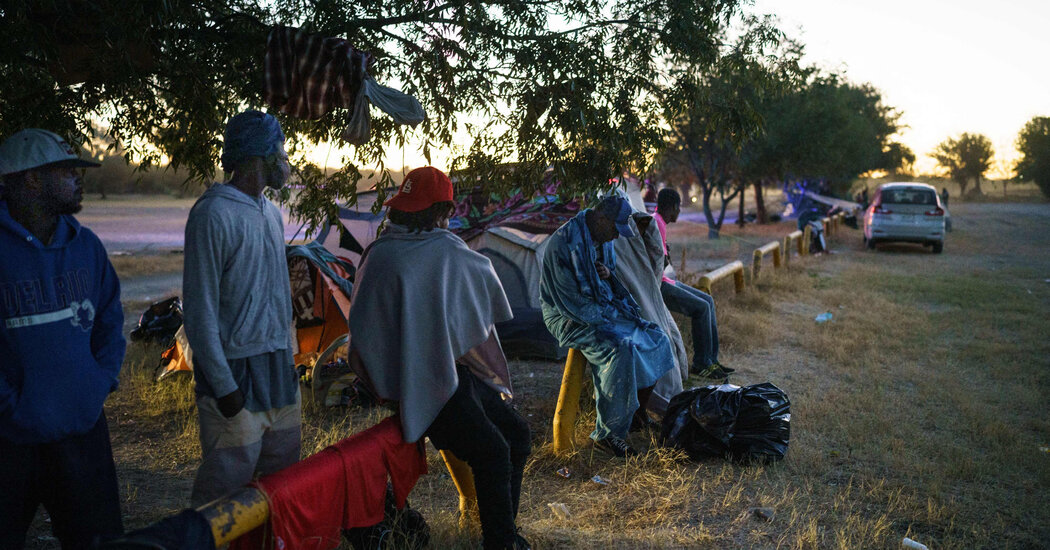 The Biden administration has deported more than 2,000 Haitians since last week, an almost equal mix of single adults and families, out of the more than 12,000 who have been apprehended in a small town in Texas by border officials, according to internal accounts.

3,900 other Haitians are detained by the government and will be deported or put in deportation proceedings, the Department of Homeland Security said in a statement Thursday evening.

Nearly 4,000 of the migrants have been released with instructions to report to immigration authorities, and thousands more are being questioned, according to an official familiar with the information who was not. authorized to discuss it publicly and spoke on condition of anonymity. Jen Psaki, the White House press secretary, told a press briefing on Thursday that authorities intend to swiftly deport all single Haitian adults and migrant families who have arrived since last week after having crossed the Rio Grande to get to Del Rio, TX.

The Department of Homeland Security said about two-thirds of Haitian migrants who had arrived were traveling in family groups. The ministry did not immediately respond to questions about the deportees.

The agency said that as of Thursday around 4,000 migrants were still waiting under a bridge in Del Rio, where at one point 15,000 migrants were crowded together in squalid conditions, raising fears of a potential humanitarian crisis.

The Biden administration’s response to the increase in the number of migrants drew condemnation from immigration and human rights advocates, as well as members of the president’s own party. The senior US envoy for Haiti policy resigned Thursday over what he called an “inhuman and counterproductive decision” by the administration to return Haitian migrants to a country that has been rocked this past. been through deadly natural disasters and political turmoil.

Images of border patrol officers on horseback repelling Haitian migrants crossing the Rio Grande have sparked outrage, including from President Biden and Vice President Kamala Harris. The officers in question are under investigation for possibly mistreating migrants, and the horse patrol in Del Rio has been temporarily suspended, the Department of Homeland Security said.

“Many of these vulnerable Haitian families braved ruthless terrain to reach our southern border and legally seek asylum,” said Krish O’Mara Vignarajah, president and CEO of the Lutheran Immigration and Refugee Service, a refugee resettlement agency. , in a press release. statement Thursday. “Sending them home or to third countries without an infrastructure to support them is as dangerous as it is unacceptable. To do it without even an interview or a court hearing is downright anti-American. “

Ms Psaki said the President is working to develop a “humane” immigration system, “but we also reiterated that our goal is to continue to implement what is the law, and what our laws are and that includes border restrictions “.