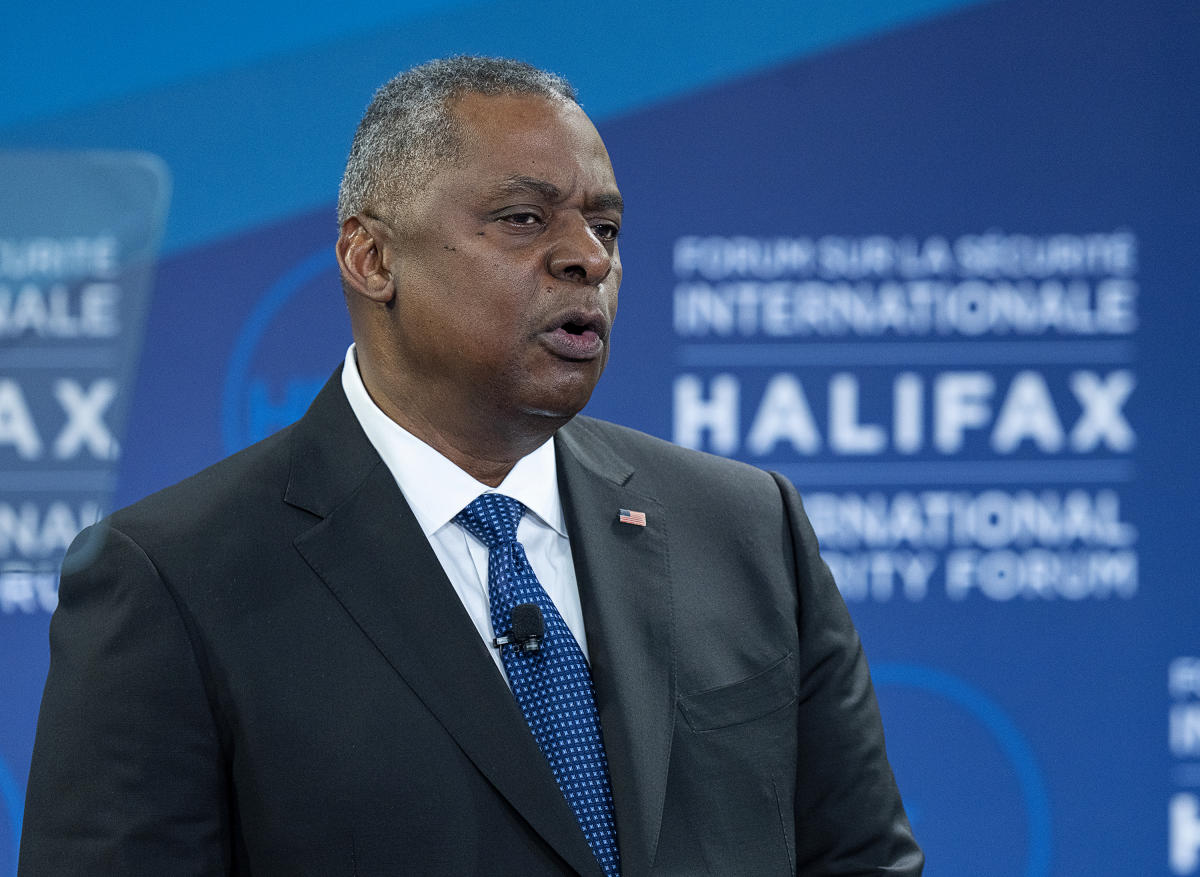 HALIFAX, Nova Scotia (TBEN) — U.S. Defense Secretary Lloyd Austin said Saturday that the deadly missile explosion in Poland this week is a result of Russian President Vladimir Putin’s “war of choice” against Ukraine, and said international stability and prosperity are at stake in the conflict.

Austin made the remarks at the annual Halifax International Security Forum, which attracts defense and security officials from Western democracies.

“The tragic and disturbing explosion in Poland this week reminded the whole world of the recklessness of Putin’s war of choice,” Austin said.

On Tuesday, two workers were killed when a projectile hit a grain drying plant near Poland’s border with Ukraine. While the source of the missile is being investigated, NATO officials have said they suspect it was fired by a Ukrainian missile battery.

Officials from Poland, NATO and the United States have blamed Russia for the deaths anyway, saying a Ukrainian missile would not have been fired if the country had not had to defend itself against heavy Russian attacks that day.

Russian officials have portrayed the conflict as one against NATO – although Ukraine is not a NATO member, even though it has received aid from NATO member states.

Austin said NATO is a defensive alliance and poses no threat to Russia.

“Make no mistake: we will not be drawn into Putin’s war of choice. But we will stand by Ukraine as it fights to defend itself. And we will defend every inch of NATO territory,” Austin said.

A Polish investigation to determine the source of the missile and the circumstances of the explosion was launched with US support and Ukrainian investigators joined the probe on Friday.

Andriy Yermak, head of the Office of the President of Ukraine, said in an interview broadcast live on the forum: “It is not correct to say that it is a Ukrainian or a Russian missile before the investigation is completed.”

Austin called Putin’s invasion the worst security crisis since the end of World War II, saying the outcome “will help set the course of global security in this young century,” Austin said.

“Stability and prosperity on both sides of the Atlantic are at stake. The US trade relationship with the European Union is the largest in the world. So when an aggressor causes a massive security crisis in Europe, it hits ordinary Americans and Canadians.”

Austin said the US has sent or expanded more than 20,000 additional US troops to Europe since late February, bringing the total to more than 100,000 US military personnel across Europe.

“Russia is not just waging a war of aggression. It also deliberately attacks civilian targets and civilian infrastructure – targets without any military purpose. Now, these are not just fakes. These are no exceptions to the rule. These are atrocities,” Austin said.

He added that the war “is showing the whole world the dangers of disorder. That is the security challenge we face. It is urgent and historic.

But we are facing it… the basic principles of democracy are under siege all over the world,” he said.

He rejected Putin’s claims that “modern Ukraine was created entirely by Russia”, calling it a vision of “a world where autocrats decide which countries are real and which countries can be eradicated”.

He compared it to China’s increasing military activity in the Taiwan Strait.

“Beijing, like Moscow, seeks a world where might makes law, where disputes are resolved by force, and where autocrats can extinguish the flame of freedom,” he said.

In its 14th year, about 300 people gather each year at the Halifax International Security Forum at the Westin hotel in Halifax, which now employs about 13 Ukrainian refugees.

The ballet world entered a new Cold War in 2022