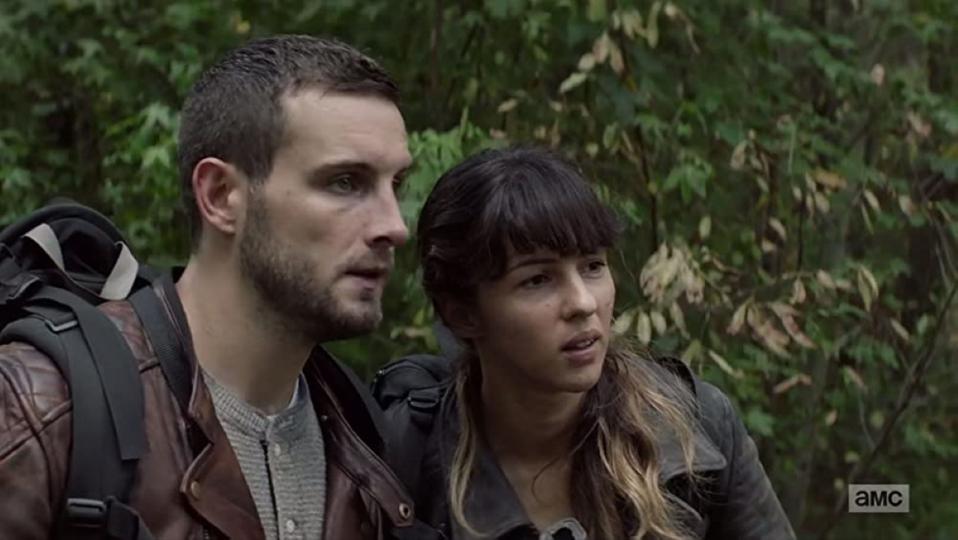 The Walking Dead: The World Beyond is insanely slow and boring for a brand new zombie spinoff from one of the most popular zombie TV shows ever made.

It is unreasonably slow. His characters are unreasonably dull. There is still hope that he could pick up his pace and give us something interesting – likely related to a missing Rick Grimes – but the first four episodes don’t offer much hope.

For most of “The Wrong End Of A Telescope,” our heroes – Felix, Huck, Iris, Hope, Elton and Silas – roam an old high school. The present is mixed with flashbacks and at least one clip of Iris imagining what school was to look like before the end of the world.

Iris and Hope have a heart to heart and harmonious things. There’s several other heart-to-heart, and a mental breakdown thanks to Silas almost hurting Elton when he tries to stop him from beating a zombie that has already been killed.

There’s also a wolf that provides some sort of interesting obstacle to overcome, or at least one that’s neither a human nor an undead foe. I would love to see more of this stuff – animals, natural obstacles and so on.

Mostly, I would like to see this show pick up the pace a bit and get to the interesting parts. Granted, it picks up speed towards the end when Silas panics and there is quite a bit of thrilling action. But the lulls in the action – all the bloody conversations – make it feel like a slow-mo zombie show, especially compared to how the two The walking dead and Fear has begun.

Also, what happens with Iris having never drunk soda from a can before? Wasn’t she eight or nine years old when the apocalypse began? Most kids this age have tried canned soda. A more appropriate phrase might have been “It’s been ages since I had soda in a can.”

We also have a little flashback with Hope and Iris’ dad as he prepares to help the CRM. So that was his choice rather than coercion, it seems, unless there was something we don’t know (like the CRM threatened to destroy the campus colony if they didn’t go. not, although they did it anyway).

It wasn’t a totally terrible episode. It has little pieces of cheese that annoy me and it’s too slow by half. And even though this is a smaller cast than the other two series, six main characters still seem like too many. But even still, there are redeeming qualities.

I really like Hope. He’s an interesting character who I hope (ahem) will be more and more central as the series develops. I love that Silas and Felix both have unsettling backstories, even though we may be getting into story territory too quickly. And I think the production value is quite good.

Good zombies, the cinematography is good, the music can be a bit melodramatic but it’s okay. The show looks good. It doesn’t feel cheap like The walking dead felt in seasons 7 and 8, or washed out like Fear the living dead was in Seasons 4 and 5. If they can just bring the story up to that level of quality, we’ll be on the right track.

The best part of the episode, of course, was the post-credits scene. If you missed this, you missed the really interesting moment. Similar to last week’s final scene between Kublek and Barca, this one is about CRM. This time around we see a scientist observing various test subjects. They are all zombies, and they are all marked TS (test subject) AXXX (the letter “A” followed by multiple numbers).

This is almost certainly a reference to the returning A’s and B’s The walking Dead History of Jadis. Once tried to be taken to a colony (the secret town of the CRM) and in order to do that she had to give them something – and A or a B. It seems we now know what that means. As’s have recently become zombies or recently bitten (?) People that the CRM can study. B’s are living subjects, though they also need to be studied or put to work in labor camps or what remains a mystery – a mystery this show could solve, at least in part.

And that’s the only good reason, dear readers, to keep watching The Walking Dead: The World Beyond. We’ll learn more about CRM and get clues as to Rick’s whereabouts and whereabouts. In general Walking Dead show that we are going to discover a completely distinct new community of well-armed high-tech villains. It remains to be seen how these two separate, distinct and massive groups will relate (rivals, perhaps?), But I can’t imagine that they are unaware of each other’s existence.

What did you think of this episode, dear readers? And my apologies for the late review. See my delay as part of the exam itself. I find it difficult to overcome them.

‘The Mandalorian’ Season 2, Episode 4 review: Baby Yoda goes to school in ‘The Siege’

I finally believe that ‘Cyberpunk 2077’ will no longer be delayed

Jacqueline Jossa turned to therapy during lockdown to work through marriage...

The Bharat Express News - November 23, 2020 0
Jacqueline Jossa has revealed she went to a therapist during the lockdown earlier this year, amid her marital woes with husband Dan Osborne.The actress...

The friendliest of all? These could be the best countries...

Jacqueline Jossa turned to therapy during lockdown to work through marriage...

The friendliest of all? These could be the best countries...