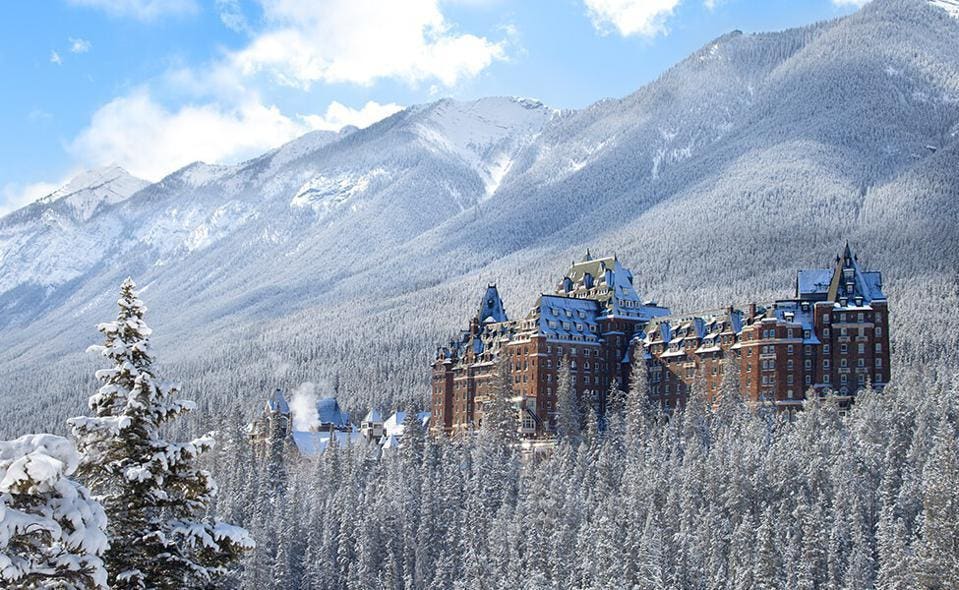 The 20 coolest luxury ski resorts in the world

Let skiers debate the best mountains and most thrilling runs, but leave the best ski lodges and hotels to the professionals. Luxury travel website Five Star Alliance recently announced the top 20 ski resorts in the world, including hotels in Banff, Courchevel and St. Moritz. In the United States, ski areas in Aspen, Park City and Lake Tahoe hit their peak this year.

Would You Pay $1 Million To Live On This Cruise Ship?

For anyone who has ever dreamed of living the high life on the high seas: your ship has (almost) arrived. Storylines, a private residential home shipbuilder, recently announced that it is the mv story, a 753-foot megaship for eco-conscious luxury travelers. The ship will have 547 residences (ranging from $1 million to $8 million), 20 restaurants and a 10,000-square-foot wellness center. The MV story will also convert its waste into energy to reduce its carbon footprint and will have a solar-powered hydroponic garden as well as a zero-waste farmers market.

Inside the Batman-Themed Restaurant in London

Want to dine like Batman or maybe drink a cocktail like Catwoman? Park Row in London has been conceptualized as The Dark Knight’s gastronomic home. Created in partnership with DC Comics, Park Row is set in a Grade II Soho complex that has been transformed into an immersive Gotham City experience worthy of Bruce Wayne. A secret library entrance and Batcave-worthy stairwell lead guests to Pennyworth’s (a chic resto bar that pays homage to Alfred, the Wayne family’s butler), the Iceberg Lounge (with a penguin-friendly circular bar), and Old Gotham City (a hidden speakeasy with small snacks).

“Anything that brings back good memories can’t all be bad.”

Having access to an airport lounge is an essential part of travel these days, but don’t rush into it once you get there. Both American Express (which operates Centurion Lounges around the world) and Delta Air Lines now limit guests to a three-hour stay in airport lounges. Delta Sky Club executive Claude Roussel said of the new time limit policy, “We’re not WeWork.”

Is 20 years too early to look back at Tesla’s history? Not according to the Petersen Automotive Museum in Los Angeles, which opens a Tesla retrospective on Nov. 20. “Inside Tesla: Supercharging the Electric Revolution” runs through October 2023 and celebrates the design and technological innovations of Elon Musk’s EV juggernaut – from the Roadster to the Cybertruck. You can probably tweet about it too.

Passport from ForbesLife chronicles the latest in luxury travel, drinking and dining, fashion and other life’s indulgences. Click here to sign up for the weekly newsletter.

REAL ID TBEN delayed again. Here’s what you can do while you wait

Where to see the Northern Lights in Sweden