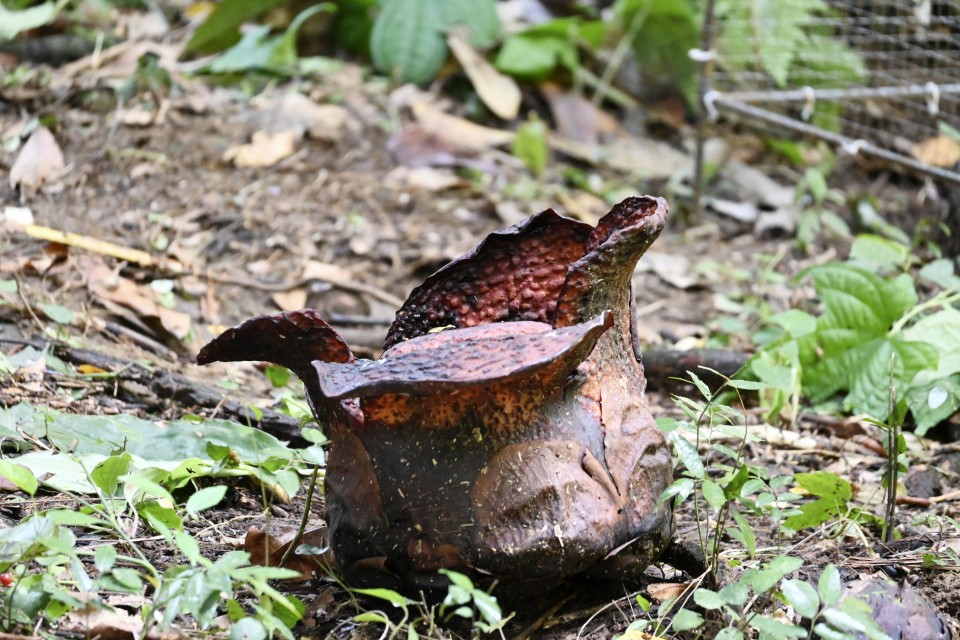 An endangered stinky lotus flower called Giant Padma, known as the largest flower in the world, is blooming for the first time outside its natural habitat in an Indonesian botanical garden after centuries of conservation efforts, according to the National Research and Innovation Agency.

The 60-centimeter-diameter flower bloomed Monday at the Bogor Botanical Gardens in the suburbs of Jakarta after efforts to preserve the species outside its natural habitat since its discovery in 1818. The flower’s diameter can reach up to 150 centimeters.

Photo shows a Giant Padma, known as the largest flower in the world, in bloom at Bogor Botanical Gardens in Jakarta on September 17, 2022. (TBEN)

The opening of one of several buds of Rafflesia arnoldii, the scientific name for the so-called corpse flower, known for its putrid stench when it blooms, capped 16 years of cultivation efforts by Sofi Mursidawati, a senior researcher at the facility.

The species was discovered in the forests of Bengkulu Province on the island of Sumatra by a guide led by British Professor Joseph Arnold who took part in an expedition led by statesman and adventurer Stamford Raffles. The name of the plant combines that of Raffles and Arnold.