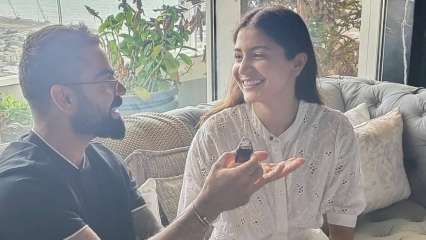 Former cricketer Sarandeep Singh recently revealed that Indian skipper Virat Kohli has an entirely different personality off the pitch, even though he can be just as aggressive. The former team selector said Kohli is a good listener and is very down to earth contrary to public opinion.

Speaking to Sportskeeda, Singh also revealed that Virat and his wife and actor-producer Anushka Sharma, do not have servants at their home in Mumbai. “At his house there are no servants. He and his wife will serve food to everyone. What else do you want? Virat is always sitting with you, chatting with you and going out to dinner with you. All the other players have done it. A lot of respect for him. He is very down-to-earth and willful, “he said during the interview.

The reveal surely surprised many, given that both are at their peak in their respective professions.

Singh, who competed in 3 tests and 5 ODIs for India as an off-spinner, adding Kohli’s personality, said he was on the pitch as he is because he is the team captain. and that it is he who manages the pressure. the field and make decisions in difficult situations.

Virat and Anushka recently became parents as they were lucky enough to have a baby girl, Vamika, last month. Kohli, who became a father for the first time, had left the Australian tour halfway through his parental leave to be with his wife for the birth of their first child.

The president of the BCCI, Sourav Ganguly, will he enter politics? This is what the former Indian skipper said