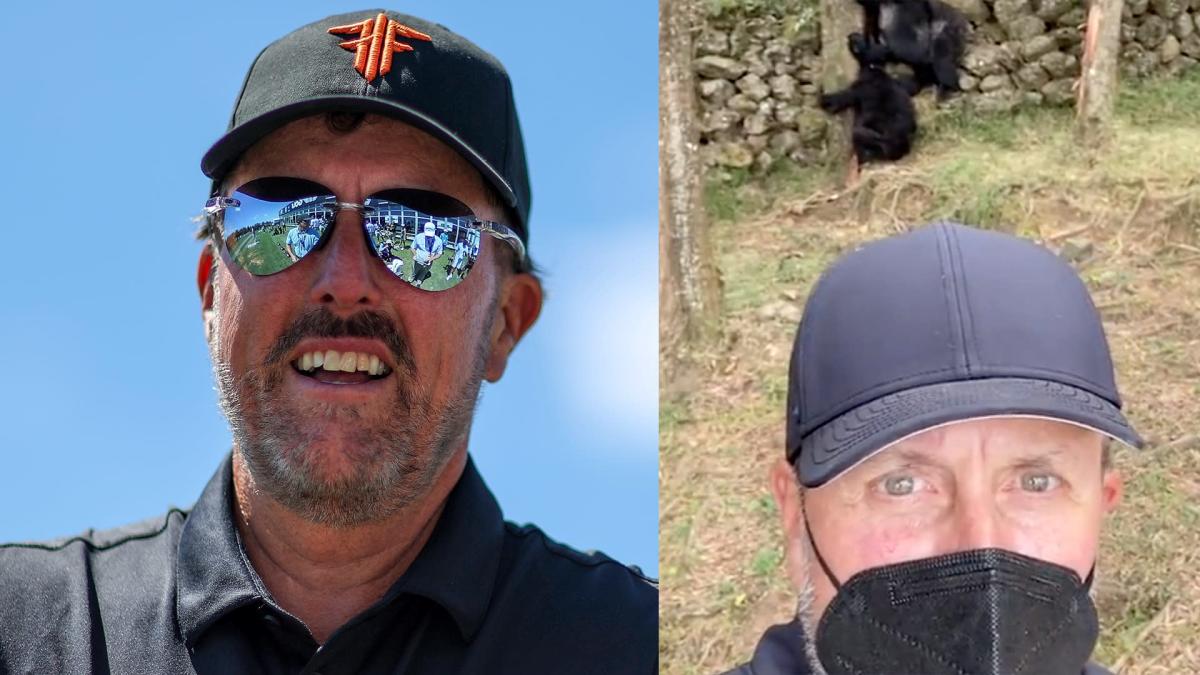 Phil, can you explain the gorilla video?

The question was posed to Phil Mickelson on Friday after the first round of the LIV Golf event at Trump National Golf Club in Bedminster, New Jersey. Mickelson’s bizarre cameo in a welcome video for new LIV commentator David Feherty went viral when the 52-year-old appeared masked in front of a group of gorillas.

Details were scarce at the time, however, prompting the reporter’s otherwise arbitrary investigation.

Mickelson went on to explain that eight months ago he and his wife, Amy, had booked a trip to Africa for Amy’s 50e birthday, which was in May. The itinerary included a few days in Rwanda and then Tanzania, and part of the first stop included some time in a reserve.

“It looked like it was a sanctuary, but one day in the month, the gorillas come out of a jungle,” Mickelson said. “There’s a wall there and they come out of the jungle and eat some of the eucalyptus trees for the salt and stem, and we were lucky to see them that day because we had a much better view of the whole family. Amy is all excited because a little baby gorilla came up to her and bumped into her. She seems to have that effect on all animals. They all come to her. But it was a very special journey for us.”

The story was too much for Henrik Stenson, who was also part of the press, not to get into it.

“Did the gorilla bring her a birthday present?” joked Stenson.

To which Mickelson replied, “They sang happy birthday to her.”