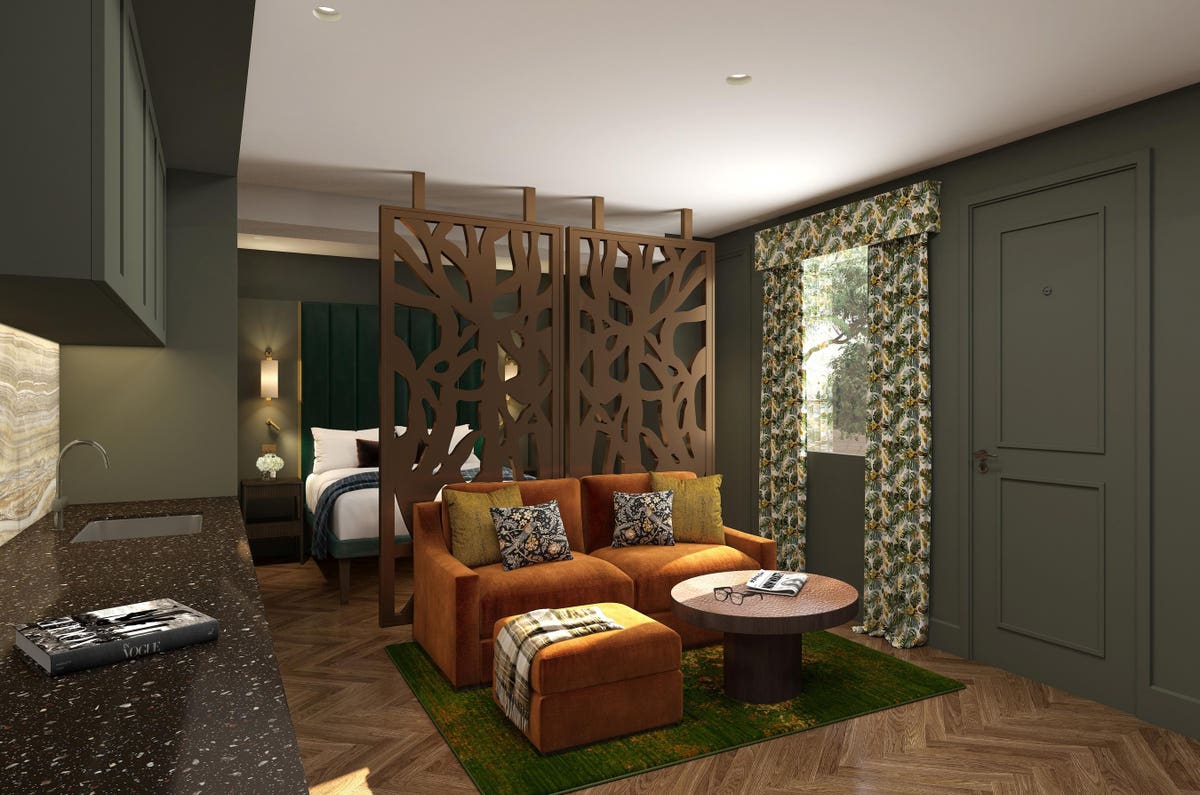 Founded by Marie Soliman and Albin Berglund, Bergman Design House has become one of the few companies to take stock during the pandemic, reassess and come out stronger than ever. After undergoing a major rebranding, the high-end interior and design firm has projects around the world, including leading the interior design of The Other House, a new concept from welcome created by Naomi Heaton in the heart of London.

Why did you decide to remodel your business? With the closures induced by the pandemic, Bergman Interiors has been forced to close its doors worldwide, including its headquarters in the UK and offices in India, Singapore and Spain. Add to this that many of the company’s lucrative projects have been suspended indefinitely.

However, we were determined to adapt our business strategy and turn this setback into an opportunity. It was around this time that we noticed that many high-end hotel owners, who had themselves been forced to close their properties, were taking advantage of this period by investing in renovations, refurbishments and even upgrades. complete refurbishments.

We decided to change our name and restructure under the name Bergman Design House. The company expands, creating three new branches. Now each company is focusing on its own niche within the design industry. This new structure also created jobs and opportunities during these difficult times, while maintaining the existing Bergman community of clients, architects and craftsmen.

“We wanted to target regions to which we had not yet been exposed,” explains Albin Berglund.

Zen Whispers got off to an impressive start with the design, together with one of Saudi Arabia’s biggest developers, of 16 high-end restaurants in Riyadh.

Following the success of the project in Saudi Arabia, we decided to focus on partnerships, opportunities that allowed us to work alongside very high net worth residential projects and developers. The result Bergman Luxury Listings is a joint venture with Luxury Listings, the well-known real estate agency with over two million subscribers.

“We presented and won two projects based in the United States, one in Chicago and the other in New York. We are excited about the early success of the collaboration and are convinced that this is only the beginning of a long and fruitful partnership ”, said Marie Soliman,

Are there other hotel owners or design companies who have given an example of how you wanted to adapt your business? Not specifically in design, but we watched a masterclass series on how a fashion designer, architect, writer, and interior designer each chose to embrace the pandemic rather than fight it. The course gave some vivid examples, showing how to not only survive but thrive.

And Soho House Group inspired us, how they launched Soho Home, creating a very successful hotel business and brand, where the public can not only see but also buy their products.

“In all honesty, I don’t know that we would have started this journey without the pandemic and without having been forced to shut down our existing business model,” Soliman said. “We are very proud to have been able to transform this period into a period of prosperity, growth and innovation. ”

What are the elements of Other House that make it a “second home”? Naomi Heaton: Our goal has always been to create an incredible second home for our residents – to be their “other home” – as long as they are in town.

We create apartment-style club apartments that feature a separate and beautifully designed living room, bedroom and kitchen, perfect for working, lounging or playing. We have also designed stunning private spaces with a bar, spa and gym for our residents and members to relax. And for those who wish to immerse themselves in the local atmosphere, we have created a destination bar and an all-day bistro. Guests can book stays of any length and control all aspects of their stay through our Other House app.

You’ve moved away from large-scale banquet and conference rooms for more intimate spaces. What were the changes in customer behavior that led to these decisions? The Other House concept has evolved through a residential rather than a hotel lens and therefore naturally revolves around more intimate and atmospheric spaces. We had no desire to introduce the formality of large impersonal spaces. Instead, we offer small meeting rooms, private dining rooms, screening rooms, private bars, and a spa. or

The journey began several years ago when, as the owner and CEO of London Central Portfolio, a private rental company in central London, I saw the rapidly changing style requirements. life and use of technology. There has been a marked shift towards smaller units with priority locations over space, a growing demand for ambitious interiors, and ultimately a desire for 24/7 service. I realized that while our tenants had beautiful places to live, what they were looking for was hotel style service.

What makes British design unique? The Other House celebrates maximalism and for us British design is about combining British artists with sustainable British craftsmanship, materials and practices, to create something truly authentic. We have a commitment to UK manufacturers and suppliers with all Residents’ Club furniture. We see this as an important step in contributing to the UK economy and minimizing our environmental footprint.

You stress a commitment to green technologies and sustainability, can you expand on that? Sustainability is a key motivator in everything we do. Aiming to be rated Excellent by Breeam, the world’s leading sustainability rating measure, we implement sustainable solutions from the start. We know that the people who will be staying with us are aware of the environment, as well as socially, and it is important that our residents can be a part of the environmental journey. So, for example, in addition to providing reusable coffee mugs and water bottles, we will use technology to monitor energy consumption and communicate it to customers through the Other House app.

Why did you choose Bergman Design House for this property and what did they bring to the project? We undertook a rigorous selection process to identify an interior design company that understood our vision. We needed a business that was attentive and courageous, daring, different and genuine. We wanted a young, enthusiastic but extremely talented company. They brought the magic of London inside The Other House, creating a journey of discovery, a world that is both fantastic and flamboyant, but also relaxing and heartwarming. Since their nomination, Bergman has been named Interior Designer of the Year at the 2020 Brit List Award, and I have no doubt there will be many more accolades to come.

Well-being and mindfulness through destinations and products

The first hotel on Beale Street is open.