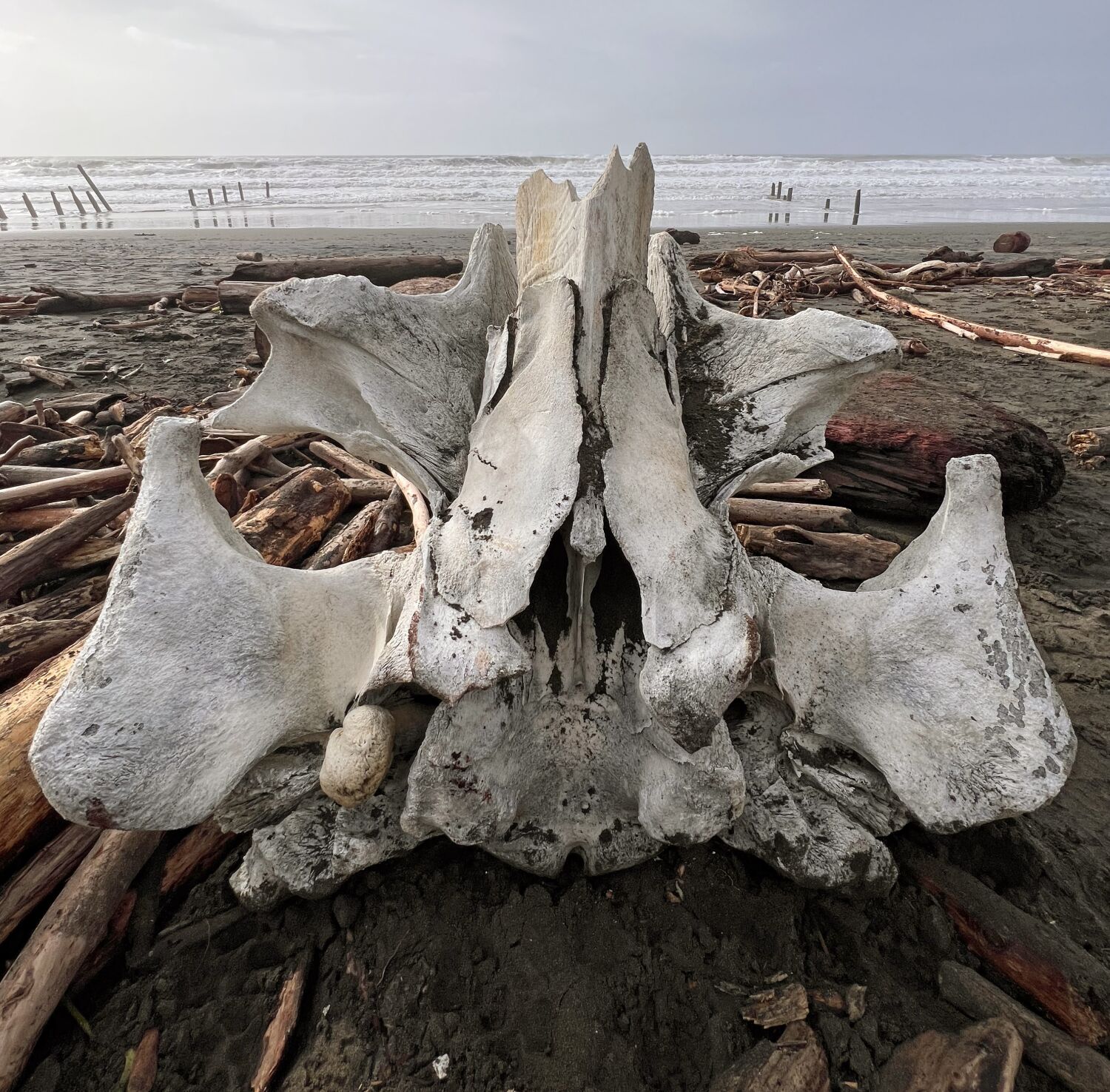 It’s not uncommon to find driftwood washed up on the sands of Fort Funston beach, but what Elke Teichmann and her roommate saw in the distance looked different.

Pieces of wood had washed up on the beach after recent storms, and Teichmann said she’d been looking mainly at reddish chunks of wood she hadn’t seen washed up there before. As she explored, she noticed an oddly shaped white object about 40 feet from the shoreline.

“Obviously it was a huge bone,” Teichman told The Times.

Thanks to a marine biology course, Teichman said the object looked familiar.

“It must be a whale,” she thought. “But I had no idea what part of the whale.”

Teichman pulled out her iPhone and began snapping photos of the object, which she said was showing signs of wear from the elements.

Robert Boessenecker, a research associate at UC Berkeley’s Museum of Paleontology, told the San Francisco Chronicle that the bone resembled a gray whale’s braincase, the part of the skull that contains the brain.

According to the National Oceanic and Atmospheric Administration, gray whales can reach 12 to 15 feet in length and weigh up to 90,000 pounds. The huge marine mammals are mainly found in the North Pacific Ocean, and in summer some can be found along the Pacific coast from southern Alaska to northern California.

Teichman, who frequents the beach with her golden retriever, said she had never seen anything like it on the beach.

“It was just really neat,” she said. “I wish I’d had my big camera. It was just so beautiful.”