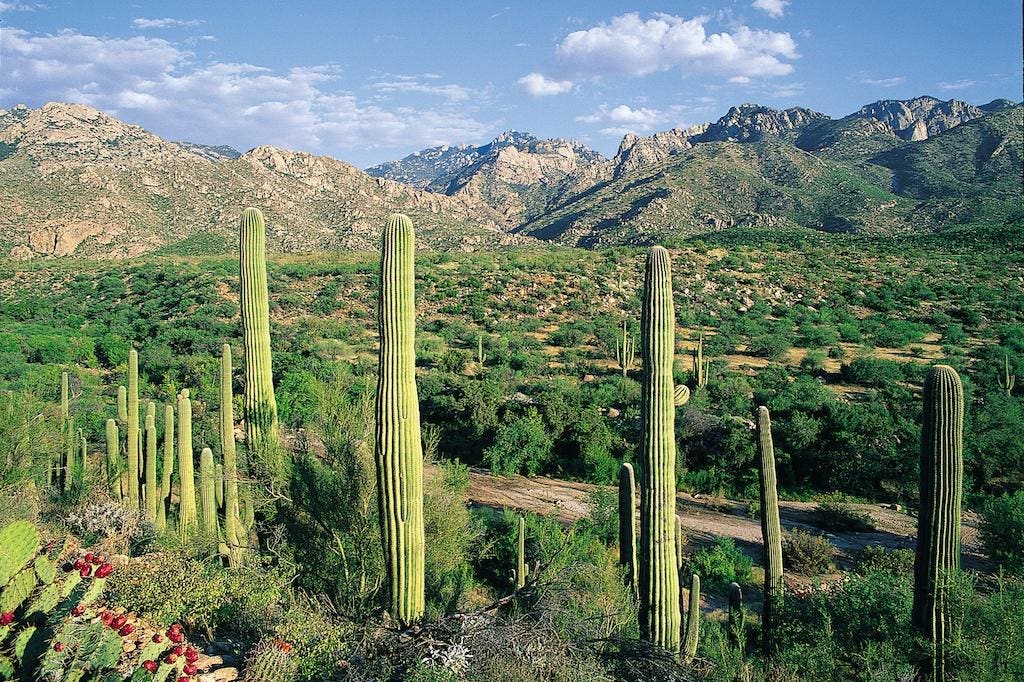 In December 2015, Tucson became the first American city to be designated by UNESCO as a “City of Food”. Seven years later, its title will transform into a culinary center slated to open in the fall of 2022.

Tentatively called the Tucson Gastronomy Collective, the project transforms a row of seven historic bungalows in the Arizona city’s Sunshine Mile into an epicurean hub.

The leaders of this project are Randi Dorman and Moniqua Lane, two Tucson developers who responded to a call for proposals on the redevelopment and preservation of these century-old homes. The houses were also saved from the wrecking ball, due to a widening of the road, and transported to their new location along a two-mile section.

Their concept made culinary sense. Lane, a Tucson native and owner of The Downtown Clinton hotel, recalled guests asking her for more information about the UNESCO designation and where they could go to experience it.

“All we had was a list of restaurants at the time,” she said. “Of course, in Tucson, we know that this designation is not for a specific restaurant, but it’s very difficult to pinpoint what it is; it’s our four-thousand-year-old food heritage.

Dorman, who had worked in advertising and branding in New York City, pointed out that the nonprofit organization behind the Tucson title had also done what it could to spread the word. Upon hearing that the bungalows were becoming available, Dorman realized what could be done further.

“It gives the opportunity to both [them], and just the designation in general, to have a home and amplify the message about our food story, and how people can experience it,” she explained.

Fletcher McCusker, president of Rio Nuevo, the downtown Tucson development alliance overseeing the project, said many of his sites as well as restaurants and chefs were instrumental in securing the name.

As a city surrounded by the Sonoran Desert, Tucson’s culinary lineage is intertwined with multicultural influencers who have lived and arrived here over time. It reflects Native Americans, European missionaries and settlers, and those who came from what is now Mexico during the mid-Spanish colonial period.

Tucson’s food timeline is also shaped by the desert itself, through harvesting and cooking with wild or transplanted desert crops and native seeds. Added to this recipe are the raising of cattle and the production of grapes, as well as long-standing cooking methods such as fermentation and roasting. In fact, Mission Garden is a living agricultural museum, with roots dating back to its origins as a Spanish colonial farmhouse.

With the “Tucson Gastronomy Collective”, Dorman and Lane will transform the relocated bungalows into a one-block multi-use space operating on four main elements.

“The Residency” is a rotating chef restaurant concept that will allow culinary professionals from other UNESCO Cities of Gastronomy to experience local cuisine. It will be based in the central bungalow and will begin by introducing chefs from Tucson.

“We want chefs to be able to flex their culinary muscles and take our heritage ingredients and use them in new and exciting ways,” Dorman noted.

“The Residency” will be connected to an adjacent bar-bungalow, known as The Regional Bar, via an indoor/outdoor space.

A newly built educational and commercial kitchen will also serve as a film studio and commercial commissary. Here, chefs, local vendors and business owners can develop original video content as a way to tell food-related stories.

An international market will feature regional food products from southern Arizona and products imported from other UNESCO Food Cities. Plans for the remaining bungalows will involve renting them out to creative local businesses.

It is expected that the Tucson Gastronomy Collective will also serve as a historic site.

Lane, who is opening another hotel called The Citizen in January 2022, has studied the culinary traditions of Pascua Yaqui and Tohono O’odham of Tucson, to respectfully create an indigenous space for them within the collective. “To be very attentive to working with the two indigenous peoples, to bring these voices to this space, was a surprise – and it is also a lesson in humility.”

Dorman agrees. “It’s truly an honor to help tell the story of this place through food. Ultimately, that’s what we want our site to do.