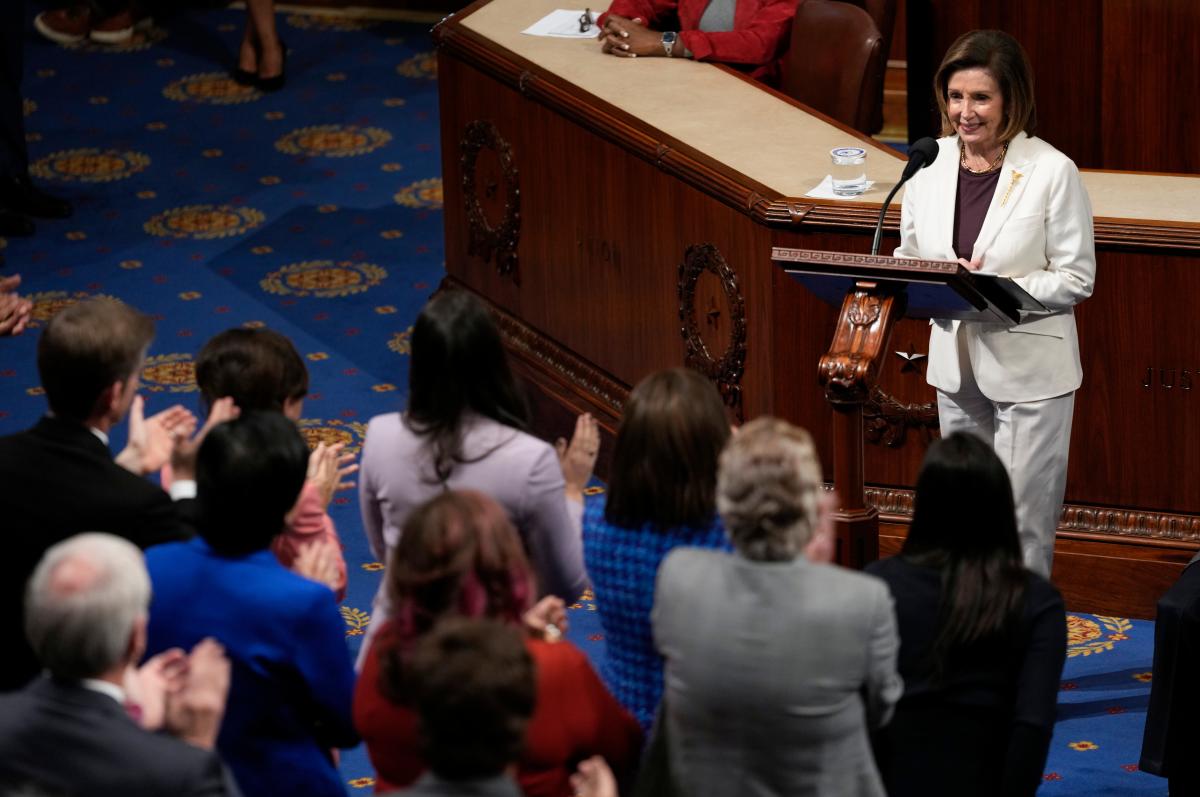 In the aftermath of the Nov. 8 midterm elections, both sides saw major leadership changes this week as the majority in the House became clear.

Former President Donald Trump also announced his 2024 presidential candidacy, and a bill that could codify same-sex marriage became a critical move in the Senate on Wednesday.

Outside the US, world leaders gathered for the annual G20 summit, an economic forum dominated this year by discussions about the war in Ukraine. President Joe Biden left the summit in Indonesia on Wednesday after meeting with new British Prime Minister Rishi Sunak to discuss the latest news about a missile that killed two people in Poland.

Here’s what you need to know about this week in politics:

The race for a California district northeast of Los Angeles was declared Wednesday night for Republican Mike Garcia. With Garcia becoming the 218th Republican to win a seat, the GOP officially regained majority control in the House. Their exact margin of victory over the Democrats remains to be seen, as there are still a few final House races to be held.

The Democrats had already managed to hold on to the Senate after Sen. Catherine Cortez Masto won her Nevada re-election race last Friday by defeating Republican challenger Adam Laxalt.

Pelosi will not seek reelection for party leadership

Speaker of the House Nancy Pelosi addressed the House Thursday morning to announce that she will step down as party leader.

With Majority Leader Steny Hoyer and Majority Whip James Clyburn making similar statements soon after, the announcement by Pelosi, 82, paves the way for the next generation of Democratic party leaders. New York Representative Hakeem Jeffries has announced his candidacy to succeed her.

Trump announced Tuesday that he intends to run for another term in the White House, his third campaign for the office. Trump’s announcement comes amid legal trouble and caution from some in his party after a worse-than-expected performance by Republicans in this year’s midterm elections.

His daughter, Ivanka Trump, who served as a senior adviser to Trump with her husband Jared Kushner, announced that she does not intend to be involved in his campaign this time. Ivanka Trump stepped back from politics, saying she prioritizes her family and supports her father “outside the political arena”.

Biden on G20 with Ukraine as focus

Biden concluded his trip to Indonesia for the G20 summit this week after meeting other world leaders at the annual forum.

The Russian war in Ukraine dominated the agenda of a summit usually focused on discussions of economic issues. Biden met with Britain’s new prime minister, Rishi Sunak, on Wednesday to discuss the latest war development — reports of a rocket attack and two deaths in Poland near the border with Ukraine.

The Senate on Wednesday defeated a filibuster on a bill to protect same-sex marriage rights by 62 to 37. Following this show of bipartisan support, senators are expected to vote soon on passing the Respect for Marriage Act.

The bill, which passed the House in July, protects marriage equality in light of Supreme Court Justice Clarence Thomas calling on the court to “rethink” the law. If it passes the Senate, the Respect for Marriage Act would then go to the White House for Biden’s approval.

In the House, Republicans elected Rep. Kevin McCarthy as party leader, making him the favorite to succeed Pelosi as speaker now that the GOP has won the majority in the House. Voting for the speaker takes place in January, when newly elected representatives are sworn in.