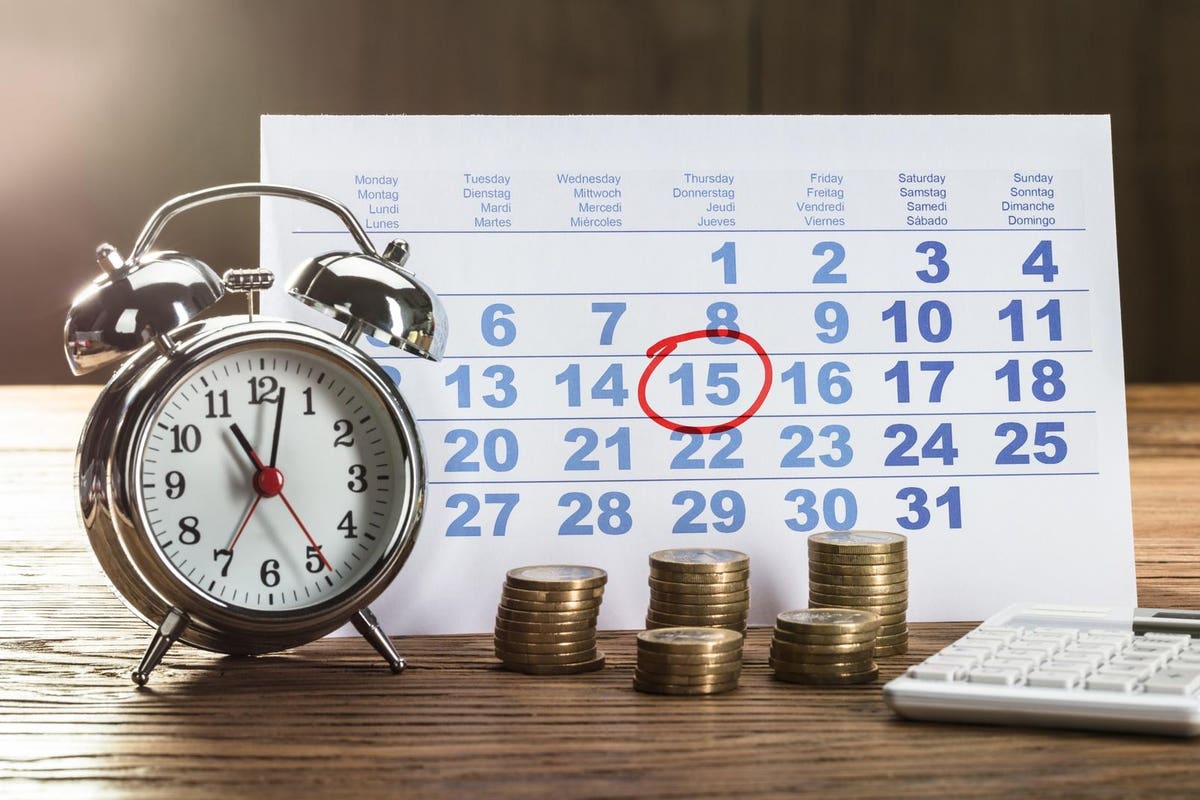 Inflation and interest rates are hot topics right now. When you tune in to the news, you’ll hear people talking about these terms, along with the consumer price index, the Federal Reserve, Treasury yields, the stock market, and more. Most of us have an understanding of inflation, but not so much of how the Federal Reserve decides to change interest rates.

Do they only use one report? Do they watch the stock market? To understand how the Fed makes its decisions, we need to look at the various economic data it uses as sources. By looking at multiple reports, the Fed can better understand where the economy stands now and where it could go. Based on that, they decide what to do with the interest.

Fortunately, there is a plethora of data scheduled to be released this week that will significantly influence what the Federal Reserve decides at its next open committee meeting on September 20-21. Let’s better understand this data.

The consumer price index (CPI) measures the price increase in the past month. Lately, this report shows an upward trend, although the total number fell in August. Looking at the headlines, you would think that the Fed has inflation under control. But if you dig deeper into the numbers, you’ll see that the significant drop in gas prices was enough to offset the continued rise in food prices and rents.

Since many people just looked at the headlines, the stock market started to soar higher. But Fed Chair Jerome Powell reiterated that inflation was still out of control on August 26, 2022. The stock market fell 7% in the days following these comments.

Because of these numbers, the market is down 3% at the time of writing. Anyone who looks beyond the headlines knows that inflation is still out of control and that the Federal Reserve will continue to be aggressive in raising interest rates. Unfortunately, many people have chosen to ignore the underlying numbers in the August report.

The small business optimism index report was also released today by the National Federation of Independent Business. This report is a small business overview, published monthly since 1986. It provides an excellent insight into the current state of small businesses and what small business owners see in their economic future.

The report shows that the index rose to 91.8 in August, exceeding analyst expectations. This increase is in line with the previous CPI report which showed that inflation was decreasing, again driven by lower fuel costs.

Although the index rose, it remains at an all-time low amid concerns about inflation and the difficulty of finding employees.

This report is essential to review as small businesses make up the bulk of the US economy.

The Producer Price Index is an inflation report that looks at prices from the wholesale side. It shows how inflation affects the cost of goods of those who make products. This report will be published on Wednesday 14 September 2022.

In the PPI report released in August, assessing the month of July, prices have fallen by 0.5%, the first time there has been a decline since April 2020. Most of the decline is due to the decline of gas prices. If you cut out food, energy and trading services, the index rose 0.2% in July.

Unemployment claims, both initial and continuous, will be released on Thursday, September 15, 2022. This will be a highly anticipated report due to signs of a weakening economy. Even though there have been cracks in the health of the overall US economy, evident in slumps in home starting, high inflation and an inverted yield curve, companies are still hiring.

In the most recent report on unemployment claims, there were 232,000 seasonally adjusted claims, just 5,000 fewer than the previous month.

As long as this trend continues, the economy could theoretically postpone or slow down a recession. With more people working and earning an income, they can spend money and grow the economy.

This monthly report comes from the Federal Reserve Bank of New York and provides insight into the state of the manufacturing industry in New York State. Although the survey only covers one state, it sheds light on the national production picture.

This report is expected to be published on Thursday, September 15, 2022. The recent trend has been negative, with an August report showing a negative 31.3. Anything below zero is considered a negative outlook.

Retail sales data also comes out on Thursday, September 15, 2022. This report features sales data from 13 industries, including auto sales, grocery, general goods, and more. Economists use this report to see how consumers spend money. If consumers stop spending, it could predict a slowdown in the economy. It could also indicate lower consumer confidence.

The July report came in at 0%, while analysts expected an increase of 0.1%. The overall trend was lower in the three most recent reports, so analysts don’t expect a reversal in the upcoming report.

The Consumer Sentiment Index is a consumer survey that reflects opinions about the health of the economy. The report is conducted monthly by the University of Michigan and will be released on Friday, September 16, 2022.

The findings are critical because if consumers are pessimistic about the economy’s near-term prospects, they are less likely to spend money, especially on expensive items such as cars and housing. The reverse is also true. More spending could lead to a positive outlook, keeping the economy growing.

Currently, the index is at 51.5, which is the second lowest value since 1980. For reference, readings in the mid-to-high 90s occur when the economy is doing well.

Housing reports will not be released this week, but on Monday, September 19, 2022. This will also be an important report to pay attention to as housing has been weak lately. Because housing makes up a large part of the economy, a slowdown in housing construction could have a ripple effect.

For example, homebuilders may withdraw from building new homes and lay off more workers. This has implications for the jobless claims report. Also, jobless people will cut back on spending, bringing us closer to a recession. Finally, consumer confidence may also suffer, as jobless people are more likely to have a negative view in the short term.

The next FOMC meeting is scheduled for September 20-21, and the Fed is expected to raise rates again. The amount of the increase is under discussion. Most analysts expect an increase of 75 basis points. Those expecting less may now think differently with the hotter-than-expected CPI report just released.

More data is on the way, though, and as I said, the Fed will take all of this into consideration when making its decision.

The economic reports released will influence the future of interest rates. They can also help the National Bureau of Economic Research determine whether the economy is in recession or not.

As a consumer and investor, you should also pay attention to these notifications. While you don’t need to study them in depth, you do need to look beyond the headline to get a full understanding. Often only selected numbers are pulled from these reports to make a headline, and these numbers don’t tell the whole story.

The result of the August release was an overconfident market that failed to understand that inflation was still there and not abating. By paying close attention, we could all have predicted that the recent rally would be short and avoided doing anything rushed.

For those of us who want to invest but don’t have the time to monitor every aspect of the market, check out Q.ai. Our artificial intelligence scours the markets for the best investments for all kinds of risk tolerances and economic situations. It then bundles them into handy Investment Kits that make investing easy and – let’s just say – fun.

Best of all, you can activate Portfolio Protection at any time to protect your gains and reduce your losses, no matter what industry you invest in.

No need for Russian price cap; Markets do it themselves.