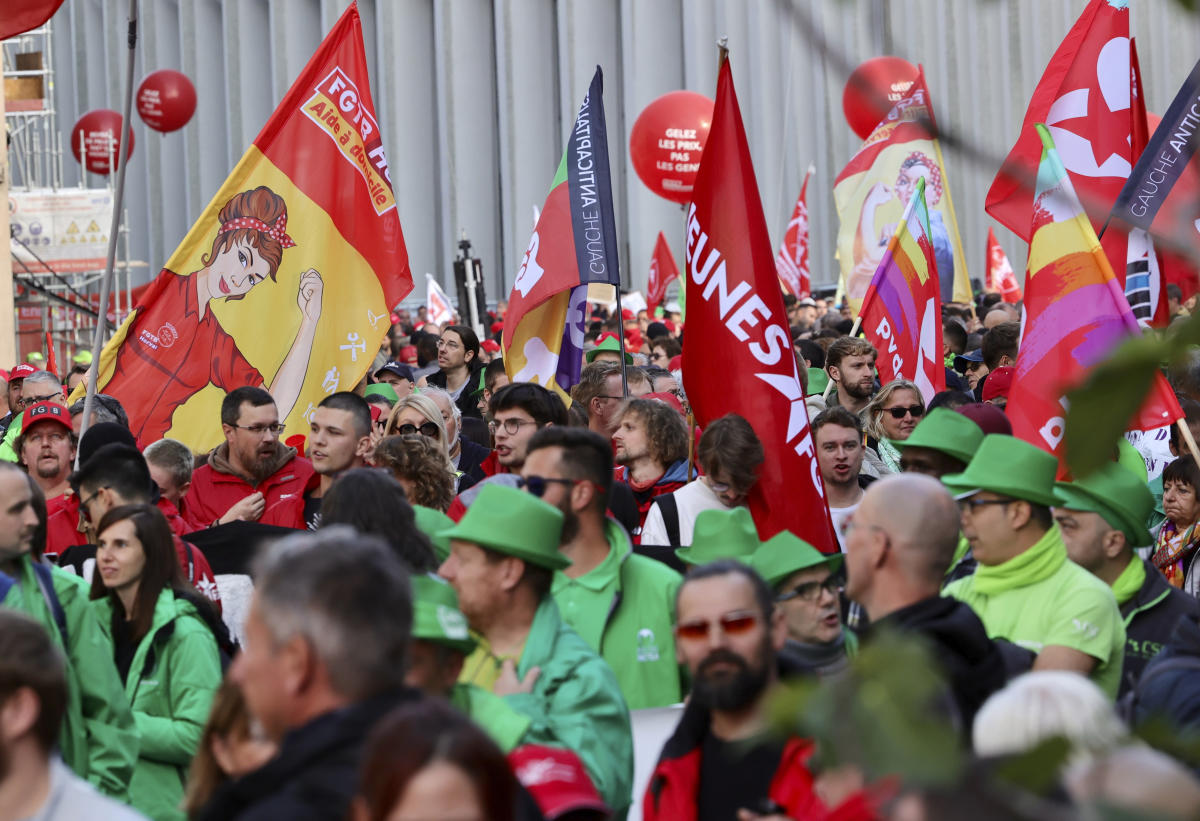 BRUSSELS (TBEN) — Thousands of people gathered in the Belgian capital of Brussels on Wednesday for “a national day of action” to protest skyrocketing electricity, natural gas and food prices and draw attention to the soaring cost of living.

Unions and city police said about 10,000 participated. People from all over the country gathered, marching behind banners that read ‘Life is way too expensive, we want solutions now’ and ‘Everything is going up except our wages’, or they carried signs that read ‘Freeze the prices, no people’. City traffic and public transport were blocked.

A poll in the Belgian media this week showed that 64% of respondents are concerned that they may not be able to pay their electricity and gas bills, which have more than doubled in the past year, while 80% of respondents said they already trying to realize energy and water savings.

“When we go shopping, what’s in the shopping cart now costs 20.30 euros (dollars) more, or even more, depending on the store you go to. We are reaching a point where our wallets can no longer keep up,” said Pascal Kraeso, a protester from Brussels.

Last month, Prime Minister Alexander de Croo warned that “the next five to 10 winters will be difficult” due to high electricity and natural gas prices fueled by Russia’s war in Ukraine.

The 27 Member States of the European Union have agreed to reduce gas consumption by an average of 15% this winter and, in particular, to reduce demand during peak hours. Next week, EU energy ministers will meet to discuss the crisis.