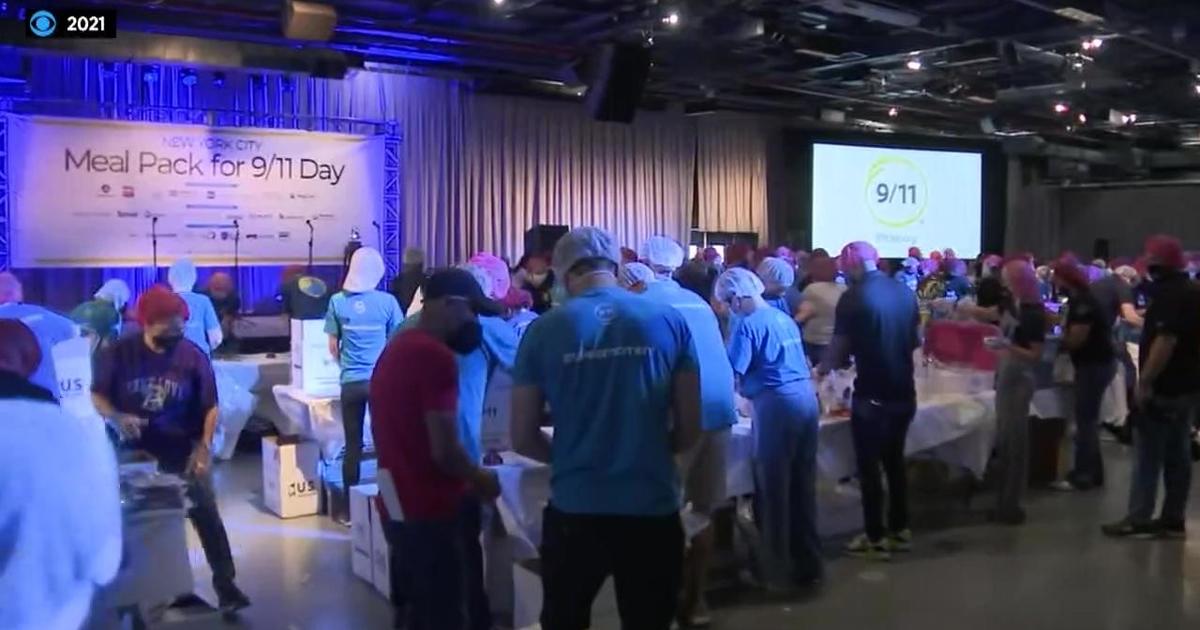 The Intrepid Sea, Air and Space Museum is hosting a volunteer event on Monday.

As TBEN’s John Dias reports, it’s all going to be about helping each other, just like we did right after 9/11 — trying to remember all the good that came from the unthinkable.

Thousands of volunteers will work in two-hour shifts throughout the day to pack approximately one million meals for City Harvest and the New York City Food Bank.

The volunteers work in assembly lines on the Intrepid and come from all over the Tri-State Area to lend a helping hand.

The mission is to reflect what happened after the 9/11 attacks, when people came together to help families and aid workers.

The event also takes place in other major cities across the country.

Since the event kicked off in 2016, more than 20 million meals have been packaged.

On Sunday, loved ones of those who died on 9/11 gathered for the annual reading of the names at the 9/11 Memorial, a somber ceremony that has become a ritual and pays tribute to all the lives lost on that day. It was a day to pause, reflect and honor those who were lost and hold onto their memories.

John Dias is an Emmy nominated reporter. He joined TBEN News in November 2017.